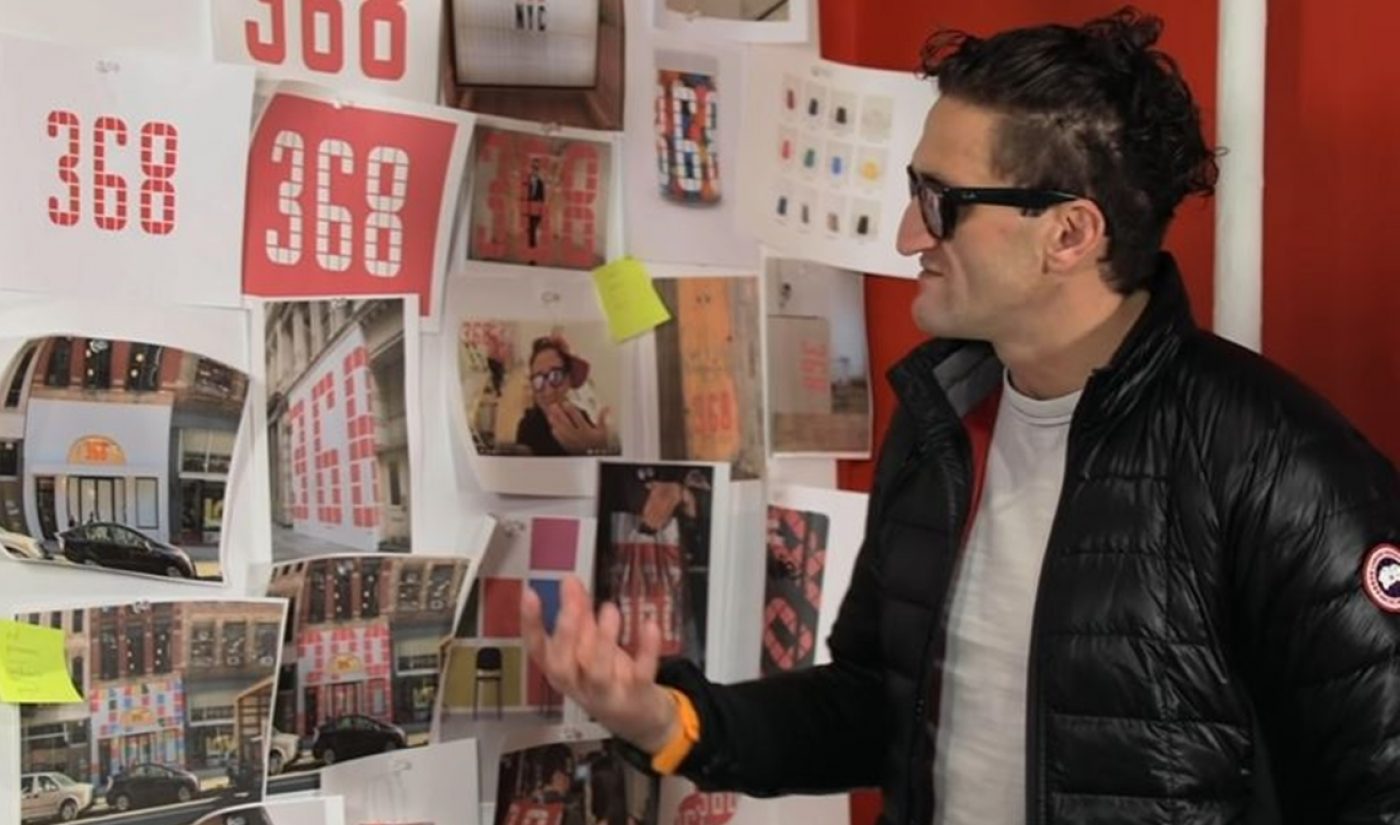 Casey Neistat’s 368 was founded last April as a collaborative physical space in downtown Manhattan, where creators of every stripe could access resources — including a state-of-the-art gaming station, a podcast studio, a kitchen for cooking content, and more — and tap into networking opportunities to take their careers to the next level.

While those tenants still stand central to 368’s mission, they aren’t free. And to cover the financial costs of realizing its vision of empowering the next generation of creators, 368 is working hand-in-hand with brands — an endeavor that Neistat has expertly pioneered on his personal channels, including a buzzy Oscars commercial and Christmas-themed stunt with Samsung, in which Neistat was lifted into the sky, Santa-style, by a custom-built helicopter.

In 2017, speaking at Brandcast, Neistat even recounted a moment when a fan told him that one of his Nike commercials had changed his life. That’s all to say that the 38-year-old clearly believes brands can produce fantastic programming that can be a boon to the independent creator community, helping both rising and established creators realize their visions. It’s this mentality that has also molded 368’s model.

“Last year, after the launch of 368, Casey worked hard to communicate the mission of the company on his YouTube channel,” 368 co-founder Paul Leys — who leads brand relationships for the upstart — tells Tubefilter. “After that, brands reached out proactively to see how they could support and work with creators through 368.”

In December, for instance, 368 joined forces with software leader Adobe — a fitting partnership given that the mission of both companies is to aid in the creative process and empower digital artists. Adobe and 368 launched a program to give aspiring creators a chance to help develop 368’s core visual identity — including a logo design, official photography for a press kit, and a sizzle piece. Three creatives were hand-picked from a total cull of 12,500 portfolio submissions — including a graphic designer, photographer, and video creator. And each winner was flown to 368 headquarters for one week of work, for which they received $5,000.

Adobe documented the workweek for a video on its own YouTube channel titled Keep Going (above), which the company says sought to portray the unvarnished struggle of the creative process. The piece was also screened during the ‘Brand Storytelling’ track at the 2019 Sundance Film Festival.

Adobe’s Jayson Oertel, who heads up social strategy for the software company, says that the company had not worked with Neistat prior to its engagement with 368.

“This is an ongoing relationship,” he said. “We are continually working with 368 on how we can help aspiring or new creators. In doing so, Adobe can grow our presence with the 368 community, developing new stories that we can document and share.”

Given that the seminal team-up spawned a broader relationship, Adobe once again tapped 368 last month to promote the arrival of its Premiere Rush video-editing software — a cross-device, cloud-based app that aims to be simple and intuitive for nascent creators — on Android. (It was already available on iOS). 368 produced several social spots for Adobe’s Instagram account that also turned a spotlight on emerging creators like lifestyle vlogger Jessica Neistadt, travel creator Lizzie Peirce, storyteller Taylor Behnke (pictured below), and filmmaker Ann Lupo. 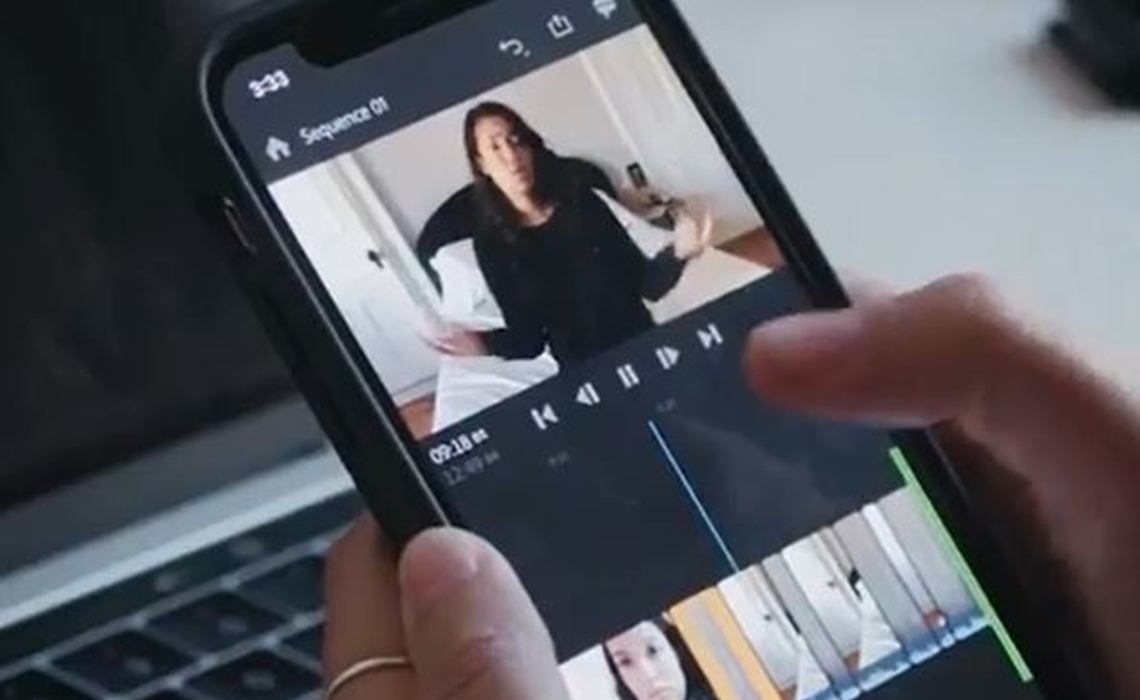 “368 is building an incredible community of internet creators in New York City that has enabled Adobe to discover creators that we wouldn’t have otherwise met,” Oertel says. “Building a community is what enables us to elevate up and coming creators, like Ann and Taylor, and we’re seeing this content perform really well in Adobe’s video creator community.”

Leys notes that despite its ever-expanding work with creators and brands, 368 — which counts eight staffers to date, even as Neistat recently announced his move to Los Angeles — neither functions as an MCN or ad agency.

“We aspire to create a community via our physical space — and, in the near future, a digital platform available to all — that brings together like-minded creators and enables those creators to make a living off of their work,” Leys says. “If we can be the bridge that connects brands and the creator community, then we have a great business.  We are only a year in, but so far the business of 368 is doing well.”

In addition to Adobe, 368 has collaborated with a host of other brands on sponsored endeavors. The startup has worked with Uber-owned Jump Bikes to create videos directed by and featuring digital creators, it facilitated a Gyphy and Twitter campaign for MAC Cosmetics and Akilah Hughes surrounding last February’s Academy Awards, and recently launched a pilot program with New York-based retailer B&H for a gear locker stocked with filmmaking products accessible to local creators (pictured below). 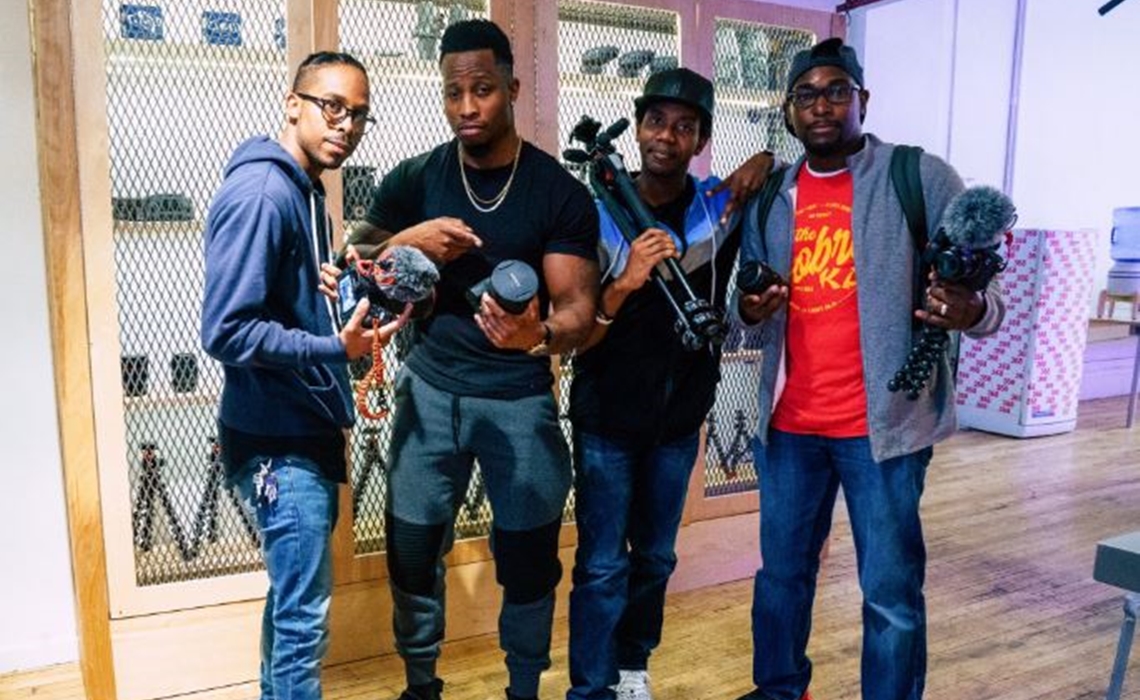 And given its founding identity as a community space, 368 has also hosted numerous brand-driven events at its headquarters. Last fall, the company welcomed GoPro CEO Nick Woodman for a panel discussion to fete the launch of its latest Hero 7 device. It also hosted a mobile horror film festival alongside mobile camera app and gearmaker Moment last Halloween, and most recently welcomed David Dobrik for a merch pop-up shop. 10,000 people swarmed the event, which was sponsored by frequent Dobrik collaborator SeatGeek.

And Leys and Oertel say that more collaborations between 368 and Adobe are forthcoming — including “future content programs, as well as a larger, overall collaboration,” Oertel says.

“The partnership’s goal is to share what it means to be a creator,” he concludes. “With Adobe, the brains behind many of the tools creators use, there is an organic relationship between the company and the community. The work we are making with Adobe aims to further that message.”