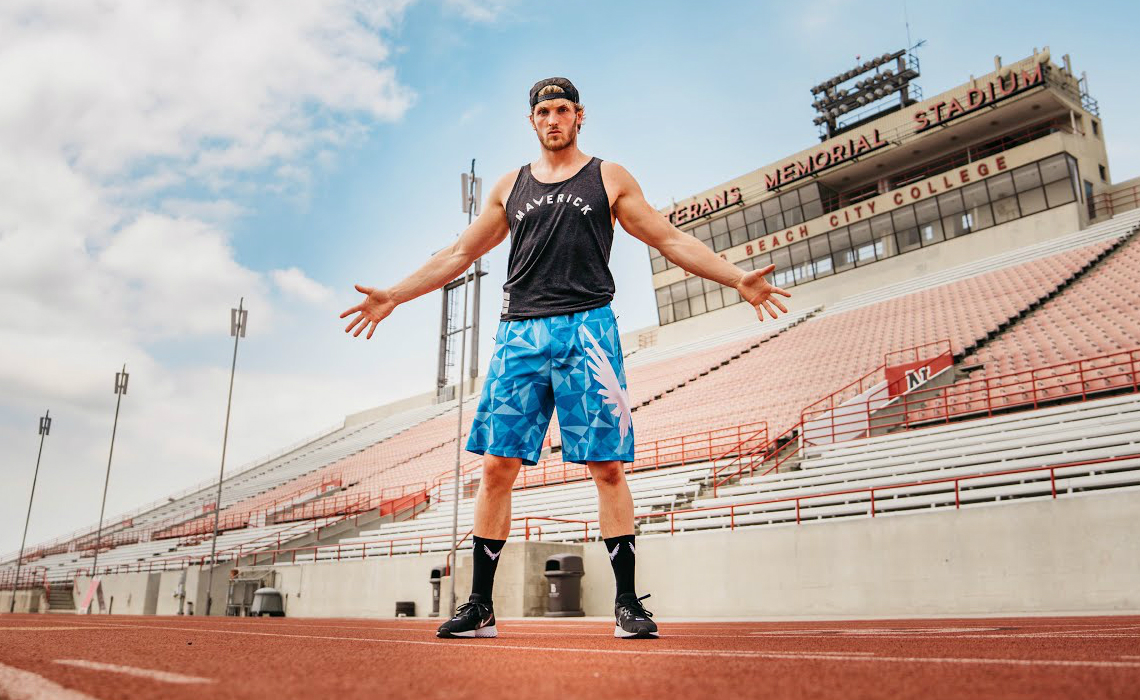 Logan Paul recently made an appearance on Fox Business, ostensibly to talk about why he won’t switch from YouTube to Facebook. But over the course of the off-kilter seven-minute interview, Paul also hyped his upcoming YouTuber versus YouTuber event ‘The Challenger Games’ and revealed that, for the first time, his income isn’t covering his expenses.

When Regan got to business, though, asking Paul why he exclusively makes content on YouTube despite having 15 million Likes on his inactive Facebook Page, he was frank: YouTube is better at monetization. “That is the home, for me as a creator, where not only can my content be seen, consumed, digested — but also, they pay,” he said, adding that “for now,” he’s pretty much set on staying with the world’s largest video sharing site.

But YouTube’s better monetization isn’t keeping Paul out of financial trouble. He revealed that his financial manager recently sat him down for a talk about the fact that his expenses have surpassed his income. When asked if that makes him nervous, Paul said, obviously sardonic, “Yeah, absolutely, I’m terrified. I think it’s the beginning of the end.” (It’s worth noting, though, that Paul has for years lived a noticeably lavish lifestyle, and judging by his recent videos, that hasn’t changed and isn’t overly likely to.)

Paul’s declining income inarguably stems from the notorious January 2018 incident where he filmed the body of a suicide victim in Japan’s Aokigahara forest and included the footage in a vlog. As a result, YouTube temporarily yanked his monetization — though it was restored shortly after — and cancelled his YouTube Premium film The Thinning — though that’s now back on.

But not all consequences were so temporary. In his 2018 wrap-up video, Paul admitted the vlog had destroyed his “image” and severed “every professional relationship I had.” It also had a major, measurable impact on his primary source of income: YouTube views. His monthly view count dropped dramatically, from between 300 and 400 million to, now, less than 100 million. (It’s worth noting that his brother Jake has also said Logan’s behavior had a drastic negative effect on his income; in October, he told Shane Dawson that the Aokigahara video cost him multiple seven-figure brand deals and “dramatically affected my business.”)

However, Paul also has another source of income: live events. We’ve written about how Paul and his so-called ‘YouTube World Championship’ boxing opponent KSI likely grossed millions off their event last August (minus expenses, the cost of which we don’t know). Paul and KSI apparently intend to follow up that match with another fight sometime in the future, but Paul’s not waiting for that — he’s going ahead with another YouTuber versus YouTuber event this Saturday, July 27.

The competition (which Paul says will raise money for charities including the Special Olympics) apparently came together thanks to this tweet from Paul:

Competitors (including Logan, Jake, and creators like Alex Wassabi, Austin McBroom, FaZe Rug, LaurDIY, and Deestroying) will face off in various track and field events, like a relay, long jump, and 100-meter hurdles. Each event has a cash purse that will be donated to the winner’s chosen charity. It’s not clear if the cost of tickets (between $30 and $250 to see the event live at Long Beach City College Stadium) will also be donated to charity.

Paul will stream the event in its entirety on YouTube, beginning at 5 p.m. West Coast time. Whether it will be behind a paywall like his battle with KSI was, we’re not sure.

You can watch a trailer for The Challenger Games below.