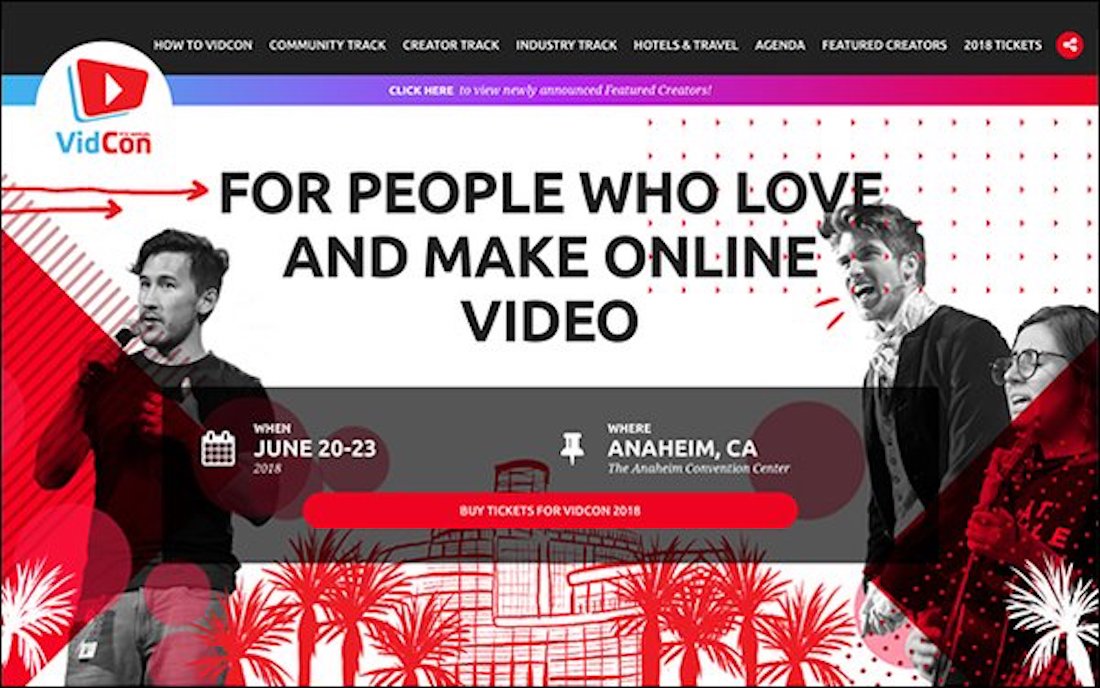 Insights: VidCon And Its Influencers Are Bigger Than Ever, But What About The Kids?

Did you make it to VidCon last week? I hope so. I always tell people in entertainment, marketing and advertising that they should go at least once, to understand the customers they’ll be talking to for the rest of their careers.

This year’s show was another total sensory overload. As co-founder Hank Green might put it, the show fully utilizes the vast Anaheim Convention Center and spills over into neighboring hotels and beyond.

It was, generally speaking, pretty great, if pretty overwhelming. My only concern, as VidCon gets bigger, more tightly controlled and more intensely siloed, is whether it will still provide that same visceral understanding of the influencer industry’s intensely connected fans. Basically, can the premier event for IRL connecting of the amorphous mass of digital stars, support businesses, multiplying platforms and fracturing fandoms continue to be its best connector as it grows and changes?

When I tell Hollywood types they should schlep 50 miles south on the brutally congested Interstate Highway 5, brave terrible parking and mystifying roadblocks and nonsensical pedestrian barriers at the Anaheim Convention Center, then sweat through toasty temperatures and tens of thousands of alarmingly young and awkward tween/teen attendees, I get plenty of dubious looks.

But those looks don’t come from people who’ve been, particularly those who’ve been for a few years running. They get it.

Endless Networking And Lots Of Panels

For the pros, the industry track features endless networking and smart panels with top executives (you can listen to my Headliner Stage conversation with the World of Wonder founders, who produce RuPaul’s Drag Race among much else, on my Bloom in Tech podcast). Plus, many thanks should be heaped on AirTable, which this year sponsored the Industry Lounge and kept hundreds of high-level attendees fed and watered.

My quick trend-sniffing takeaways from this year:

If you’re a creator, VidCon’s nuts-and-bolts panels detail how to wring more dollars, sense and followers out of your very hard work. That information should pay off within weeks.

And then there are those darned kids. They’re everywhere at the convention center, at least on the ground floor, where the show’s ever-tightening security confines and corrals them. Often, a good-sport parent trudges alongside, everyone kitted out with  those sponsored draw-string backpacks as they figure out the next event or appearance or bathroom break.

Until this year, the show put its three tracks on three stacked floors of the Convention Center’s main building, the industry track on the top floor, the kids on the ground. Fans weren’t allowed on even the second floor among the creators. But for someone with an industry pass, to leave the building, you had to descend in Trump-ian fashion on long escalators down into first the creators and the masses of giddy fans.

Tracking The Wild Fan In Their Habitat

Whether you wanted to or not, it was a chance to see the various species of fans at close range, in their natural habitats. Walk through nearby doors  and you’d be in the vast exhibition hall, among consumer brand activations, platforms’ experiential-marketing installations, and random merchandise booths. It’s the one place all that digital energy comes together in physical form.

This year, in a move that classed up and physically concentrated the industry-track experience, we were all tucked upstairs in the Convention Center’s new North Hall, physically separated from the fans and creators

Back a few years ago, even the Industry Track presentations would be punctuated by the screams of masses of young fans who’d spotted some online star who was crossing the plaza far below. It’s what Beatles fans would have been doing if we had social media, or the Internet, in 1964.

That’s not happening anymore, thanks to security that keeps the featured creators cocooned in nearby hotels and transported down secret tunnels to appearances.

VidCon is better, and bigger, and more lucrative than ever. But it’s also a little more antiseptic, and for the industry track, more disconnected from that mass of fans in the other building, the fans who are, after all, the ones who make it all go. Oh, you can still find them, no doubt, if you go looking. But that’s the point. You have to go look. You could attend the entire show, learn a lot, but never really rub shoulders with the fans.

There was plenty to admire about this year’s VidCon, and lots to look forward to as the conference continues to expand internationally (Mexico and Asia venues were just announced).

I just hope that, as it grows, VidCon doesn’t become a metaphor for the social-media world it seeks to convene, a world that is increasingly corporate, cool and bloodless. That would be a shame. For the kids’ sake, I hope they can find a way to keep us all together.