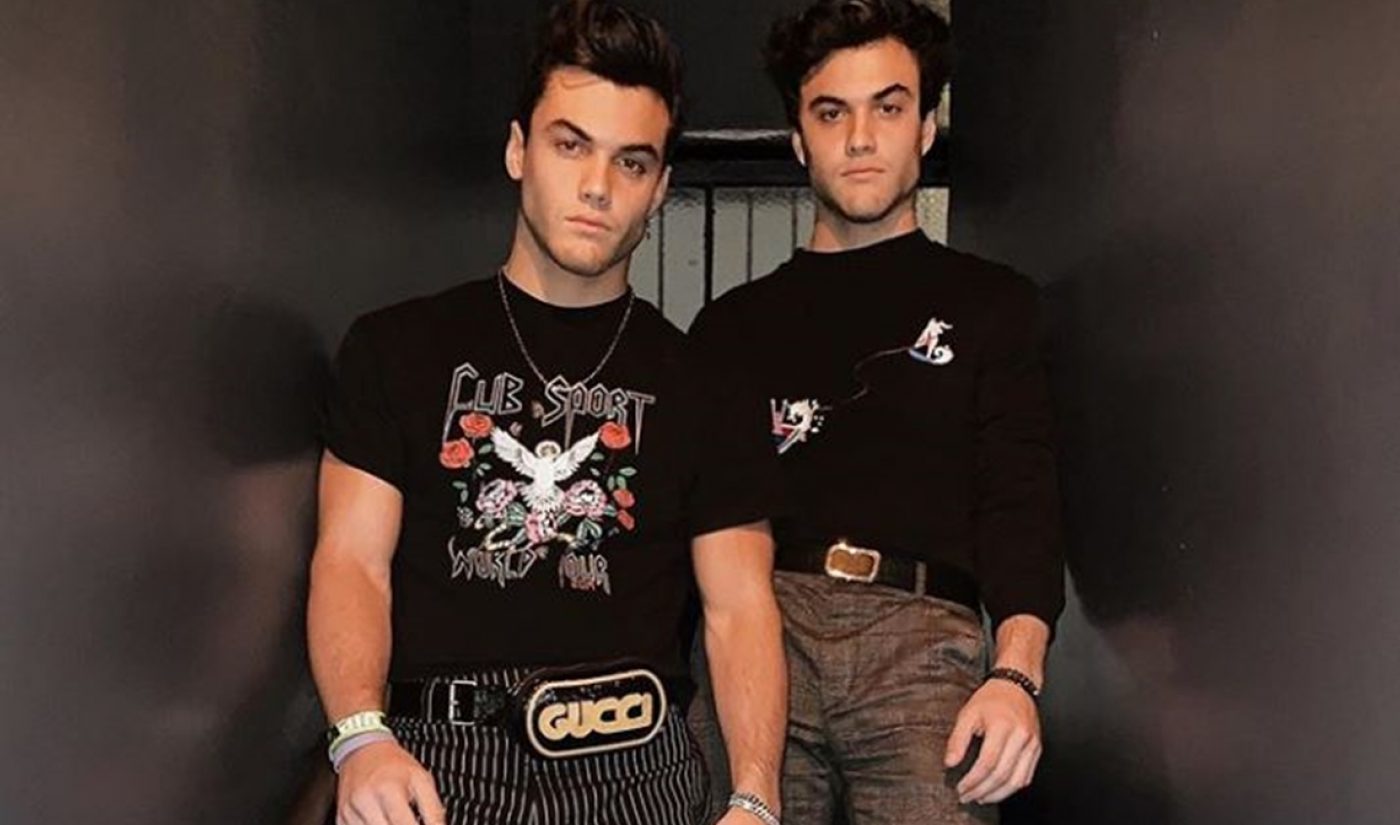 YouTube’s Dolan Twins — an identical twin duo that has amassed 40 million subscribers across social media on the strength of their weekly comedic vlogs — are getting into the fragrance game.

Ethan and Grayson Dolan — who are 19 — are collaborating with a brand new Gen Z and millennial-targeted fragrance brand called Wakeheart to launch two unisex fragrances. Pricing information and photos of the products were not immediately available, but will be revealed by the guys on their social media accounts on Friday, which is when the brand will launch at Wakeheart.com. Wakeheart is also on Instagram.

“From a young age we have always loved fragrances and the memories and experiences they remind us of,” the twins tell Tubefilter. “We had the idea last year to launch a fragrance for our fans who have been on this journey with us since the beginning. We really felt that our mission aligned with Wakeheart — to promote self-confidence and encourage positivity.”

Wakeheart was founded and is being incubated by digital entrepreneur Kevin Gould alongside his team of roughly 20 staffers at Kombo Ventures — a Los Angeles-based holding company that not only manages digital creators and serves as a creative agency but also incubates its own in-house brands. With Wakeheart, Kombo is aiming to seize a white space in the fragrance industry for young consumers, given that the space is currently dominated by legacy brands.

This isn’t Gould’s first foray into the beauty biz. He and two early ColourPop execs recently launched a socially savvy hair brand called Insert Name Here, which is not affiliated with Kombo Ventures.

While Gould acknowledges that launching the Wakeheart brand via collaboration is something of an unconventional approach, he notes that the company will unveil standalone items — as well as additional collaborations — later this year. And while it is bowing as a direct-to-consumer brand, Gould tells Tubefilter that Wakeheart could see a larger retail rollout down the line, and even expansion into different product categories, like body sprays and washes.

“I think in the world we live in today, there is no one-size-fits-all way to launch a brand,” Gould said. “We are targeting a broader standalone line later this year and into early next year, and looking at collabs in parallel.”

Both Ethan and Grayson created their own individual scents for Wakeheart alongside perfumer Guillaume Flavigny of famed fragrance house Givaudan. Grayson’s fragrance contains notes of cool rain and lychee, while Ethan’s comprises silky almond and toasted vanilla. Both twins were heavily involved in the development process, they said, with scents that are inspired by their own scent memories.

In addition to their fragrance launch, the twins have recently collaborated on massively-viewed YouTube videos with Stranger Things star Noah Schnapp and the luxury fashion house Louis Vuitton.