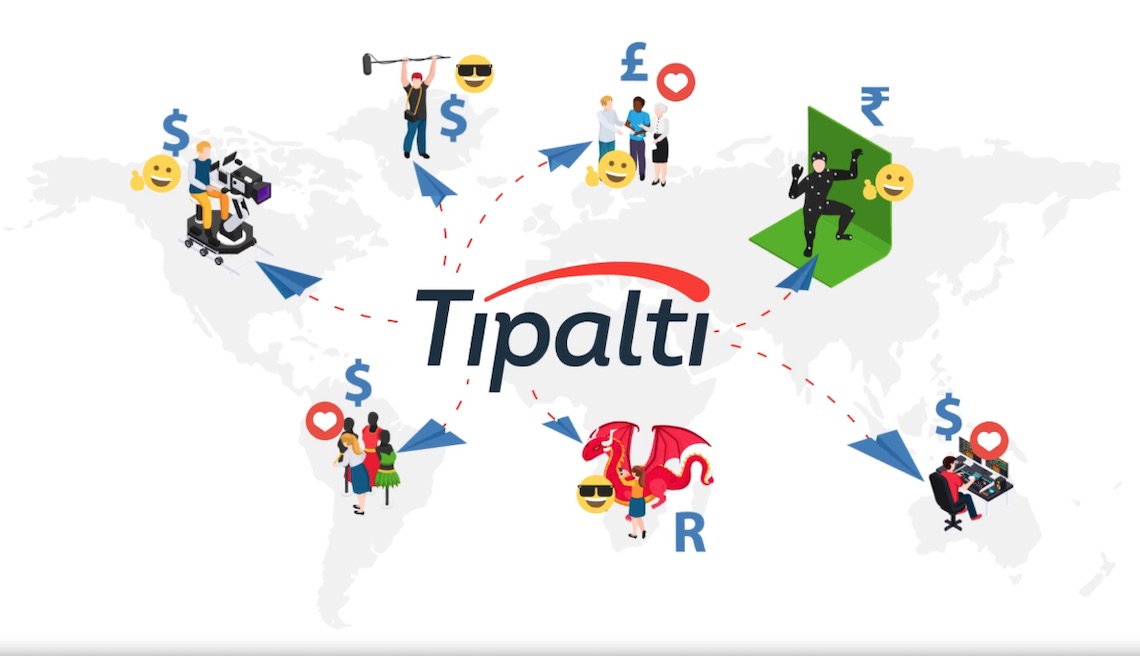 Tipalti Works Behind The Scenes To Ensure Creators On Twitch, Wattpad, Vimeo, And More Get Paid On Time

Tipalti is a software company that processes payments for dozens of partners — including the aforementioned platforms and other new media entities including AwesomenessTV, GoDaddy, Roku, GoPro, and Talentsy — across industries, freeing up those companies’ back office resources to focus on growth and user friendliness instead of stereotypically banal financial tasks. But when it comes to the content creation space and businesses driven by the creators who make that content, Tipalti’s primary function is strengthening the bond between platform and creator, Derek Cheng, the company’s senior director of corporate and content marketing, tells Tubefilter.

“When you’re working with a partner or a streamer or a creator, you want to appeal to them,” he says. “You want them to hopefully come back and be reliable for the next project or next stream.”

And the means of solidifying that reliability rests almost entirely in on-time payments. Creators are understandably drawn to platforms and partners that allow them to monetize their content, but if those platforms and partners struggle to pay out to them in a timely manner, they’re just as understandably likely to move on to somewhere and something else that will. Maybe that’s a competing service or maybe it’s a crowdfunding membership platform like Patreon — where subscribers pay monthly or per-creation fee to have access to creators’ exclusive content, and creators are paid out at the beginning of each month.

That means Tipalti’s services are a necessity in a digital ecosystem that heavily relies on user-generated content, especially when the creators of that user-generated content expect to get cash in exchange for their work. Tipalti’s job is to make that payment process as simple, quick, and “much more straightforward — that’s a big part of what we do,” Cheng says.

So how exactly does Tipalti do that, aside from serving as a third-party processor that takes the accounting burden off platforms? One of the biggest ways it paves the path for money to more easily reach creators is through its early payment program. It’s essentially an old school financing solution optimized for newfangled digital media entertainment and content creation. Here’s what it looks like in action: if a platform or creator organization (e.g. a multichannel network) arranges a brand deal with a company on behalf of one of its creators, that company may not pay the platform or organization for a net 90 days after the campaign has completed. And if the platform or organization isn’t getting paid, neither are the creators.

“So they don’t get paid for 90 days,” Cheng says. “That means the network has to absorb those 90 days as a cashflow issue. Then they’re going back to their creators and saying, ‘Well, we’re going to pay you in 90 days as well.’ That’s terrible, because then that creator has to deal with their own cashflow issues.”

Instead of making creators wait to be paid for their work, Tipalti fronts their payments on behalf of the platform or organization for a small fee (how much that fee is isn’t disclosed), then collects the reimbursements once the platform or organization is paid by the brand or advertiser. It’s a useful cog in a the ever evolving and more granular machine that is the now $100 billion U.S. digital ad revenue ecosystem (of which online video is roughly 15%). The size of the market has prompted specialization for services like influencer marketing and copyright management, it makes sense it would hit the financing, too.

Creator loyalty is vital for platforms, and is something Tipalti focuses on as it helps platforms grow, Cheng says. “Original content is coming from the ground up,” he says. “From our point of view, [platforms] grow via automation” which Tipalti offers by processing payments “and having a global mindset toward content development. And the creator satisfaction part — obviously that plays a big role.”