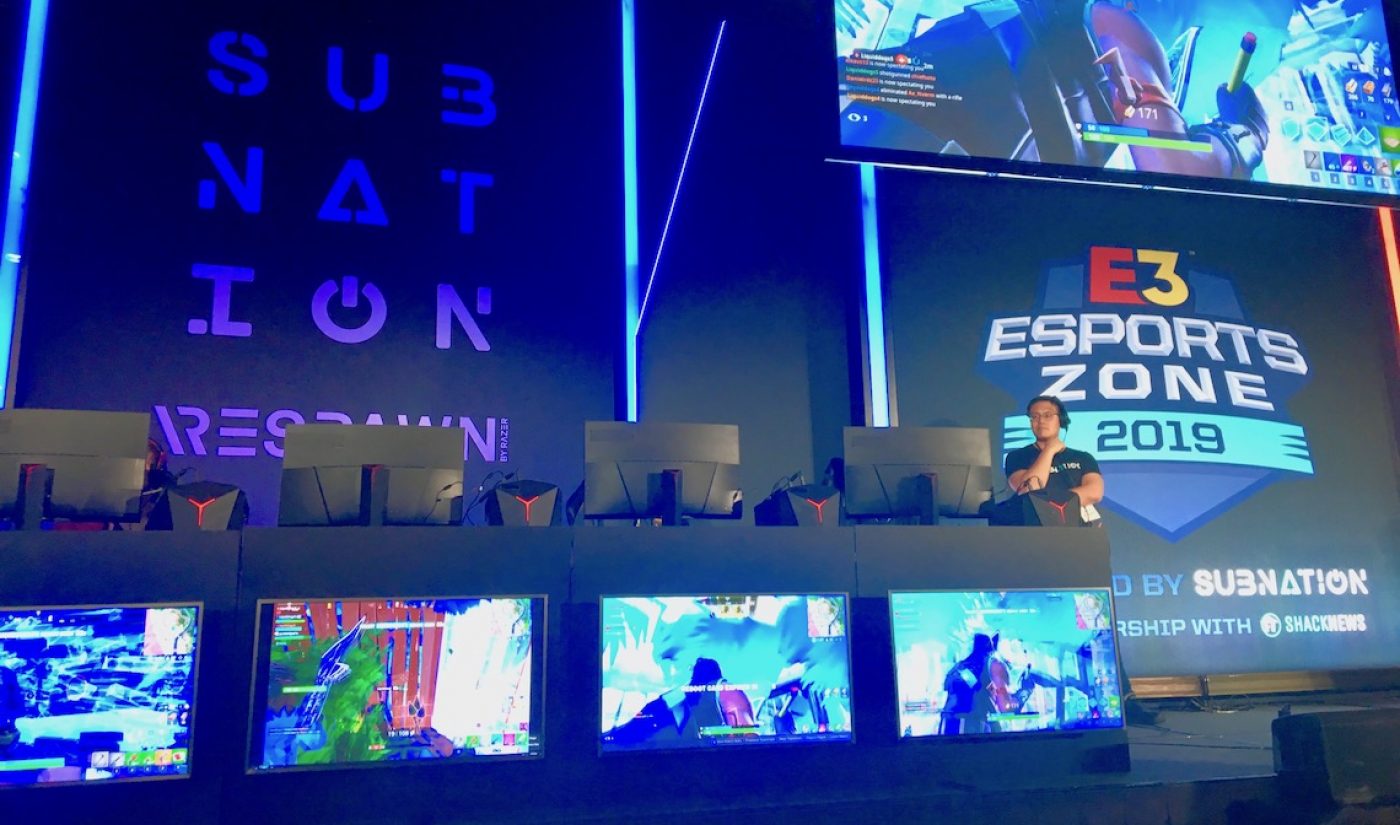 Hollywood has been transfixed by the pell-mell rush into online streaming-video services from both traditional media and big tech companies. But all of a sudden, we’re getting the same kind of rush with streaming game services too.

These services promise endless access to lots of games. Indeed, many are described as “Netflix for games.”  I’m not sure the acronym SGOD (as in Subscription Gaming On Demand) will catch on, but they promise we’ll be able to play those games across multiple devices, as much as we want, anywhere we are. And because of new high-speed technologies, we’ll be able to play even the most technically demanding titles on fairly pedestrian devices.

This land rush, like the one for video, will surely lead to some big winners and some big busts over the next three to five years. As both video and game services emerge from the same companies, I would expect to see them bundled together, to keep customers inside a particular ecosystem.

I also expect we’ll see some of the smarter companies try to differentiate their services with a compelling social overlay. Cloud-based services that make it easy for communities to connect and talk while playing games are more likely to attract and keep subscribers.

Fortnite is the big inspiration here. Its standalone success as a social connector for its 250 million users (and prominence on Twitch as the most-streamed title) show what’s possible when a company gets it right.

In turn, influencers may get to stake out a new audience in these relatively wide-open new frontiers. Just think what happened to Ninja’s career when he climbed on Fortnite‘s battle bus and rode it to million-dollar-a-month success.

To make that happen, though, the cloud services must figure out how to connect personalities and play patterns in ways that will keep people coming back.

There’s plenty of incentive to figure it out. NewZoo estimates that games on all platforms last year grossed $134 billion worldwide, more than half of all money spent on entertainment. Mobile gaming garnered about half that total, but really, people are playing games in many ways.

They increasingly are enjoying esports, watching other people live-stream games, and playing alongside groups of friends. They’re talking in the Fortnite lobby, a Twitch chat, a Destiny 2 or Counter Strike team, or through Discord. And the new augmented-/virtual-reality games coming down the pike are only going to increase the potential for game-like experiences that are more immersive, social and connected.

Amid all this, lots of companies are jumping in. Last week’s mammoth E3 game conference was the occasion for many announcements, making clear how crowded this space will soon be.

A Stadium’s Worth  Of Competitors

The biggest announcement probably was Google’s Stadia, though the announcement itself was poorly received by many in the notoriously exacting gamer cognoscenti.

The most surprising announcement was the agreement between archrivals Microsoft and Sony to partner on streaming services built on Microsoft’s Azure. For all its crossing of matter and anti-matter, the deal was much better received by those same (now puzzled) cognoscenti.

Sony and Microsoft also announced coming successors to their PlayStation 4 and Xbox One consoles that will surely revolve around the new game- and video-streaming services (Microsoft hasn’t even waited for the next generation, recently releasing a digital-only variant of its current Xbox).

Verizon is building a cloud-based game service to leverage its massive investment in super-fast, super-responsive 5G mobile technologies. We can only hope it goes better than Go90.

Given Verizon’s initiative, I wouldn’t be surprised to see something from archrival AT&T.It too is spending tens of billions of dollars building a 5G network, and also owns WarnerMedia, which is launching a streaming-video service next year.

Could a Warner game service through the WB Games subsidiary also be coming? It could build on foundational properties such as the brilliant Batman series Arkham Asylum and what will certainly be an endless fountain of Harry Potter titles. AT&T surely is going to want more ways to get people to use its 5G service, and more reasons to pay for subscription content.

Amazon has Twitch, the epicenter of live-streamed gaming video, and also runs AWS, the immense cloud service powering a significant chunk of the Internet. Amazon is also developing several ambitious games, though just as E3 closed, word came that it had killed some titles and is laying off dozens of people.

Drop A Dime In Apple’s Arcade?

Earlier this spring, Apple announced its cross-platform Arcade subscription service, now pushed to a fall debut. As an Apple user whose gamer-geek impulses have never been well served on the Mac, I’m looking forward to playing purpose-built new titles from great developers that will run across my Mac, iPad, and iPhone.

Comcast, with a streaming-video service coming from its NBCUniversal unit, already is a big investor in esports, recently announcing a $50 million stadium in hometown Philadelphia for its Overwatch franchise.

Even game publishers are, um, getting into the game. Ubisoft, Electronic Arts, and maybe Activision Blizzard are all bringing services. Riot Games is building out a service that sits atop its sole commercial property, the hugely popular League of Legends. Valve’s Steam service, a long-time part of this world, continues to evolve too.

And if that isn’t complicating enough, the company that inspired the idea of creating a “Netflix for games” is increasingly …getting into games. Netflix needs to expand its  revenue base beyond video subscriptions. Can a full-fledged service with games inspired by titles such as Stranger Things, Bird Box, and Altered Carbon be that far behind?

And Snap, reviving from last year’s awful funk, already has launched multiplayer games wired into its main service. Given Snap’s creative (if not financial) track record, the potential here for clever augmented-reality games with friends is huge.

The big player not popping up in any of these conversations is Disney, which already has a video bundle  in the making with ESPN+ here, Disney+ on the way, and newly acquired Hulu under restructuring.

Disney has a lengthy, not always positive history with gaming. But creating a cloud-based service seems inevitable, especially given Disney’s existing interactive unit and game assets like its Kingdom Hearts collaboration with Square Enix, its Star Wars and Marvel universes that already have spawned dozens of games, and half a hundred other storied franchises.

Lots of technology is arriving in the next couple of years to power all this. Those 5G mobile networks will be crazy fast, with extremely low latency, which means when you do something in a multiplayer game, it reacts in a couple of milliseconds.

At E3, the cable TV industry was showing off its 10G initiative, which will be even faster (10G stands for 10-gigabyte data streams; the average American household these days has something like a 50-megabyte connection). The downside, of course, is that 10G requires an actual physical line into your home. Its extraordinary potential speed still can’t provide 5G’s mobility and flexibility.

Winning the race for a gaming subscription service amid all this competition won’t be easy, but it’s clearly where a lot of companies want to go. As Deloitte Digital detailed in a recent report, more Millennials now pay for a videogame service (53%) than a Pay TV subscription (51%). That’s a net shift of 10 points difference between the two in just a year.

And it suggests why this gold rush, even more than the one in video, is happening now. We just have to figure out who the winners and losers will be, and who can else can take advantage of the new opportunities these services will create.