YouTube Adds Notification Settings For Users, Metrics For Creators To Clarify When Subscribers Are Alerted 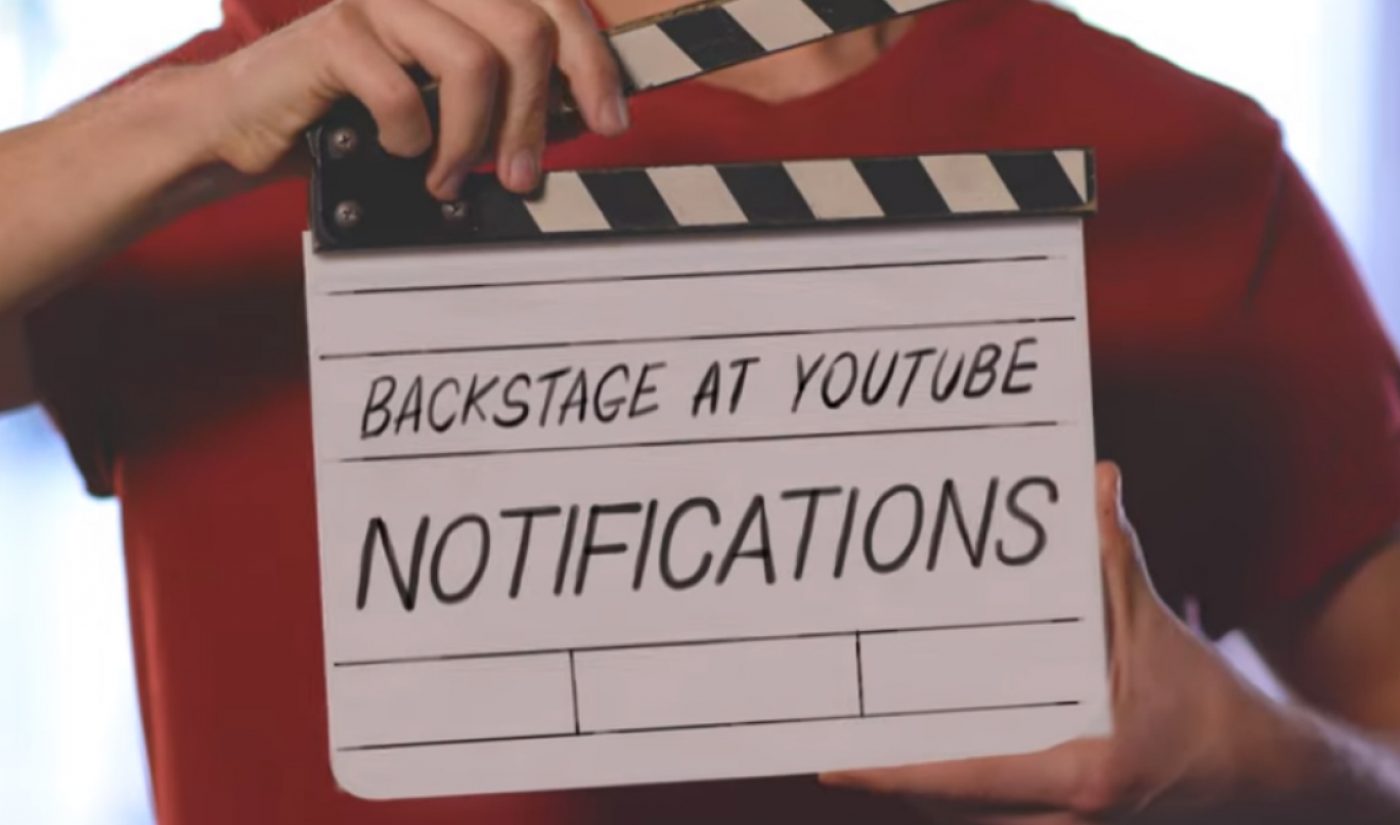 When you smash that ‘Subscribe‘ button on a YouTube channel, it doesn’t mean you’ll instantly be notified about all videos that channel uploads. To the seemingly perennial ire of creators on the world’s largest video sharing site, the standard Subscribe button doesn’t function intuitively.

Subscribing to a channel simply adds that channel to your Subscriptions feed, and you’ll automatically get occasional notifications about the content it uploads. If you want to get notified every time that channel uploads a video, you have to manually tap the bell icon —

If that seems confusing, YouTube’s here to fix it…well, sort of.

The platform’s product team announced this week that it’s rolled out a couple of updates to make the notification system clearer for users. It’s also introduced new backend metrics for creators to get a better idea of who’s seeing their notifications.

As The Verge points out, creators have long complained about the lack of subscription notifications being sent out to a significant chunk of their subscribers. The first wave of subscriber traffic to their videos can be crucial, so when that wave is stymied by people simply not knowing new videos have been uploaded, it’s understandably frustrating.

The main reason not all subscribers receive notifications is because the default setting for subscriber notifications for the past several years has been the one described above. It’s essentially a lite version of subscriptions, where subscribers aren’t always notified about every single upload immediately.

YouTube’s new updates don’t actually change that default setting. If a person just taps Subscribe, they’ll still automatically receive lite notifications with highlights of the channel’s activity. But to make it clearer that receiving all notifications isn’t the default, YouTube has renamed this default lite version ‘Personalized,’ and has given the ‘All’ bell (the bell you get when you manually click to receive all notifications) a slight redesign. The new All bell has two little curves around the outside of it, like the lines used in comic books to signify loud sounds:

But this issue goes beyond users not realizing all notifications isn’t the default, because whether or not users receive all the notifications from a channel isn’t entirely up to YouTube. Users also have to ensure their individual device settings — for things like push notifs on iOS and desktop notifs on computers — allow YouTube to send notifications through, or they still won’t get them.

Lastly, the team at YouTube also addressed that sometimes, users don’t get notifications in a timely manner (or sometimes at all) because of slipups on YouTube’s part.

“We’ve been working on improving our infrastructure to make our systems and networks that send out notifications more consistent and reliable,” the team wrote in a blog post about the changes. It added that it’s particularly concerned with sending notifications quickly after a creator uploads a new video.

To stall any potential issues that may prevent notifications from being sent, YouTube has added new monitoring systems to detect outages that could impact notifs, and has implemented some backend options to encourage creators to upload at different times, so notification sending won’t be so congested.

While all these updates make the issues surrounding notifications clearer, they haven’t resolved many creators’ top quibble: that when a viewer clicks Subscribe, they’re not automatically enrolled to receive all upload notifications.

Points for more transparency though 😚 https://t.co/ICbL8UToax

In its blog post, the product team said when it tested ‘All’ as the default notification system, it found that “people were overwhelmed with the high number of notifications and turned them off completely.” So, the happy medium is allowing users to choose how many notifications they receive from each creator, whether that’s all or some.

If you’re looking for more information about these changes, Team YouTube also laid them out in a video. Check it out below: