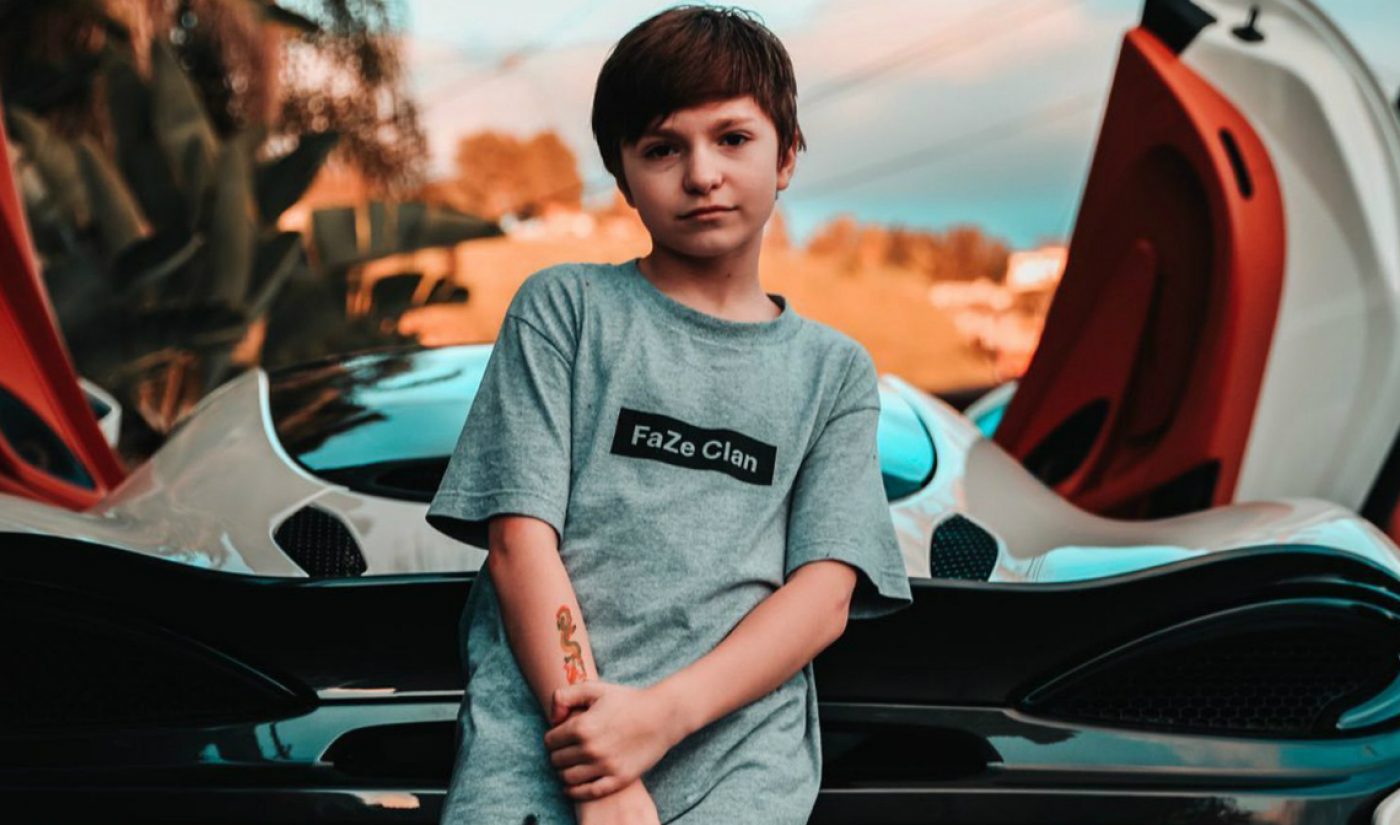 H1ghSky1, whose real first name is Patrick (his last name is not publicly available), joined FaZe Clan in March of this year. When the gaming and entertainment collective officially introduced him, it claimed he was 13 years old — the minimum age one needs to be to have an account on Twitch.

Questions about Patrick’s age surfaced almost immediately, because he wasn’t a new face to the Fortnite community. In June 2018, ProHighlights — a popular YouTube channel that shares clips of epic Fortnite gameplay — uploaded a video showcasing Patrick’s moves and crowning him the “10-year-old kid [who’s] probably better than Ninja.” (The video has so far received more than 19 million views.)

It wasn’t until Patrick’s name surfaced in connection with Turner ‘Tfue’ Tenney’s lawsuit, however, that Twitch banned his channel.

When Tenney filed suit against FaZe Clan last week, claiming it’s locked him into a restrictive contract, held him back professionally, and owes him money from sponsorship deals, he also levied other allegations. One of those was a claim that FaZe Clan had signed an 11-year-old gamer, and in the process pressured him and his parents to lie about his age.

Twitch deactivated Patrick’s channel yesterday. When Tubefilter reached out to Twitch to ask if the termination occurred because Patrick isn’t old enough to have a channel, a Twitch representative said the platform does not comment on individual members of its community.

Following the deactivation, Patrick began streaming from his YouTube channel FaZe H1ghsky1 (882k subscribers). Unlike Twitch, YouTube permits kids younger than 13 to produce content and otherwise be active on the platform so long as their channel was created and is supervised by a parent. Once they turn 13, they can manage their own account.

During yesterday’s stream, Patrick confirmed he’s 12 years old and apologized for lying, saying he’s dreamed of becoming a streamer for years and saw his age as something that was keeping him from being successful. You can see a clip of that moment below (at timestamp 2:37).

Patrick will presumably resume streaming on Twitch once he turns 13. As for FaZe Clan, it’s unclear what repercussions the organization could face if it did in fact pressure Patrick to lie about his age.