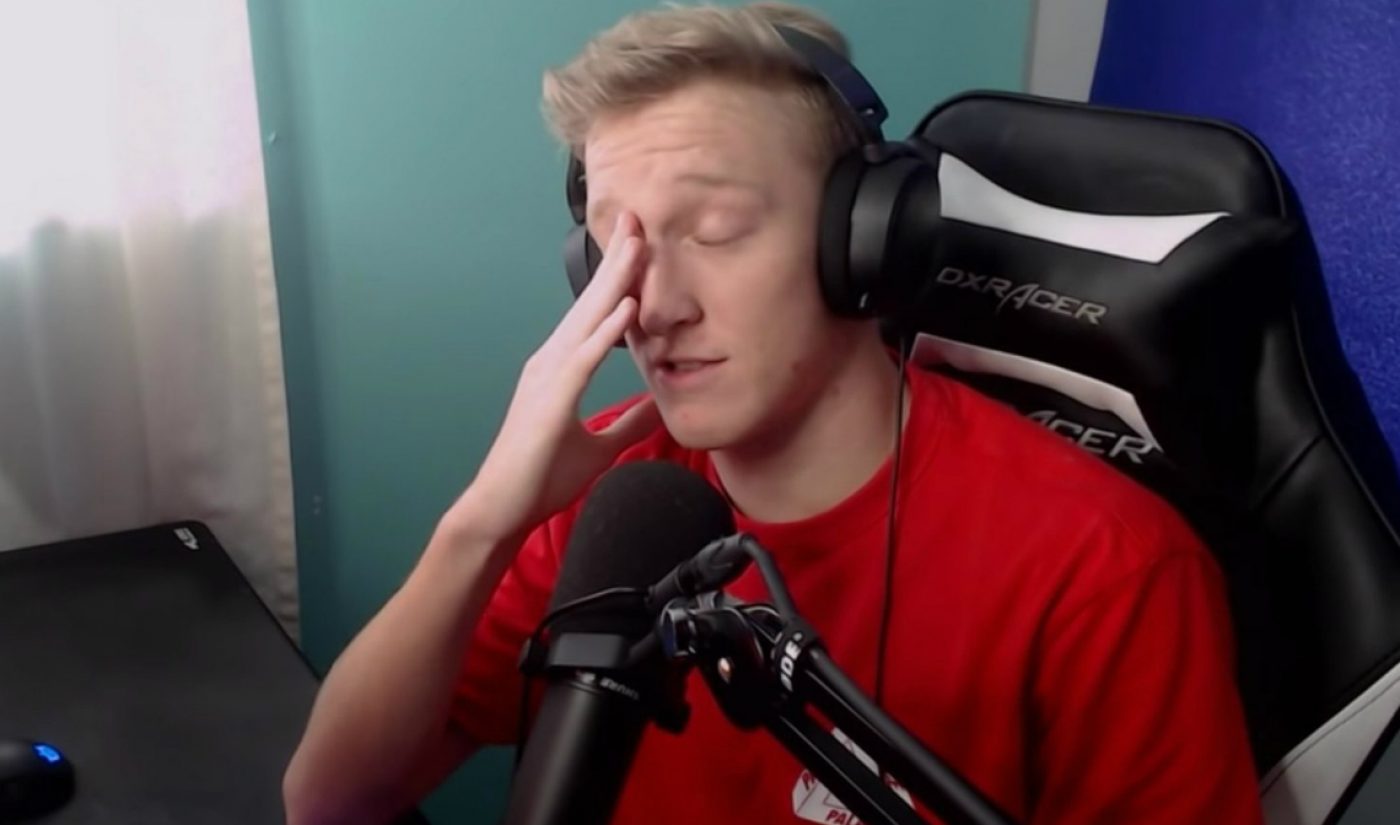 Gaming and entertainment collective FaZe Clan’s contract with popular Fortnite pro Tfue, who joined the organization in April 2018, has been leaked in the midst of the pair’s combustive legal battle.

Tfue (whose real name is Turner Tenney) filed suit against FaZe Clan on Monday, claiming that in the year he’s been with the organization, it’s held him back professionally and not paid him money due from sponsorship deals. The suit also alleges FaZe Clan’s contracts with gamers are restrictive and demand large sums of gamers’ incomes, including 80% of revenue earned from sponsorship deals arranged by FaZe.

After news of Tenney’s suit broke, FaZe Clan issued a statement saying all of its gamer contracts stipulate a maximum of 20% earnings from tournaments and “content revenue” go to FaZe Clan, with 80% going to gamers. The organization did not directly comment on the revenue from sponsorships, and it’s not clear what “content revenue” refers to.

FaZe Clan’s chief operating officer, FaZe Banks (real name Ricky Banks), did address sponsorship income in a lengthy and heated series of tweets. He suggested the ratio Tenney claimed (20% to gamers, 80% to FaZe Clan) was actually flipped (80% to gamers, 20% to Clan), and that FaZe Clan had only taken 20% — amounting to a total of $60,000 — of Tenney’s brand deal earnings to date.

OK LAST TWEET – To clarify Turners contract does outline splits in prizes, ad revenue, stuff like that. But again we’ve collected absolutely none of it with no plans to and that was very clear to him. We have collected a total of $60,000 from 300k in brand deals (20%). That’s it

Tenney’s response to Banks’ outburst was a two-minute YouTube video (below), in which he clarifies why he’s suing the organization, and asks FaZe Clan to “#ReleaseTheContract.”

“What’s in this contract is so bizarre, it’s so f-cked. I wish you guys could see this thing,” he says in the clip. “This contract basically allows FaZe at any point in three years to just f-cking take all my hard earnings and all my hard work, and just strip it. What I’m trying to do here is just serve justice to the esports community, the esports industry. These kids are getting taken advantage of. These contracts are not okay, and this needs to never happen again. There are tons of people in contracts this bad, just like me.”

(He also apologizes for noting in the first iteration of his suit that FaZe Clan pressured members into underage drinking, illegal gambling, and engaging in dangerous physical stunts. Those allegations have now been removed.)

Following the video, FaZe Clan agreed to publicize Tenney’s contract, with FaZe Banks first saying it’d be released “momentarily,” then saying it’d take some time for Faze to prepare it “with all the context in the world when we can.”

But, apparently, someone got the jump on them. The contract leaked this morning, and was acquired by The Blast. Its veracity appears to have been confirmed by FaZe Banks, who acknowledged its terms are not favorable to Tenney.

(You can read a PDF of the contract in full right here; it’s also embedded below.)

This shit is so see through. Listen obviously Turners initial contract was horrible. Nobody ever disagreed with that. But over the last year we have offered him so many new ones, solutions. 0% splits. Honest and MORE THAN FAIR ways to solve the issue.

*deep breath* With all that being said, we had every intention on releasing the contract. I have nothing to hide and I’ve made the mistake of allowing shit people to run my business. We’ve solved those issues & are trying our best. The contract was trash. There’s no denying that.

As for what those “trash” terms are…The contract stipulates that if FaZe Clan arranges a sponsorship deal, the revenue brought in by it is split, with 20% going to the gamer and 80% going to FaZe Clan. If a gamer brings a potential brand deal to FaZe Clan, the revenue earned from that deal would be split 50/50.

Other earnings splits: Creator code income (in games like Fortnite, users can enter a creator’s code, and then some revenue from that user’s in-game purchases goes to said creator) is split 50/50. Cash prizes won in esports tournaments: 80% to gamers, 20% to FaZe Clan, minus a 2% fee to pay the FaZe Clan coach who coached the tournament.

The contract also reveals FaZe Clan pays its gamers (or, at least, pays Tenney) a monthly salary of $2,000, which can be increased or decreased by 25% at FaZe Clan’s discretion.

FaZe Banks tweeted that the company had tried to offer Tenney several new contracts — including one that would pay him $1 million per year and take no shares of his income. Tenney turned them down, Banks says.

On top of all this, Keemstar (the YouTuber behind tea tracker channel DramaAlert) tweeted what appears to be a screenshot of a Twitter DM sent from Tenney’s brother, Jack. The message says Tenney’s suit is partially the result of his desire to create his own esports organization.

Breaking : Tfue plans to make his own eSports Org

I have 2 sources telling me @TTfue wants to create his own Org. 1 source a Pro Fortnite Player. 2nd source Tfues Brother #DramaAlert pic.twitter.com/EYfWfaJF8W

FaZe Clan has not responded publicly to the contract leak. FaZe Banks tweeted that the organization plans to publicize all the contracts it’s offered Tenney since his original signing.

There are presumably a number of other FaZe Clan gamers who have contracts with terms similar to Tenney’s.

FaZe Clan has posted a video in which longtime member FaZe CBass goes over the terms of amended contracts the organization offered Tenney in September, January, April, and last week, on May 20, the day Tenney filed suit.

“This is a video that absolutely no one at FaZe Clan ever wanted to make, because it’s going to shed some negative light on a guy that we care a lot about,” CBass says in the beginning of the seven-minute upload. “But he’s forced this upon us.”

A statement from FaZe Clan about contracts.

This video is 7:15 long, and for all those invested in this public discussion, we encourage you to watch it all the way through. Thank you. #FaZeUp pic.twitter.com/3FaN5rLAuJ

It’s also worth noting that at the end of last week, FaZe Clan CEO Lee Trink appeared on DramaAlert to talk about the ongoing legal battle.