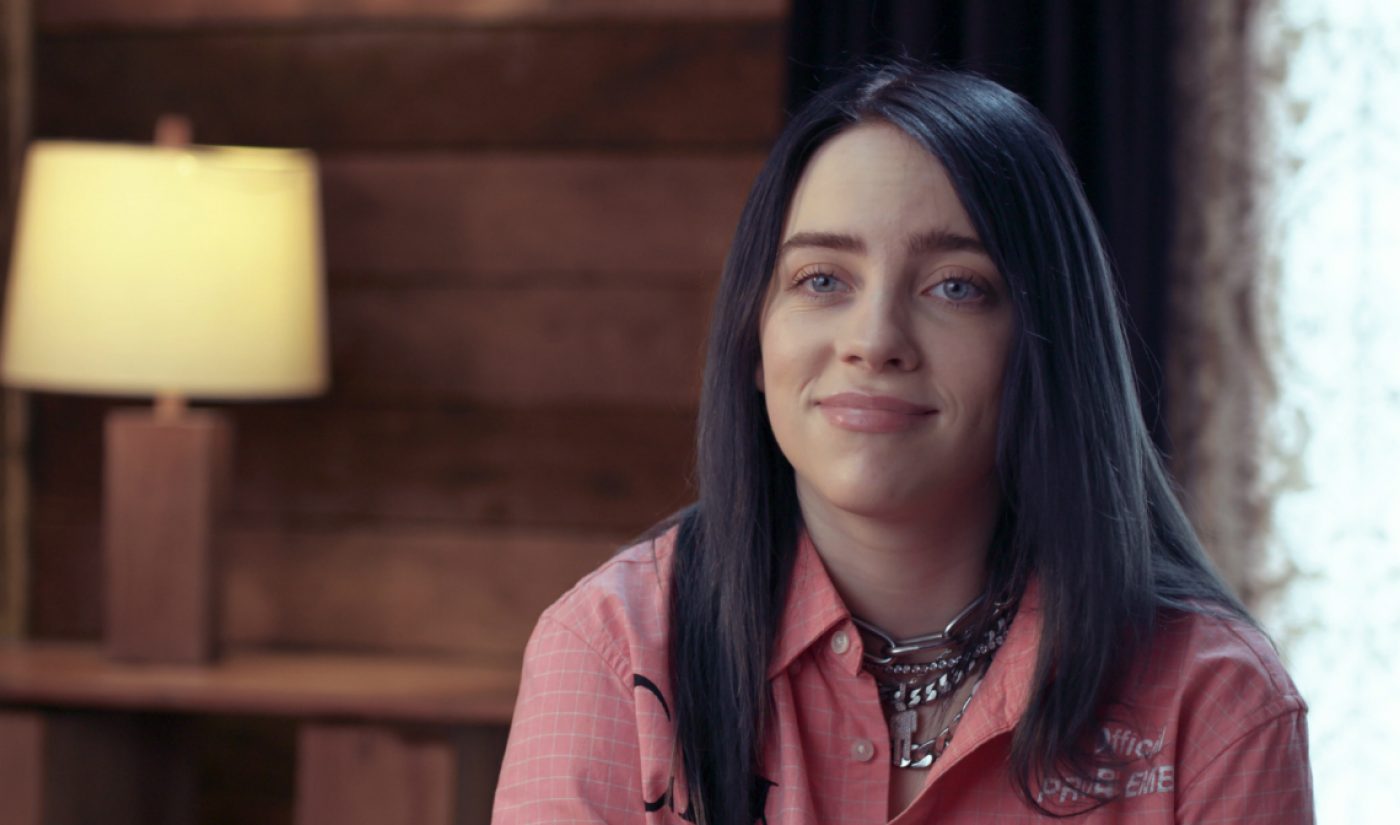 May is Mental Health Awareness Month, so it’s fitting that today the Ad Council debuted the latest installment of its Seize The Awkward campaign.

The ongoing campaign, which launched in January 2018, partners with popular YouTubers to encourage teens to have frank — and sometimes awkward — conversations with one another if they’re experiencing mental health struggles.

The digital stars featured in today’s installment, which specifically targets suicide prevention, are both singer-songwriters. Billie Eilish, who has 13.6 million subscribers, has released a number of gold and platinum singles, and in March debuted her first album, When We Fall Asleep, Where Do We Go?. Ava Max, who has 1.4 million subscribers, recently topped the charts with her single “Sweet but Psycho,” and is due to release her debut album AM1 soon.

Eilish, who’s 17, has been open about her struggles with depression and anxiety. In a YouTube video for Seize The Awkward, she lets fellow teenagers know they should never feel ashamed for needing a hand.

In her video, Max, who’s 25, shares her experiences with helping friends who struggle with mental illness. “I think it’s important to help people when you see they’re down,” she says. “You can really help a lot of people just by knocking on their door. Reach out.”

Max recently received backlash for the use of the word “psycho” in her single, with critics accusing her of stigmatizing mental health. In a statement, the Ad Council noted, “As Ava has clarified in interviews, the intention of the song was to reclaim the word ‘psycho.’ No one should be called ‘psycho’ but women often are. Ava hoped for this song to show women that they’re not ‘psycho’ and that they’re actually strong, independent and can be themselves as they are despite the labels they’ve been given.”