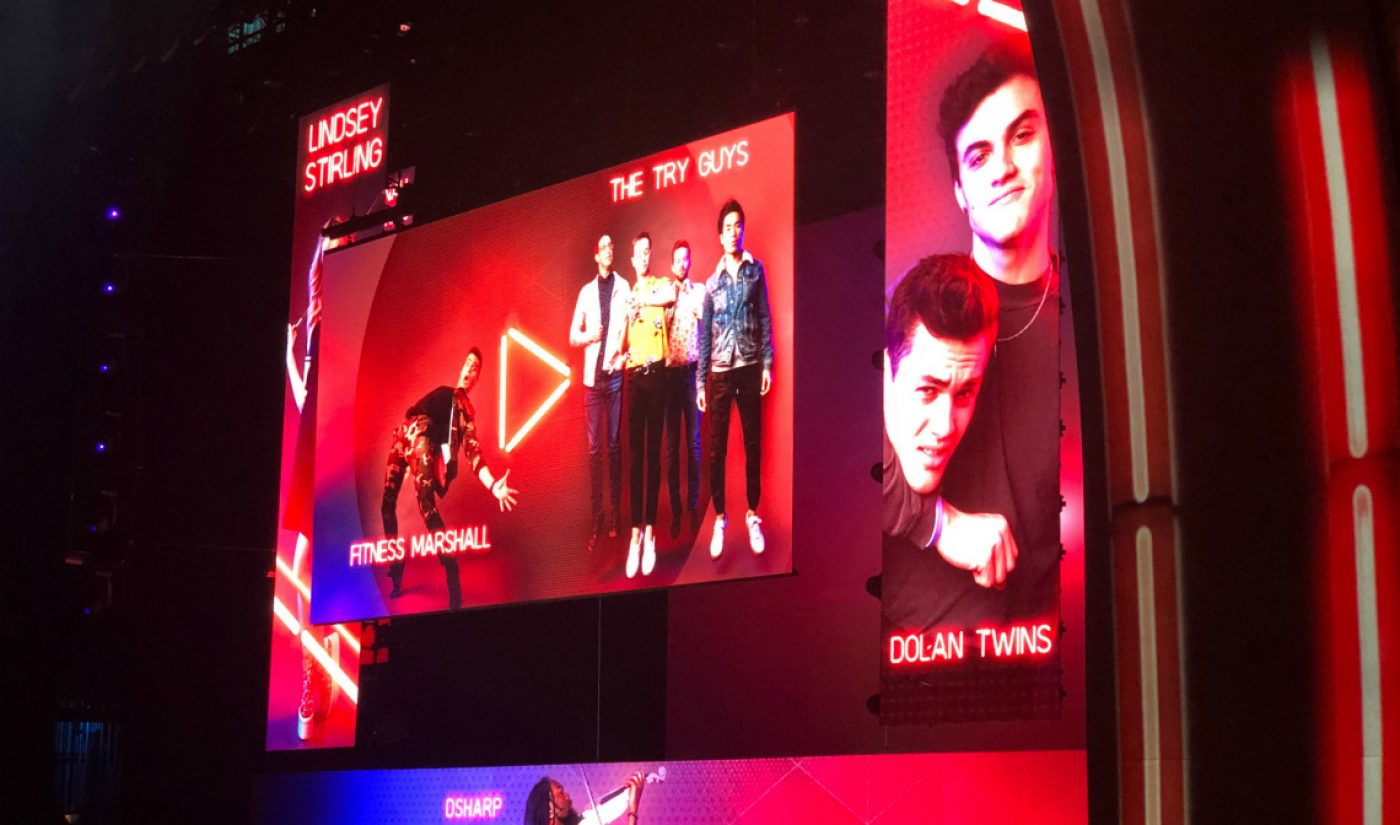 YouTube’s NewFronts presentation (aka YouTube Brandcast) saw the platform drop tons of news about its original programming, including partnerships with top creators.

But YouTube also took the opportunity to reaffirm it has the biggest slice of the ad-supported over-the-top pie — as in, it has the highest share in reach and watch time. What’s new about its position in the market, however, is that a lot of that watch time is coming from television screens. YouTube revealed that more than 250 million hours of content are watched on TV screens every single day, up from 180 million hours in June 2018.

This TV watch time stat is extra notable because more than 50% of 18- to 49-year-olds in the U.S. are either “light” viewers of network TV or don’t have a traditional cable package at all, whereas 90% of those same people watch YouTube content, the platform added.

In addition, YouTube shared some growth stats — like the fact that over the past three years, the number of channels with more than one billion views has grown by 400%.

“Creators are driving record audiences to YouTube,” Robert Kyncl, YouTube’s chief business officer, said in a statement. “But they aren’t just driving big numbers…they’re also redefining culture. They are using YouTube to break through to a generation of early adopters, the same way 20th century media icons did through television and print.”

About why YouTube is drawing in a bigger and bigger audience while linear networks are comparatively losing viewers, Kyncl added, “The reason our content resonates so strongly with viewers is due to the diversity and richness of our offering — and the ability for fans to interact with it and with each other.”

You can check out our interviews with Google‘s Tara Walpert Levy and Brian Albert below: