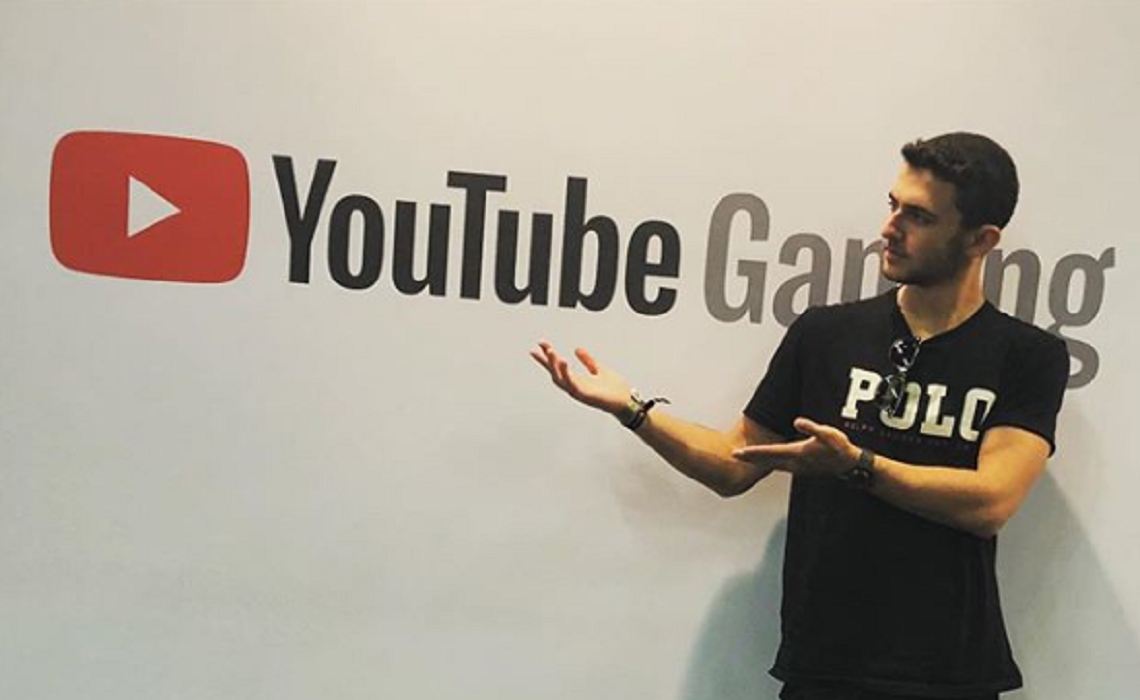 On his YouTube channel, ProPepper promises viewers “CONSTANT FORTNITE VIDEOS. THAT IS ALL.” And he’s a man of his word: his channel provides several videos a week, all about Fortnite. ProPepper (whose real-life first name is Tucker; he asked to go by first only) has had several YouTube channels over the years, having originally joined way back before Fortnite was even a glimmer in developer Epic Games’ eye.

But it was Fortnite’s debut in 2017 that truly made his YouTube traffic explode. Nowadays, Tucker pulls in at least 10 million views per month, and has amassed nearly 2 million subscribers, making him an (admittedly belatedly celebrated) YouTube Millionaire.

Of course, it doesn’t hurt that he makes videos he knows people want to see. His most popular fare is videos where he trolls arrogant, entitled, or just plain rude Fortniters. When Tucker’s playing, he’s not shy about giving badly behaving gamers a taste of their own medicine, and that heaping dose of combo’d karma and schadenfreude draws hundreds of thousands of viewers to each and every one of his videos.

Check out our chat with him below about finding and growing his YouTube audience, what else he gets up to when he’s not trolling, and how he plans to expand his content.

ProPepper: It’s difficult to put into words. Not many people get to experience the feeling of having one million different people take a look at the content you’ve put out and decide they like it enough to engage in every video you put out from there on in. After a while, it gets to a point where you don’t even feel like you have that many followers. As more and more people become a part of my audience, it’s hard to remember a time when they weren’t there, and that I built this channel up from nothing. My fanbase is the reason I get out of bed in the morning and one of the most consistent things in my life. If not for them, my position would be much different. I don’t take it for granted for a second. I’m well aware of how quickly it could be taken away.

Pepper: I wasn’t the biggest online gamer as a kid. I mostly played campaign-based video games; my parents didn’t want me getting into Halo or Call of Duty, so I got into games like that pretty late. I was more of a Webkinz kind of kid. Eventually Minecraft came out, and after a few years of playing that, I began to make a presence on the internet. When I was only 12 years old, a friend of mine and myself started our own Minecraft server, and it became pretty popular. We brought in a decent amount of money from t that server.

I then came across a YouTuber who caught my attention. You might know him as PewDiePie. I saw how big he was becoming from making gaming videos, and I instantly became interested. I used some of the money I earned from the Minecraft server to buy a capture card and webcam, and I started making gaming videos of my own. Over time, about three or four different channels down the road, I found success in it. It really started to pick up when I began Grand Theft Auto V trolling series, and it’s been going uphill ever since.

Pepper: Even before these gaming videos, I already had a place on YouTube. When I was eight years old, I had a character I created known as “The Dumb Hillbilly.” It was nothing special — it was just me and my friends messing around in my basement for 10 minutes. I even did a video looking back on it a few years ago. But I’ve always been into video-making and wanted to share whatever I did with the world. My parents weren’t comfortable with me showing my face like that on the internet, so I wore a mask until I was able to sway them to let me branch out more.

Pepper: I think my content provides a healthy blend of comedy and gaming, which there isn’t a lot of these days. Most gaming content is more than entertaining to watch, but I think showing something other than just gameplay with facecam and commentary is necessary. Since my videos rely more on the commentary than the actual gameplay, it’s a strong deviation from the typical gaming content we see across the platform.

Tubefilter: What is it about trolling angry children that gives you such joy?

Pepper: It’s not necessarily that it gives me joy, I just think people find it satisfying to watch. And I won’t lie, so do I. A lot of these kids can get really cocky about themselves and quite nasty, to be frank. And as many of my viewers play Fortnite themselves, I think they find solace in watching me give players like that a taste of their own medicine for a change.

Tubefilter: Okay, more serious question. What is it that draws you to Fortnite? Can you see yourself moving on to other battle royale-style games like Apex Legends, or is Fortnite your soulmate game?

Pepper: Fortnite has been very good to me. Ever since it came out, my channel has been doing very well. It’s been such a popular game, it would be foolish to stop doing videos on it. As much as I would love to do videos on other games, which occasionally I do, I think it’ll be a while before I make a full-on switch from Fortnite to anything else. I’ve built up so much of my audience, over 75% of it, around Fortnite. Hence, they’re not as retentive when I play other games. As much as YouTube is of course about what the creator enjoys, like I said, the audience is what gives us the ability to be where we are. Therefore, I think it’s only fair to give them what they want.

Tubefilter: What’s your production process like? Do you have a set filming/uploading schedule? Do you play Fortnite (or any other games!) when you’re not recording?

Pepper: I just upload whenever I have the time to record and edit, which is at least once a week. But, I usually record a video and then take a day or two to edit it. I use an Elgato capture card to record my videos, and I usually do so on Xbox One. I then edit the footage with Adobe Premiere Pro and cut it down to the best parts.

When I’m not recording, I do play Fortnite, usually with my friends. Recently, I’ve been playing a lot of Rocket League and Friday the 13th.

Tubefilter: When did you start noticing your audience really picking up, and how did you grow that audience?

Pepper: It started when I first was doing trolling videos. I was posted to some community channels, and they helped me build up my audience a little bit. I eventually just started organically gaining viewers on my own — I didn’t even need the extra boosts from those channels. I had some Call of Duty videos blow up, and that brought me to about 300,000 subscribers. Again, once Fortnite released, I saw a significant spike in viewership. It took 10 or 12 videos, but I knew it would take off eventually. I kept grinding them out until finally, one video hit recommendations, and from there, my audience exploded. For a few months, I was seeing at least 100,000 new subscribers each month.

Pepper: Yes, YouTube is currently my full-time job. It’s what I spend most of my time doing. I even took a sabbatical from college to pursue it more seriously. Throughout the day, I do whatever I want if I’m not working on a video. I’ll go to the gym, watch some TV, play guitar, or just spend time with friends and family. I enjoy writing as well, specifically screenwriting. I’m a big movie person, so writing some of my own short films or features is a fun hobby for me.

Pepper: Since I’ve built up an audience as significant as the one I have, I always look forward to viewers’ responses. As soon as I upload a new video, I instantly begin reading the comments to see what everyone’s saying and ensure they’re enjoying it. I love putting my content into the world and making it accessible for anyone who’s out there to see. I realize this question was specifically for YouTube, but I appreciate that my audience on YouTube has allowed me to bring some numbers to my name on other platforms, like Instagram and Snapchat.

Pepper: I plan to continue with my Fortnite content, but I’d like to branch out into other types of Fortnite videos. I still want to go for the commentary-based humor I’ve had, but go a different direction with it. Find a way to blend my trolling antics in with something else, as I’ve tried doing in some of my recent videos.

I have big plans for the future as well. I started a second channel that I’m extremely confident in growing as much as possible. It’s already generated 2 million views with only six videos posted. I also want to take my screenwriting to another level. Like I said, I’ve written multiple film scripts on spec, and once I’m comfortable with my portfolio, I’d like to find an agency who could help me get my creations out there. Given how much I enjoy posting 10- to 15-minute videos onto YouTube, I can’t imagine how great it would feel to draft a two-hour film and one day have it distributed across theaters throughout the world, on Netflix, or even on YouTube.

You can add yourself to the ranks of Pepper’s more-than-a-million YouTube subscribers at his channel YouTube.com/ProPepper.