Creators Going Pro: Brandon Reed’s YouTube Channel ‘Cartoon Connection’ Took Him From Barely Scraping By To Buying His Own Home 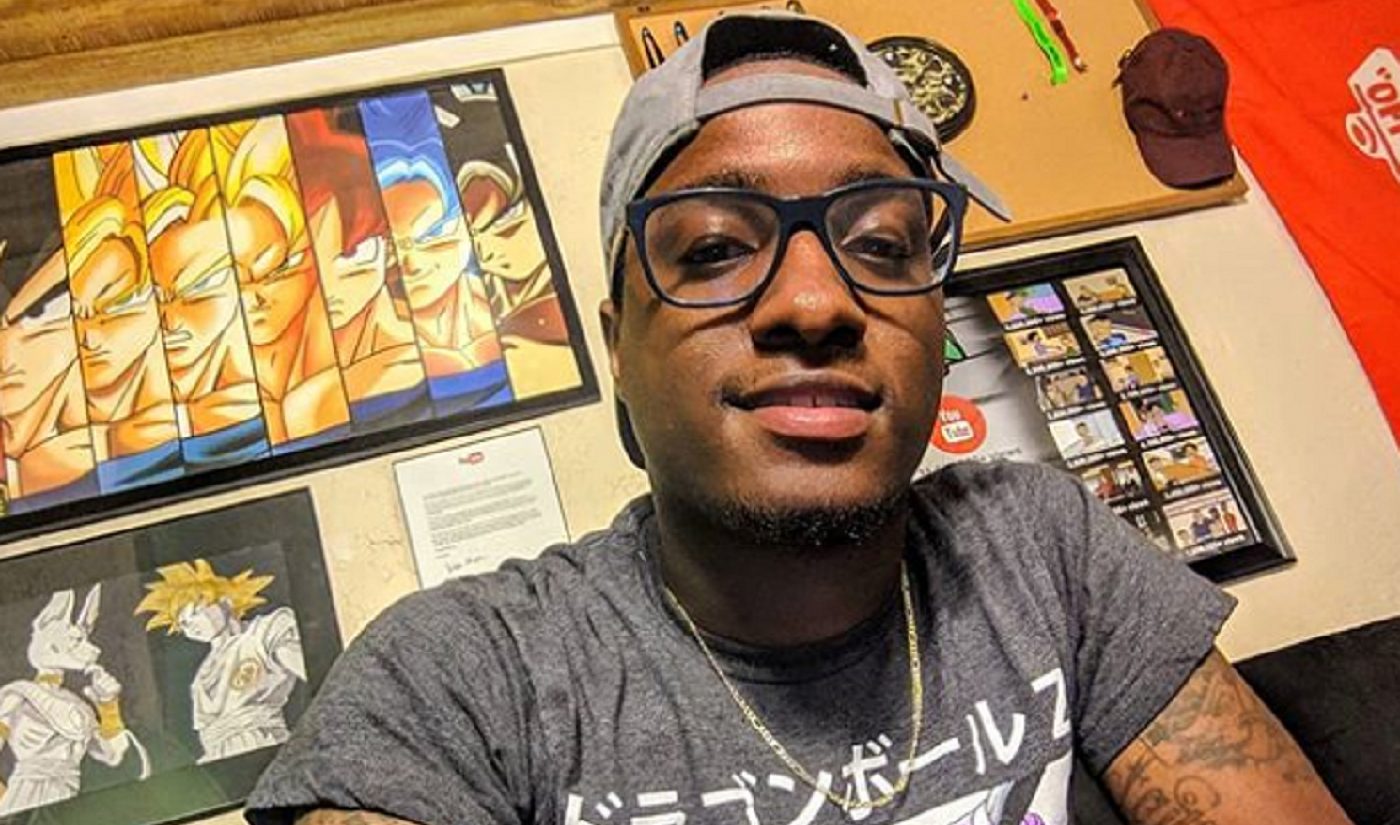 When Brandon Reed started making content for YouTube in 2016, he was desperate to find a way to keep his young family afloat.

After a breakup, he’d abruptly found himself a single dad raising two kids on the income he made working at a grocery store in his small Indiana hometown. Reed had always loved art, and had made money in the past selling customized shoes and necklaces he covered in drawings, but it wasn’t enough for him to buy beds for himself and his kids at their new place, let alone enough to afford a comfortable life.

That was when he stumbled on the world of YouTube animators and thought, I could do this. YouTube offered him a new way to both make an income, and make the kind of art he loved most: cartoons.

He dropped his debut cartoon, a two-minute comedy bit featuring his now-flagship character Lil Ron Ron, in the evening on Aug. 22, 2016, then went to sleep on the couch he shared with his two kids.

When he woke up the next morning, the video had amassed more than one million views. He and his collaborator RonBoiTv (who provides all the voices for Lil Ron Ron, while Reed does all the art and animation) were stunned, but immediately knew they had to keep telling Lil Ron Ron’s story.

Now, five seasons of Lil Ron Ron later, Reed’s channel Cartoon Connection has 1.3 million subscribers, nets between 3 and 6 million views per month, and is part of the Fullscreen network.

Producing cartoons on the platform (generally at least one per week) has become Reed’s full-time job — and one that pays much better than his grocery store position. Last year, with the money he’d made through YouTube, he was able to purchase a new home — and beds — for his family.

Looking to the future, Reed wants to build Cartoon Connect into a full-fledged animation network, showcasing not only his talent, but the talents of other creators. Check out our chat with him below about how he built his own art skills, why YouTube was the perfect venue to debut them, and how he tweaked his content strategy to keep the momentum going after his first video went viral.

Tubefilter: Tell us a little about you! Where are you from? When did you start drawing?

Brandon Reed: I am from South Bend, Indiana, a small city. I started drawing when I was around five years old. I used to draw cartoon pictures and sell them to all of my friends. Once I got to middle school, I started to draw a lot more. I continued to draw in high school, but shortly after, I gave it up until after I got my associate’s degree in graphic design. That made me want to start drawing again.

BR: As a kid, I always had dreams of making the cartoons that I would watch on TV. After college, I started watching a lot of animators on YouTube and realized there was a bunch of tutorials on YouTube showing how to make cartoons, so I spent like a year watching them. I started posting my own videos on YouTube since that was my favorite place to watch independent animations. I figured I could find an audience that enjoyed the same type of cartoons I made.

Tubefilter: What’s the average production process like for one video? How long does it take you to draw all the art? To animate and edit?

BR: The average time of production for a video is usually around two weeks. For really short video animations, I could probably finish them in a week. I really wish I could produce videos faster, but drawing everything and making sure it all moves smoothly takes a while.

BR: I got my first online video revenue check in March of 2016 — it was only $100. I was so excited to get paid from making cartoons. It felt like the dream was coming true, but little did I know, it was just starting. My first check outside of AdSense was for a custom T-shirt design. Before doing animations, I worked in a grocery store, and I used to do freelance custom clothes and paintings on Instagram to make money on the side.

BR: I haven’t had very many sponsorships or brand partnerships. I have had two of them that I can think of. One for a mobile game, and the second one was for a drawing tablet — I still work with that company to this day. They send me their latest drawing tablets to review and use for animating my videos. The first brand reached out to me by email, and the second company I reached out to one day when I saw a review video for their tablet.

Tubefilter: When did you notice your audience really starting to pick up, and how did you grow that audience? Did you ever change up the kind of content you were making?

BR: In August of 2016, after the first episode of Lil Ron Ron released, my followers started growing rapidly. That cartoon gained over one million views on Facebook overnight, and I noticed that people started finding me on YouTube later that week. I had never changed the content I was making back then, but I am in the process of making changes to the content now. Well…I am making different content, while still uploading new content that I want to try out.

BR: The first time I realized I was a professional YouTuber was when I quit my graphic design job to do YouTube videos full-time. I knew I had to make this work, because my kids were depending on me.

I quit my job in November of 2017. It was the best feeling ever.

Tubefilter: Have you ever experienced creator burnout?

BR: Yes, definitely. I usually experience it at least once a month. Being an animator has caused me to lose sleep and spend countless hours working. I wouldn’t trade it for anything, though. I usually feel burnout when I’m spending a really long time working on a big video. The lack of sleep will start slowing me down.

Tubefilter: Do you have anyone working behind the scenes with you? Fellow animators

BR: On my team I would say there is around four to five people. I animate and edit all of my videos myself, but sometimes I have someone assist me in animating to make it go a little faster. It’s usually one of my brothers. As far as manager and network, I have Jonathan Khattar, Olivia Almagro, and Fullscreen. Jonathan and Fullscreen have been doing an excellent job helping me keep everything together and running smoothly with my channel. Olivia has been looking out for me since I started creating content online.

BR: I’m not sure that this counts as a skill, but I think the determination I have to succeed is vital. I wake up every day and work as hard as I possibly can to create content because I am afraid to fail.

BR: In the future, I plan to have the Cartoon Connect channel become the go-to place for people to watch cartoon series. One day, I want Cartoon Connect to be its own network for animation and animators to broadcast their cartoons. Outside of the cartoons, every now and then I make motivational music to go with the videos, so there will be more of that also!