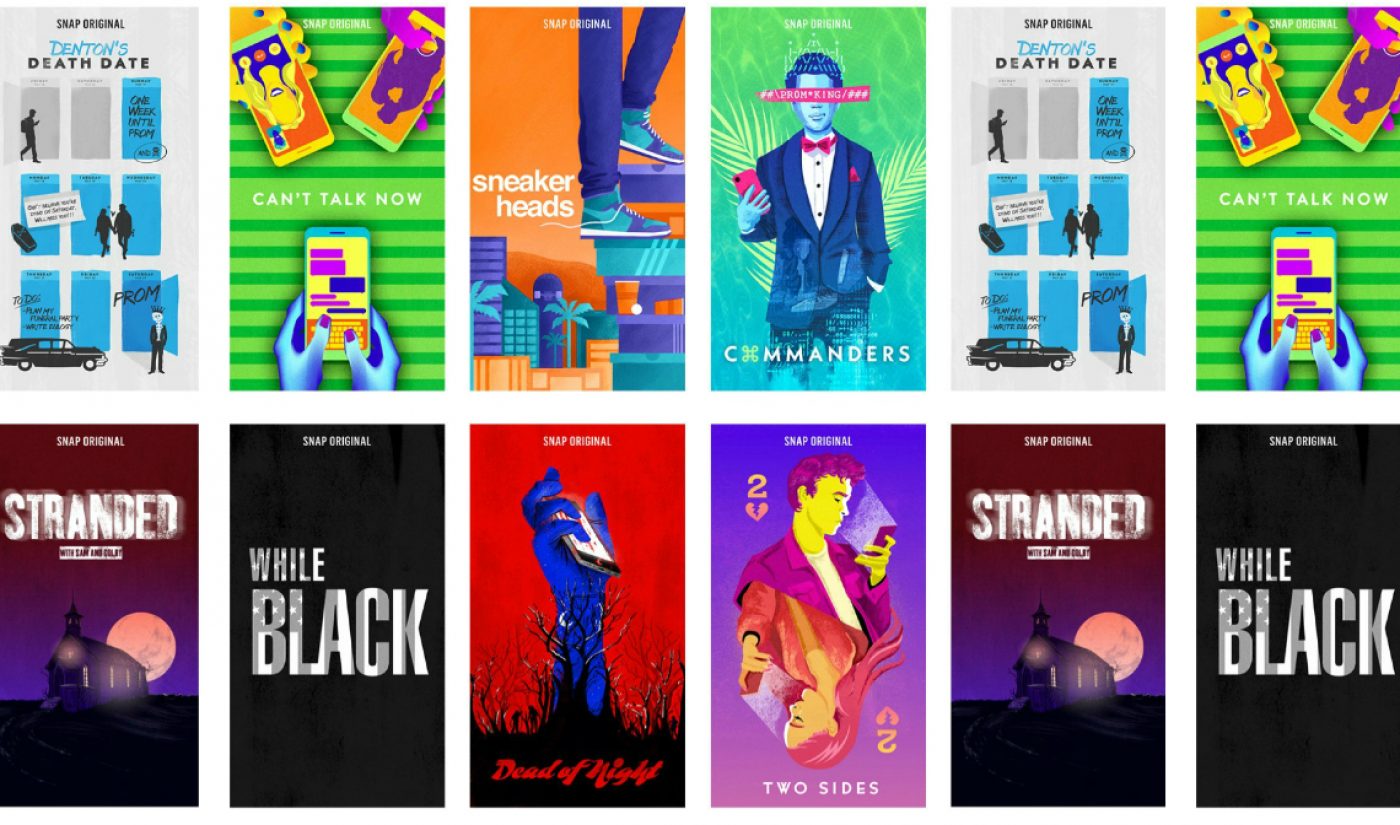 Today, at Snapchat’s first-ever Partner Summit, the platform announced a swath of new features for users (including its rumored gaming platform) along with 10 upcoming Snap Originals series set to air this year.

The one-day, invite-only summit, which took place in Los Angeles, was designed as a day of collaboration between Snap and its many partners. Those partners include creators, external product developers and platforms, and companies like Tinder, Twitch, and Giphy.

Snap dropped a lot of news today, so let’s break it down bit by bit.

The latter five debut games were developed by partner studios Zynga, Game Closure, ZeptoLab, PikPok, and Spry Fox, respectively. Bitmoji Party was developed in-house by Snap, and is of course based on the company’s own Bitmojis, which let users create personalized cartoon avatars for their Snapchat profiles. We learned last month that Snap made a number of gaming-oriented acquisitions in preparation for Snap Games’ launch, so Bitmoji Party is definitely not the last house-made game users will see on the new platform.

Also, it’s worth noting that Snapchat really, really wants its users to play these games together. Snap Games comes with a feature that lets Snapchatters who are talking launch a game to play directly from the chat bar in their conversation window.

Next, Snap announced a handful of updates to its developer platform Snap Kit, which lets other apps use Snap features. The biggest update is new feature App Stories, where Snapchatters can share content from their Snapchat camera to their personal Story on other apps. So far, three apps have been integrated into Stories: dating site Tinder, social network Houseparty, and travel platform AdventureAide.

More Snap Kit news: Snap said it’s partnered with a number of services to let Snapchat users share information and custom stickers from the services on their Snaps. With Netflix, Snapchat users can share the show they’re watching. Breaker and Anchor partnered with Snap to let users share the podcast they’re listening to. GoFundMe now lets Snapchatters share details about a cause they’re invested in. Anghami (a Middle Eastern app) and JioSavvn (an Indian app) let users in those regions share the songs they love. And VSCO, a photo company, lets users port professional-quality photos over to Snapchat.

Snap’s last Kit update flexed its partnerships with Venmo and Fitbit. Snapchat users can now plug their Bitmojis into both services.

Moving on, Snap announced another new tool — rolled out today — that helps users find relevant Lenses from the platform’s library of more than 400,000. When a user has the app pulled up and their camera on, they can press and hold their screen to take a Scan of what their camera sees. So, for example, if a user’s pet dog is nearby and they Scan it, Snap will pop up suggestions for Lenses to outfit the dog.

But Scan goes beyond Lenses. It also offers features that deal with Snapchat’s push into augmented reality. In a blog post about the new tool, the company said users can take scans of the sky to see whales swim over the horizon, or scan their hand to watch butterflies flutter away when they open their palm. Additionally, the tool can do things like providing the answer to math problems users Scan, and pull up Amazon (a Snap partner) search results for products users encounter.

And last but not least, Snap announced a sizeable roster of new Originals. It first kicked off its content production for Originals — all of which are made to be watched vertically inside the app — last October, and saw significant traction with debut shows like Bringing Up Bhabie. That series, starring teen Danielle Bregoli of “cash me ousside, howbow dah” fame, garnered 10 million unique viewers in its first 24 hours.

Like Bringing Up Bhabie and most of Snapchat’s other Originals, the new series are primarily geared toward teenagers. One series Snapchat gave particular attention to at the summit is Two Sides, which tells the story of a teen couple’s breakup. If that doesn’t sound particularly attention-worthy, hold up: the series is told from both characters’ points of view, simultaneously. So viewers will watch the series in split-screen, with one character’s perspective on the top, and the other’s on the bottom. That series launches in May.

You can see a complete list of the newly-unveiled Originals below, taken from Snapchat’s blog post about the new productions.