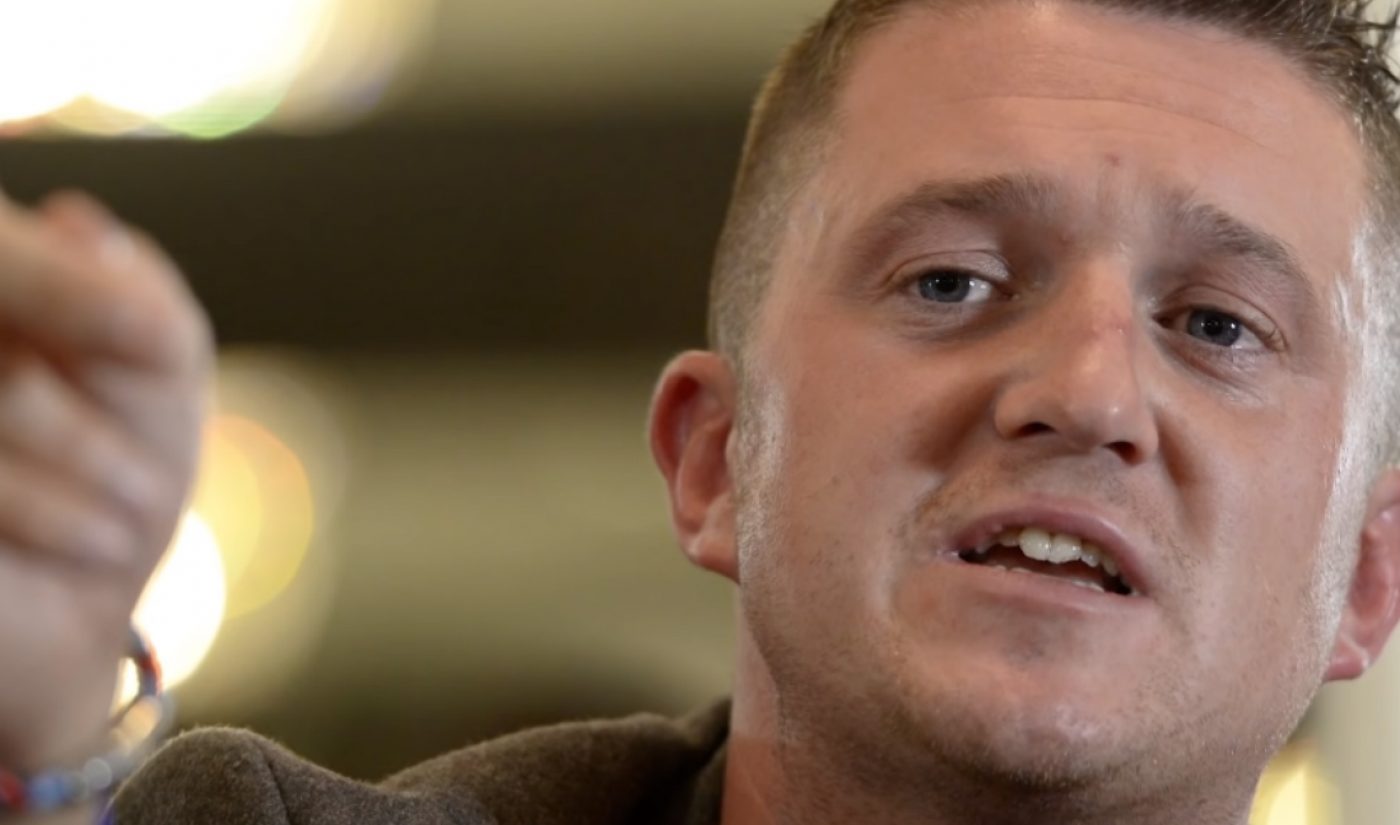 Back in January, YouTube demonetized far-right activist Tommy Robinson’s channel. Now, it’s placed new and even more aggressive restrictions on the channel — including stripping it from search results, keeping suggested videos from appearing under his content, and barring Robinson from livestreaming. YouTube will also hide view counts, likes, and comments on all of Robinson’s future videos, BuzzFeed News reports.

In addition to all those restrictions, every one of Robinson’s videos is now behind an interstitial. Interstitials are black cards that pop up at the beginnings of videos, and viewers must click through them to see the content. The interstitials on Robinson’s channel say, “The following content has been identified by the YouTube community as inappropriate or offensive to some audiences.”

Basically, YouTube is doing everything but outright banning him. The only way viewers are able to find his YouTube content is by being directly linked to it, by subscribing to the channel (which has 388,000 subs currently) and receiving upload notifications, or by using an external search engine.

Robinson, whose real name is Stephen Yaxley-Lennon, is an advisor to the leader of the notoriously pro-Brexit and anti-Muslim political organization U.K. Independence Party (Ukip). He generally makes content lambasting the supposed evils of Islam, political correctness, and news outlets. The video that got his channel demonetized was his 2018 recap montage, where Robinson says there’s a “rape jihad phenomenon” in “pretty much […] every major town and city” in the U.K. It also includes footage he claims shows him punching a migrant in Italy.

The complicated events prompting the not-quite-a-ban began even before Robinson’s demonetization. Last October, a young Syrian refugee living in the U.K. was attacked at his school. Robinson reportedly responded to the incident with Facebook posts and YouTube videos claiming the refugee had previously assaulted four classmates. The refugee’s family filed a defamation lawsuit against Robinson, and members of the public crowdfunded around $13,500 to help with the family’s legal fees.

One person who helped raise money for the suit was journalist Mike Stuchbery. In early March, Robinson (who recently accused journalists at large of “building me up as the next Adolf Hitler”) apparently livestreamed himself showing up at Stuchbery’s house. According to reports at the time, police were called to remove him. Following that stream, Tom Watson, deputy leader of the U.K.’s Labour Party, wrote to Google CEO Sundar Pichai and demanded Robinson be banned from YouTube.

And that’s what brings us here. YouTube has ultimately ruled Robinson’s videos are not enough to remove him from the platform. Instead, his content is what YouTube calls “borderline content” — meaning it doesn’t completely cross the service’s guidelines, but could still “misinform users in harmful ways.”

A YouTube spokesperson told BuzzFeed it spoke with outside experts and academics to figure out how exactly to handle Robinson’s content.

“After consulting with third-party experts, we are applying a tougher treatment to Tommy Robinson’s channel in keeping with our policies on borderline content,” the company said.

His case is similar to that of notorious American conspiracy theorist Alex Jones, who did end up being banned from YouTube (and virtually every other platform) last August. Jones, who peddles similar far-right viewpoints, had repeatedly violated YouTube’s policies against hate speech and harassment, a company spokesperson said at the time.

Tubefilter reached out to YouTube to ask why it’s taking such drastic measures, but isn’t similarly removing Robinson’s channel. YouTube reiterated that it removes content that violates its hate speech policy, which prohibits incitement of violence or hatred against members of a religious community. It also said its approach to Robinson’s channel is an attempt to maintain users’ freedom of expression, yet keep harmful views from being spread.