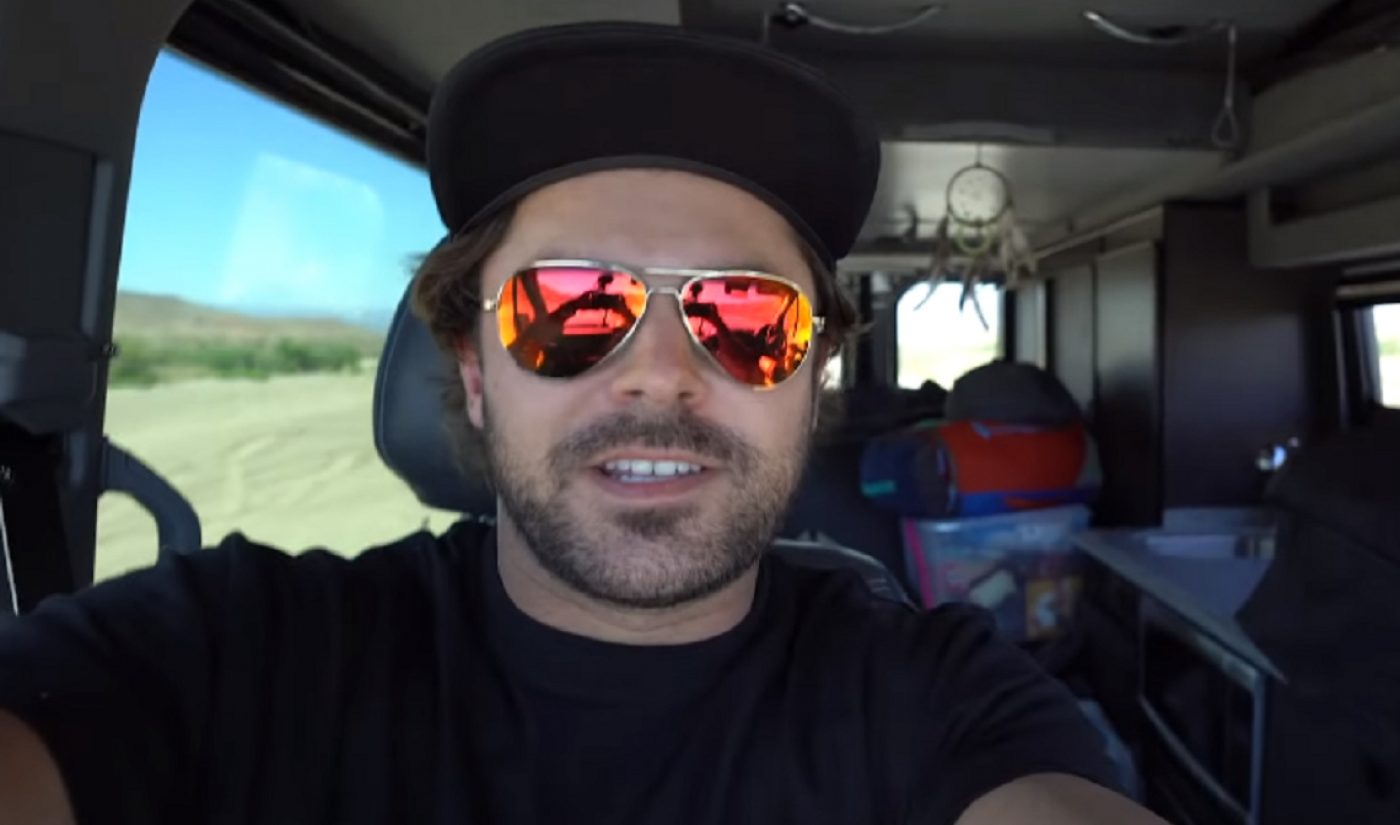 This past weekend, Zac Efron became the latest Hollywood celebrity to launch a YouTube channel. His presence on the platform is already drawing criticism, but not because of his actions — because of YouTube’s.

Efron, who rose to fame as a Disney Channel star and now is playing the lead in Netflix’s controversial Ted Bundy biopic, spent some time answering fan questions on a YouTube Premiere livestream before the drop of his first video. YouTube tweeted out a link to the livestream, saying, “Let’s do this! 👏 Join @ZacEfron live now.”

The platform’s promotion of Efron, however, didn’t go over well with some YouTube viewers. “Oh good another mainstream celebrity getting endorsed by YouTube,” one tweeted. “Meanwhile our favourite content creators are getting demonetised and copyright striked into oblivion.”

“A big-time celebrity gets endorsement from YouTube — a platform made to support small-time creators,” another wrote.

Another said, “Let’s feature maybe some new non-famous creators more often? Or how about just people who aren’t already famous in general? Let’s keep the ‘YOU’ in @YouTube.”

As mentioned above, Efron (who now has 203,000 subscribers) is certainly not the first high-profile actor to join YouTube. Will Smith (4.9 million) and Jack Black (4 million) also have channels. Black and his down-home, lo-fi gaming content have largely escaped backlash, but Smith faced criticism when YouTube featured his 50th birthday bungee jump in its 2018 Rewind — the most disliked YouTube video of all time.

The conversation about independent creators’ ability to reign on YouTube is also not new. PewDiePie, YouTube’s longtime top creator, just conceded defeat in his battle against Bollywood production company T-Series, which began catching up to his massive subscriber count last year. During the fight, a number of top YouTubers, including Markiplier, Jacksepticeye, and MrBeast, became involved in promoting PewDiePie’s channel in an effort to keep a person as YouTube’s top creator, rather than a company.

It’s worth noting that YouTube acknowledged it had messed up 2018’s Rewind — CEO Susan Wojcicki said in her last blog post of the year that she recognized “that it didn’t accurately show the year’s key moments, nor did it reflect the YouTube you know.”

It’s also worth noting that YouTube has made efforts to promote smaller creators, primarily with its On the Rise spotlight features. On the Rise promotes creators who have a minimum of 1,000 subscribers. When YouTube revamped its gaming hub in September, it added Gaming Creator on the Rise. And most recently, over on the YouTube Creators Twitter account, the platform kick-started a series of tweets that promotes creators with smaller audiences:

In the first of our series of tweets promoting videos by #smallyoutubers, we bring you @chiwithaC playing catch with herself: https://t.co/PmFG19Jwy9 pic.twitter.com/GBZieLrvuh