Insights: Apple Echoes Amazon In A Rebuke Of Everything Google And Facebook Do 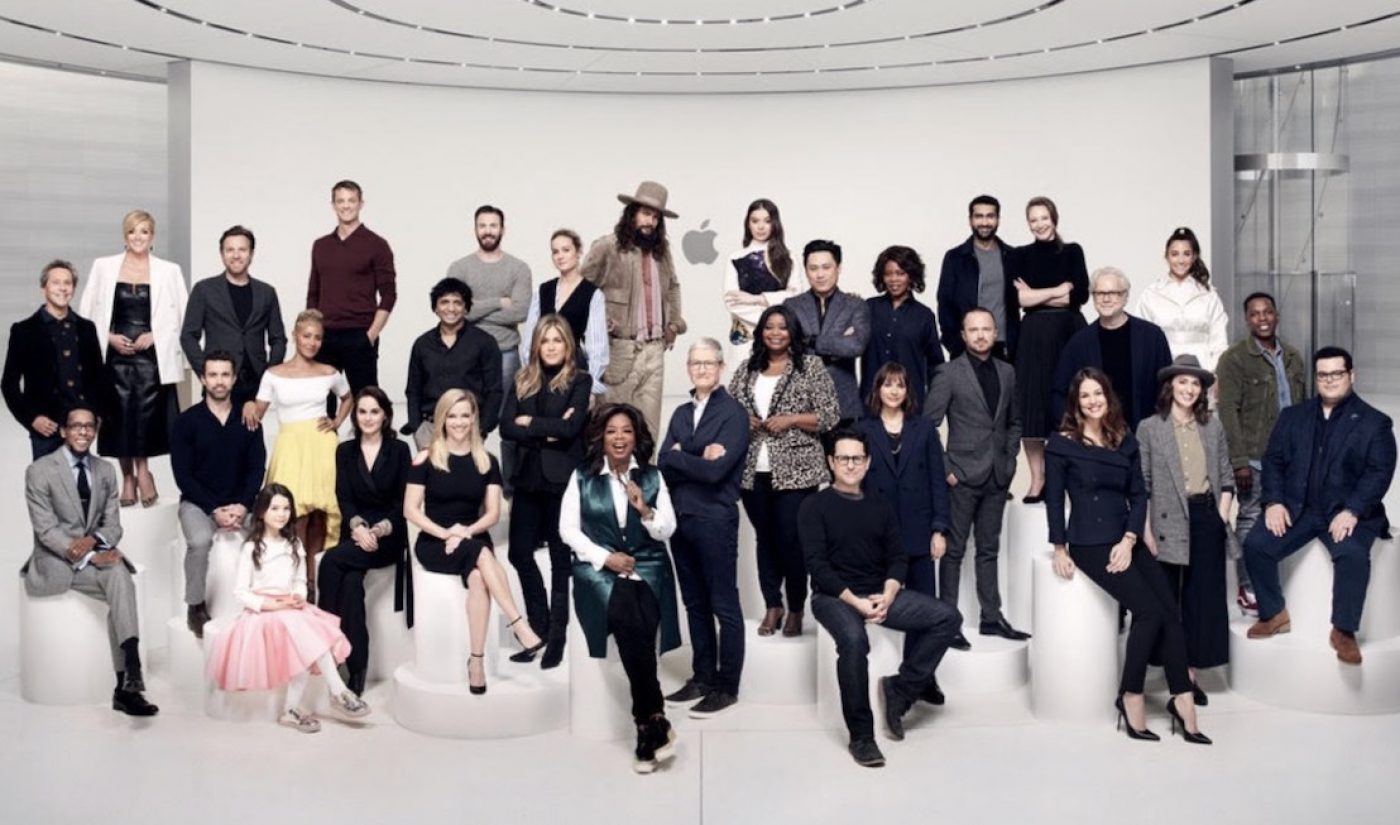 If the broad details of Apple’s big announcements this week seem familiar, it’s because what Apple is doing looks a lot like what Amazon is doing, if not as well so far. Just as importantly, Apple’s initiatives represent one long, loud subtweet at Google and Facebook.

That said, the Apple TV+ initiative, the most celeb-filled yet content-light portion of Apple Monday, seemed like a rather muted response to putative target Netflix, which had turned down Apple’s invitation to join its video party. Netflix CEO Reed Hastings told reporters, “We prefer to let our customers watch our content on our service. We have chosen not to integrate with their service.”

In choosing not to integrate with the revamped Apple TV app, Netflix is not alone, though it’s certainly the most notable exception. A few dozen stand-alone channels are available on the expanded app, either directly or by integrating with pay-TV packages from several traditional and virtual  providers such as Spectrum.

In that, Apple TV looks something like Amazon Channels, the build-your-own video experience that Prime subscribers can use to layer on their choice of about 150 subscription networks. It’s been hugely lucrative for Amazon, and reportedly is responsible for as much as 55% of the subscriptions those channels receive.

Apple’s video offering won’t equal Amazon’s $5 billion library for some time. Monday’s presentations featured plenty of big names (Spielberg, Oprah, Reese, Sesame Workshop) but virtually no video. Previous reports suggested the first shows might arrive by now, but arrival has been pushed to fall, and for only some shows.

That seems to confirm reports that Apple execs are meddling a lot, delaying production as they push for squeaky-clean programming that won’t besmirch Apple or technology in general. Until those shows arrive, Apple’s video initiative will be interesting, but underfed.

That said, Apple’s taking lots of other cues from Amazon. Most importantly, it’s not depending on its own vast audience of 1.4 billion Apple accounts to make TV+ a big success whenever it does show up.

In an unusual if not unprecedented move, the company is spreading the new Apple TV app around as widely as it can. That includes on Amazon’s Fire devices, Roku players, and smart TVs from Samsung and several other makers. Amazon has been doing the same thing with its apps for some time.

And it’s not just on the video side where Apple is echoing Amazon. Apple also beefed up its free, three-year-old News app, layering on an all-you-can-eat subscription service that includes 300 magazines, the Los Angeles Times and Wall Street Journal. So far, I quite like it, and it’s nice to see some money and attention going to real journalistic endeavors instead of, say, Russian troll farms.

Amazon Prime, of course, already offers limited free access to hundreds of magazines and books each month. Amazon also sells an unlimited subscription program with even more reading material. And if you want newspapers, Jeff Bezos owns the Washington Post. I picked up a Post digital subscription last year after Amazon offered it for free for several months, followed by a $4 a month fee.

Everyone Wants A Piece of Gaming. Apple Already Has A Big One.

Amazon is also in the game business, in a big way. It sells a ton of physical and digital copies of PC and console games through its e-commerce storefront. But Amazon also has Twitch, its live-streaming site, and offers gamer-focused goodies (and some free games) as yet another component of Prime.

None of Amazon’s game programs look like Apple Arcade, a subscription service that will feature more than 100 games per month that will play across all Apple devices. But in this case, Arcade plays to an Apple strength, its dominant position in mobile gaming, the biggest part of the $134 billion game industry.

Hardcore gamers look down on Macs in terms of title availability and hardware customizability, but in terms of scale, the iOS game business dwarfs their PCs and consoles. So in this area, there are some differences between the two companies, but echoes too.

And though it somehow didn’t come up Monday, amid all the other subscription announcements, both Apple and Amazon have an abiding position in music and audio. Apple’s iTunes was the first significant online music-subscription business. Amazon includes millions of songs for free in, yes, Prime, and has a stand-alone version too.

And when it comes to audio, Apple has nurtured (and named) the podcast business over the past 15 years, while Amazon bought Audible, the huge audiobook service.

The other constant theme of Apple Monday was  privacy and data security. Apple CEO Tim Cook has repeatedly hammered Facebook and Mark Zuckerberg on these issues, particularly as Facebook keeps getting caught in repeated misdeeds around privacy and data handling.

But Cook’s point extends beyond Facebook to Google. The Duopoly reaps tens of billions of dollars a year from highly targeted ads built on deep pools of user data. Along the way, they’ve defenestrated the newspaper and magazine business and repeatedly knee-capped portions of the online game, video and publishing businesses.

With Apple News, Tim Cook pointedly said his company doesn’t know what users are reading. With Apple TV, he said the company won’t know what people are watching. And with the interesting new Apple Card, a mostly digital credit-card venture built on Apple Pay, the company won’t be sending data, card numbers, and the like across the Internet to its servers. Nor will Apple or partner Goldman Sachs traffic in users’ purchase data, unlike just about every other credit card company out there.

At about the same time Apple was making its point, reports surfaced that Google’s YouTube unit was pulling back on its own expensive slate of original shows, and the exec in charge was considering leaving. Google has since disputed the stories but we’ll see in coming months if there were any flames behind all that smoke.

In the same way, I’m going to be fascinated to see what Facebook does in response to Apple’s initiatives.

Facebook Watch has been distinguished so far mostly by its lack of distinguished programming. Facebook has also recently donated a few million dollars to help revive some small corner of journalism, while changing its algorithm to essentially end organic reach for news stories. It’s spending far, far more in a losing effort to moderate the tide of awful, fake and suspect junk that continues to flood  the “News” Feed.

Cutting corners on content may be financially prudent in a ruinously expensive business like online video in the era of Peak TV. But Facebook is reportedly hemorrhaging users and engagement. Crummy shows and a bankrupt News Feed aren’t going to encourage audiences to stick around.

50/50 Seems Whack For Publishers, But At Least It’s Not Zero

Yes, Apple has been criticized for the 50-50 revenue split it exacted from News+ participants. I wish those splits gave more to the publishers, to support more good journalism from real organizations. And some worry that all-you-can-eat will “cannibalize” traditional media the way Big Music got beat up over the last 20 years.

But News+ at least represents a chance to discover, and actually pay a reasonable price for, worthwhile content from companies that otherwise are having a hard time getting anyone to visit and pay. And it’s still a lot more than Facebook or Google are providing to the news business.

Given the choice, I prefer what Amazon has done and Apple is trying to make happen. The good  stuff costs money, but we need to find ways to start paying for it. This is a start, if hardly the end of that conversation.