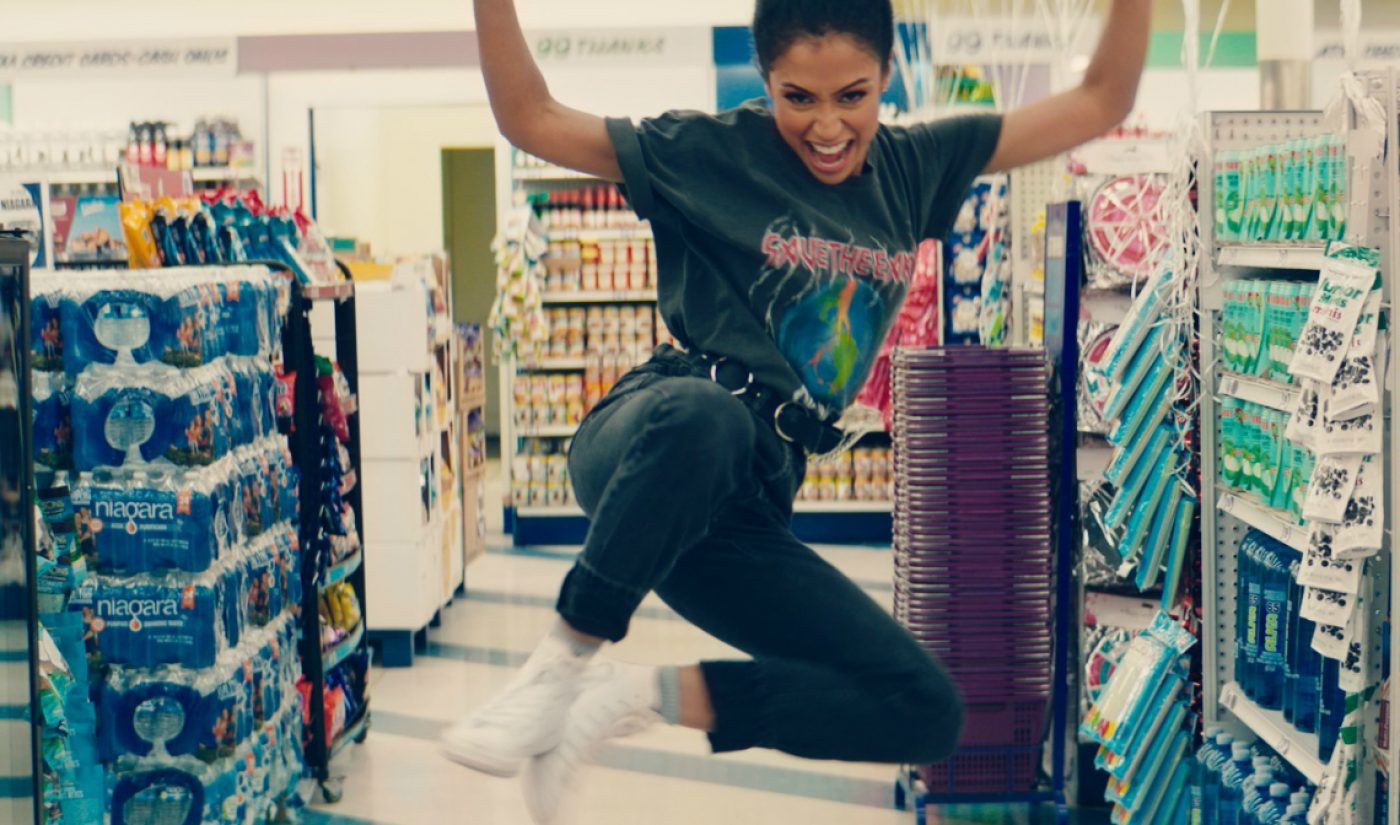 Liza Koshy is back in the dollar store.

Well, more importantly, she’s back on YouTube after a yearlong break from releasing self-made content on her main channel. But fans of Koshy’s content will be glad to know the video marking her return is an epic musical addition to her saga of dollar store videos.

Liza’s Last Dollar Store is a full-fledged glitz-and-glamour (and $1 toilet paper and snacks, of course) music video. It’s also apparently the cap to a much-viewed series Koshy started way back in 2015 with Get Money!! Dollar Store With Liza. That first video was meant to be a lo-fi “what’s up with all those dollar store hauls YouTubers are doing” parody, stamped with Koshy’s trademark humor. But the video was so well received (as in, 38 million views well received) that it ended up spawning multiple sequels, including the most-viewed video on Koshy’s channel.

Koshy’s last dollar store installment went live in January 2018, shortly before Koshy announced her break in February. Since then, her YouTube Original series Liza on Demand has been airing on her flagship channel, but all the self-made content Koshy’s been producing has been for her secondary personal channel, Liza Koshy Too, which has 7.9 million subscribers. (By the way, it’s worth noting that despite Koshy’s lengthy hiatus, her flagship channel — which has 16.7 million subscribers — was still netting millions of views per month prior to this upload. She pulled in 31 million views in December, 27 million in January, and 18 million in February.)

On her secondary channel, Koshy has been open about facing creative burnout and mental health challenges. In a video from this past January, where she hinted she’d soon be making a return to her main channel, she detailed her struggles with producing a large amount of content on a weekly or even daily basis. “I don’t care about the quantity of videos that I post, I care about the quality,” she said. “That’s why I stopped making them, because I wanted to ensure good content.”

And full credit for the video’s lyrics and vocals goes to Koshy herself.

You can check out Liza’s Last Dollar Store below:

This video is the first of a new crop of videos coming to Koshy’s flagship channel. She’s not sticking to an upload schedule and we don’t know what she’s got planned for future content, but we do know the next video she’s uploading on either of her channels is a behind-the-scenes look at Liza’s Last Dollar Store. That video’s set to go live on her secondary channel March 30, as you can see from this teaser trailer, also posted today.

We also know Koshy is working on the second season of Liza on Demand, which was renewed in January.