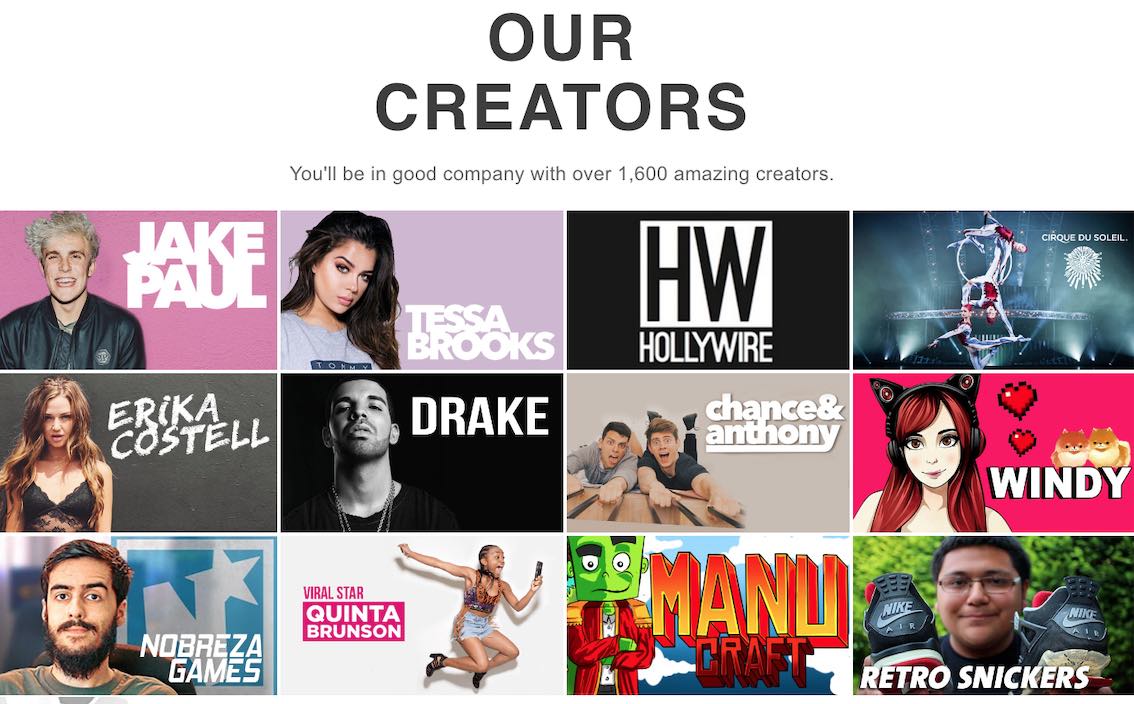 Yeah1 Group, the Vietnamese media giant that owns a handful of multi-channel networks, is selling ScaleLab — a prominent U.S. network that reps Jake Paul, Jimmy ‘MrBeast’ Donaldson, and Erika Costell — back to its original owners two months after acquiring the firm for up to $20 million.

The sale arrives after YouTube announced last week it terminated its relationship with Yeah1 and all of its MCN subsidiaries — including an eponymous network, ScaleLab, Thai network SPRINGme, and French kids’ content publisher Something Big. YouTube cut ties with Yeah1 due to violating behavior on the part of SPRINGme, though the world’s largest video sharing site declined to comment on the nature of these offenses. The fact that YouTube had terminated Yeah1’s network status would mean the third largest MCN on earth, according to Bloomberg, would no longer be able to monetize its vast network of 3,000 channels with 6.9 billion monthly views.

YouTube told Tubefilter on Friday that Yeah1 and its subsidiaries “had committed egregious and repeated violations of our policies.” It said it would release all creators from Yeah1 networks on March 30 — presumably including Paul, Donaldson, and Costell. In order to ensure a smooth transition, YouTube said it would help affected creators join the YouTube Partner Program as independents or to link up with other MCNs so that they could continue to monetize their content.

Now, however, in light of the schism between YouTube and Yeah1, Yeah1 announced on its website it has sold ScaleLab back to its original owners for $12 million — effective today. That had been the price of the initial transaction, though ScaleLab owners also had the opportunity to pocket an additional $8 million in management earnouts. It’s unclear whether those dollar figures were in stock, cash, or a combination of both. ScaleLab is now fully under the control of Brenner Pass Investment Corp. — an entity owned by ScaleLab founder and CEO David Brenner.

“Yeah1’s management has taken these actions in order to further the best interests of Yeah1’s shareholders, existing ScaleLab influencers, and the broader well-being of the YouTube ecosystem,” Yeah 1 said in a statement. “Yeah1 will have no further interest or involvement in ScaleLab.”

Yeah1 added that the rest of its businesses would continue to operate as normal, noting that outside of YouTube it also owns TV channels, movie production and distribution businesses, an ad agency, and a digital ad-publishing business. That said, being shut out from YouTube monetization could have substantial ramifications on Yeah1’s future. YouTube accounted for 28% of total revenues last year — to the tune of $20 million. The publicly-traded company has also reportedly lost $100 million in market value in the last week alone since YouTube terminated its Yeah1 relationship.

Hollywood-based ScaleLab, for its part, reps a total of 1,750 YouTube channels with over 400 million subscribers who garner 3 billion video views per month. We’ve reached out to the company for comment and will update this story with any additional information.