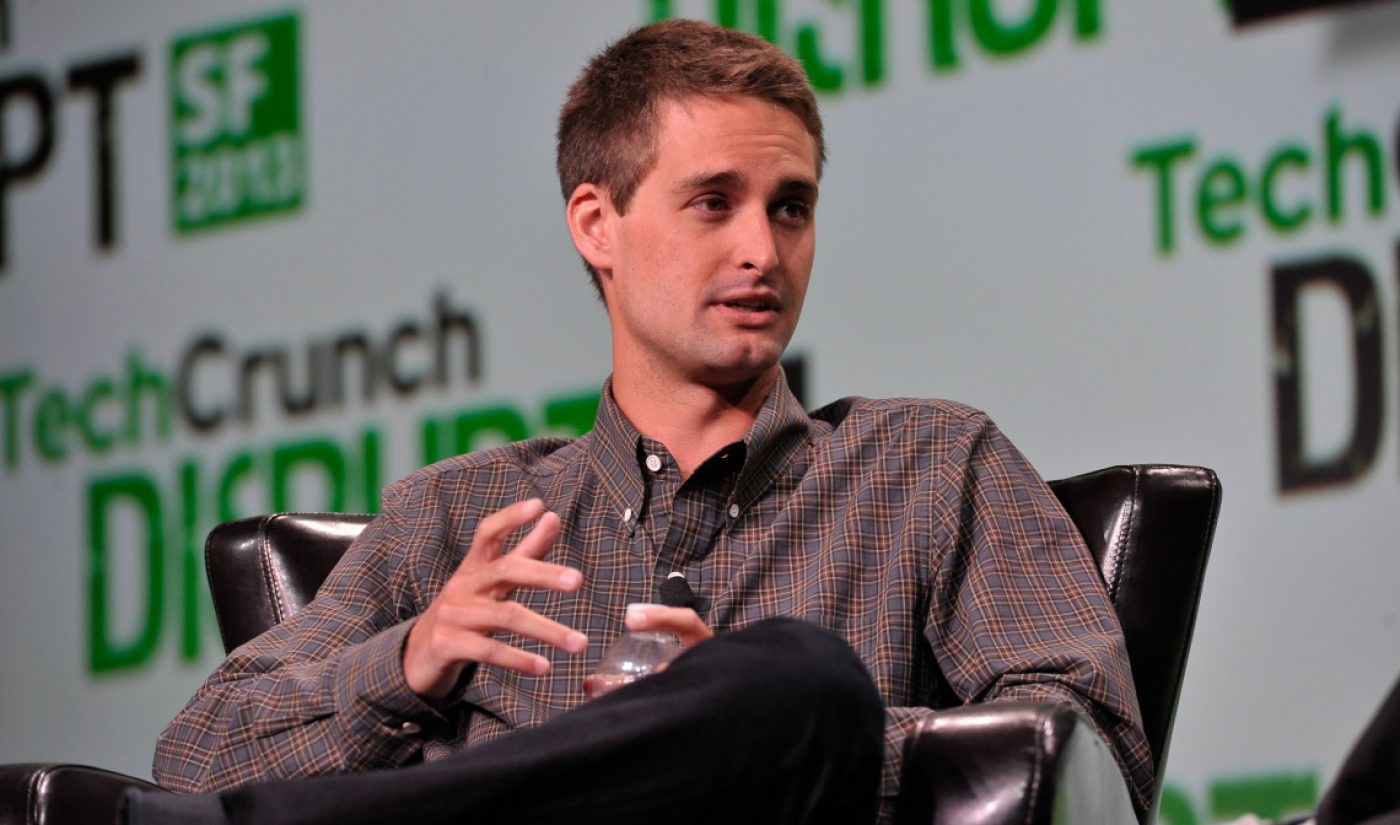 Jeffrey Katzenberg has revealed that one of Quibi’s launch titles will be a Snapchat-inspired version of The Social Network.

The series, called Frat Boy Genius, will follow a semi-fictionalized version of Snap, Inc. founder and CEO Evan Spiegel. It’s narrated by a fictional character named Lily, who attended Stanford with Spiegel and conceptualized one of Snapchat’s key features, only to be pushed aside and replaced by a male programmer, per The Hollywood Reporter.

Though Frat Boy Genius, like all of the short-form video startup’s series, will be delivered to viewers in 10-minute episodes, it’s based on a feature film script. Written by Elissa Karasik (Bones), the screenplay placed No. 1 on this year’s Black List, an annual Hollywood ranking of unproduced scripts.

“We want to tell a story that’s as compelling and interesting about Snapchat and Evan as The Social Network was for Facebook,” Katzenberg said this past weekend, during his session at South by Southwest. When the session moderator, journalist Dylan Byers, said he could hear “alarm bells” at Snap over the series, Katzenberg replied, “He should be flattered.”

For those not in the know, The Social Network is a 2010 film that cast Facebook founder and CEO Mark Zuckerberg in a less-than-favorable light. Like Frat Boy Genius will for Snap, The Social Network focused on the troubles Facebook had during its early years — both in business operations and in executives’ relationships with one another.

Choice bits from Karasik’s script reveal that despite Katzenberg’s claim that Spiegel should be flattered, the story itself is fairly unflattering. Spiegel is described as “a surprisingly not-totally-unattractive combination of thin lips, hooked nose and butt chin,” and is shown in one scene passed out in bed during a frat party, urinating on himself — all while a girl does lines of cocaine off his desk, per The Hollywood Reporter. Another scene shows him guilt his wealthy parents into buying him a luxury car and in-home movie theater as a way of apologizing to him for getting divorced.

Katzenberg didn’t offer any information about casting or a potential release date. We do know the series is being produced by Makeready, and that Quibi itself is set for a launch in 2020.

Katzenberg said that after its launch, Quibi plans to debut a new ongoing series every other Monday.