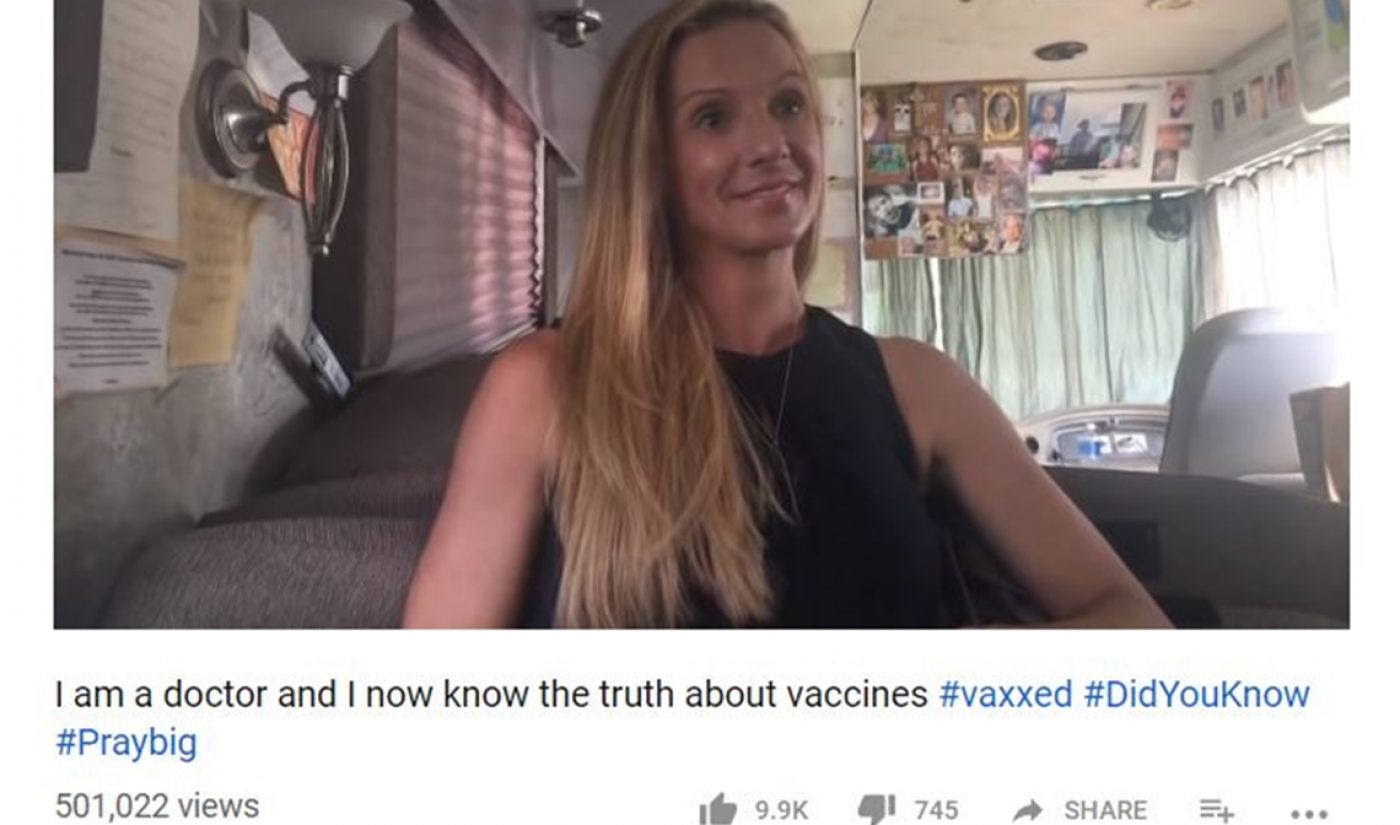 In response to complaints by advertisers that campaigns were running against these videos, YouTube told BuzzFeed on Friday that it would no longer monetize anti-vaccination channels, noting that such content violates its policy against “dangerous and harmful” videos. “We have strict policies that govern what videos we allow ads to appear on, and videos that promote anti-vaccination content are a violation of those policies,” the company told BuzzFeed.

Three prominent anti-vaccination channels that have since been demonetized include Vaxxed TV, LarryCook333, and iHealthTube, BuzzFeed reports, who count a collective 473,000 subscribers.

In addition to the demonetization, YouTube is also implementing new ‘information cues’ on anti-vaccination videos. The video giant launched information cues roughly one year ago to clamp down on conspiracy theories with Wikipedia-sourced text boxes running alongside conspiracy videos. Previously, these cues only appeared on anti-vaccination videos that mentioned the measles, mumps, and rubella (MMR) vaccine — with a link to the MMR Wikipedia page and a brief description of the vaccine. Now, a “considerably larger number” of anti-vaccination videos will carry information cues about ‘vaccine hesitancy‘, according to BuzzFeed — which the World Health Organization considers one of the ten biggest threats to global health in 2019.

Other tech companies are taking strides to clamp down on anti-vaccination content. Pinterest banned all vaccination-related searches full-stop, for instance, while Facebook said that it is tweaking its algorithm.

YouTube has long tried to combat conspiratorial content as, for instance, a recent study found that it is responsible for indoctrinating a majority of ‘flat earthers’. In January, YouTube said it was releasing a new algorithm to prevent conspiratorial content from being recommended. The algorithm targets three types of videos in particular, YouTube says: those that promote a phony miracle cure for a serious illness, those that claim the earth is flat, and those that make blatantly false claims about historic events like 9/11.