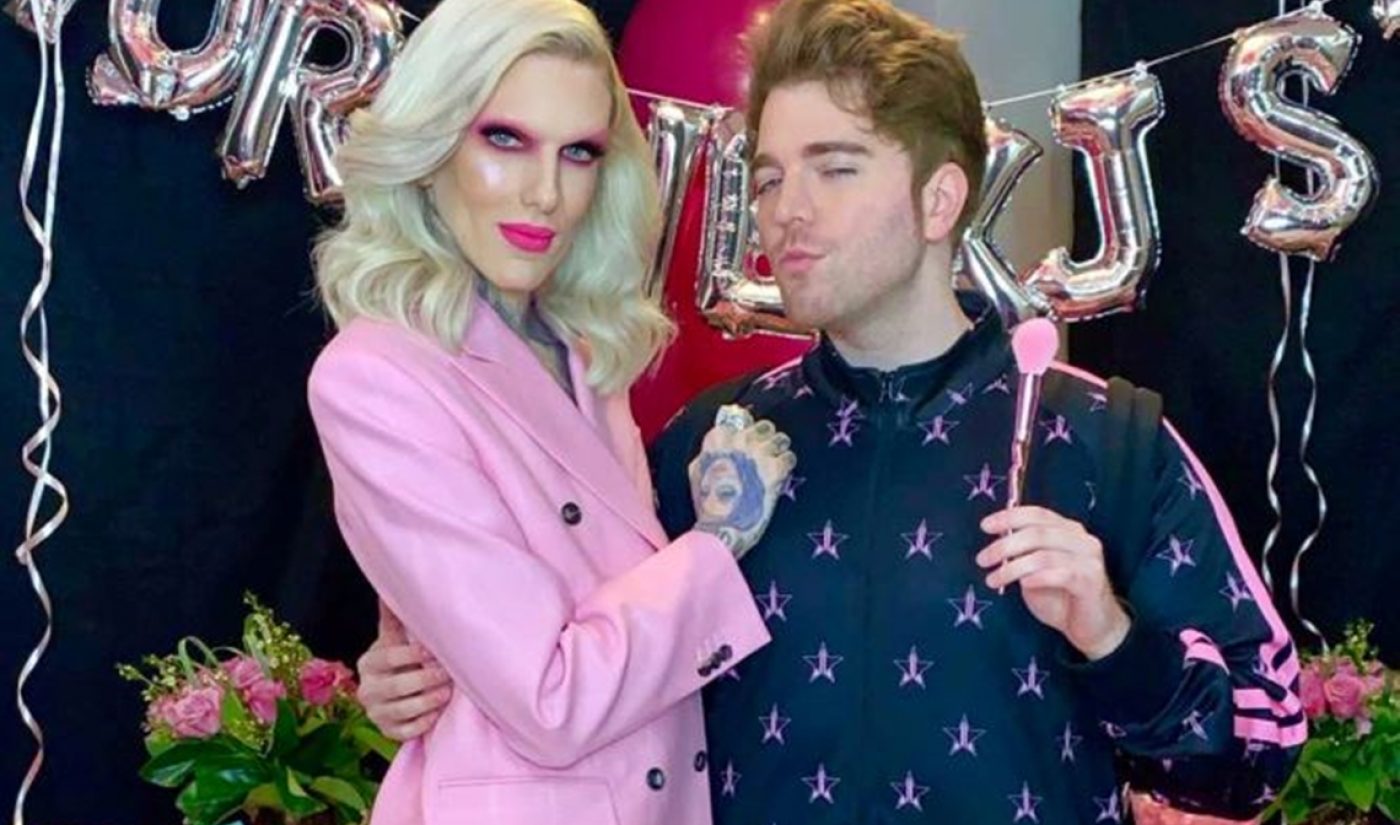 Shane Dawson is making the transition from acclaimed documentarian to beauty entrepreneur.

As part of his next docuseries, another collaboration with Jeffree Star for which the concept has not yet been revealed — although it appears as though Dawson may be trying his hand at becoming a beauty guru — the YouTube vet will be creating his own makeup palette alongside Star’s Jeffree Star Cosmetics. While it has long been rumored that Dawson and Star were collaborating on a product launch, Star confirmed the news at a public appearance in California over the weekend to cut the ribbon on a new Morphe store in Sacramento (see below).

Dawson joined Star on the trip — decked out in a Jeffree Star-branded tracksuit on a private jet, naturally — as Dawson’s co-producer, Andrew Siwicki, also tagged along to chronicle the voyage, including the swarms of fans that greeted Star at the mall. This marked the first day of filming for Dawson and Star’s second docuseries following last year’s highly-viewed The Secret World Of Jeffree Star.

Beauty product collaborations can fetch influencers a pretty penny. And perhaps no brand has been more astutely aware of this fact than Morphe itself, which has launched eyeshadow palettes with the likes of James Charles and Jaclyn Hill that it says it struggles to keep in stock. Star, who is one of only a handful of beauty creators to be the proprietor of his own brand, has said that Jeffree Star Cosmetics earns him roughly $150 million annually.