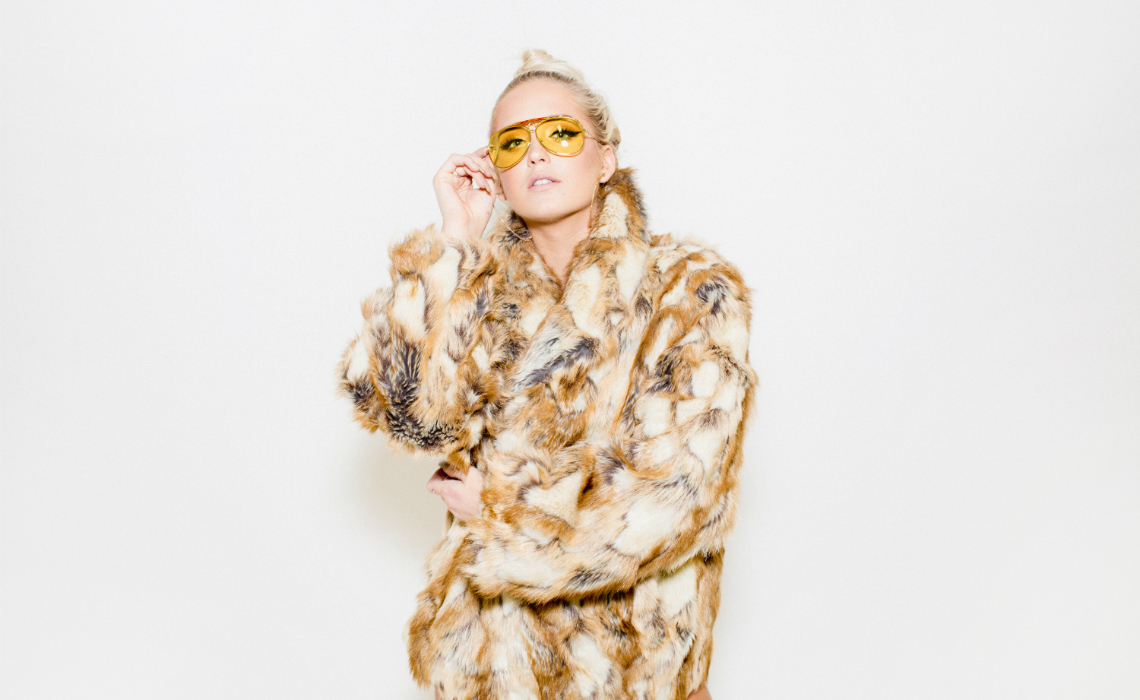 For singer-songwriter Macy Kate, the everyday grind has shaped her into who she is. By age 10, she’d gone through five years of classical piano training. At age 13, she signed with a girlband, a dream come true…that also came with grueling days of getting in shape for tour, prepping for PR rounds, and then spending nights in the studio. Kate wasn’t just all-in for singing, though; at the same time, she was going out for the Olympics in competitive swimming, shaving milliseconds off her lap time in an effort to make the cut.

Nowadays, Kate (who’s a Fullscreen client) is entirely focused on her career as a singer-songwriter — and for the past seven years, that career has played out on YouTube. She uploads covers, her own original songs, and recently expanded into tour videos to show her one million subscribers what she gets up to behind the camera. Unsurprisingly, most of what goes on is hard work. Kate’s in the studio daily, producing her own stuff and working on music for other artists.

It’s been a long, tough rise to that golden YouTube million, but Kate says that’s what makes her unique. She’s come to know her business — both music and YouTube — inside and out, and has forged long-term connections with her fans.

Now, she’s planning to take that business knowhow and make 2019 her biggest year yet. Check out our chat with her below.

Macy Kate: It feels so amazing! When I first started on YouTube seven years ago, I genuinely had no intention of getting views, subscribers, or fans whatsoever at all. It was strictly to share my music and different renditions of songs with my family, and a creative outlet for me to go to when I didn’t have anything else. It’s crazy to think about how that turned into something so influential for me and other people. I’m so grateful that I can connect and relate to so many people. All I can say is thank you to everyone who has been listening and subscribing. You are the reason for my opportunity in music — and also thank you to my day ones, who have been watching me since I started seven years ago. Means so much to me.

MK: I started singing at around age five. I had always been humming around the house. In kindergarten, when my class would sing the national anthem before school every day, I was always the loudest one in the room. Haha. My teacher couldn’t avoid telling my parents that I could sing.

I started taking piano lessons when I was five and was trained classically for five years after that, until I was 10. Then I wanted to start playing pop covers on the piano and singing to them, so I did that for a few years. Shortly after that, I found myself with an opportunity in Atlanta to be in a girl group at 13. We were put through hardcore artist development there. Dancing, running, and singing up and down hills for metabolism onstage, media training, studio all night. It was a lot.

I was doing all of that on top of being a competitive swimmer. I was only a second off my Olympic trial cut at the time, so I was training for that on top of artist development. Then, when the group broke up, I stayed in Atlanta and started my YouTube channel, recording covers and originals at the same time. Then I moved to Los Angeles, auditioned for some singing reality shows, got signed to Flo Rida’s record label in Miami, went on tour with him for two years, moved back to LA after that, and continued pursuing YouTube!

Tubefilter: What do you think makes your voice (quite literally) stand out despite all the noise on YouTube?

MK: I don’t necessarily think it has to do with my voice as much as it has to do with the connection I have to my fans. This wasn’t an overnight success for me. I always remind myself that. It took me SEVEN YEARS to get to one million subscribers. That’s a long time, and a lot of growing. I was obligated to connect and get to know my fans personally. I don’t even like calling them fans because they are more like family to me. Some of these people have been watching me since I was 13. They’ve watched me grow into myself and into the artist  I want to be. It’s insane.

Some people on YouTube get immediate viral fame overnight and have no idea how to handle it and everything is just thrown at them within a week timespan. When difficult situations happen, they have no idea how to handle it, which is so hard to even find yourself as a creator. You can get caught up. For me, having longevity in this business means connecting with the people who love you, and that’s exactly what I did over time. I wouldn’t change my journey for the world, and I think not having an overnight success is what makes me different.

Tubefilter: You went viral with your cover of Imagine Dragons’ “Radioactive”–and since then, you’ve had lots of other covers get millions of views. How do you choose what songs to cover? Does your audience influence the songs you choose at all?

Tubefilter: What’s your production process like? How long does it take you to make a video for a song? Where do you film? Do you work out of a recording studio?

MK: It’s honestly a lot of work. It’s always been frustrating for me, because I feel that musicians and singers on YouTube should get a lot more credit than they do. My process goes like this: go into the studio every week, come up with a track arrangement with my producer (or do it myself on the piano), come up with a vocal arrangement, record the arrangement with my engineer, film the video, edit the video, decide whether we want to put the song on iTunes, get the right licensing for it, then upload. We musicians really invest in our craft and business. It takes a lot more time and effort than just putting up a camera in your room and singing, or making a Q&A/comedic video. At the end of the day, it’s all worth it. I’m doing what I love every day and get to be so creative in the process. It’s really a dream!

Tubefilter: You also vlog in between song covers. What’s it like balancing creative energy for both singing and vlogging, as well as video production? Do you ever feel burned out?

MK: A lot of times I feel burned out, haha. On top of YouTube, I’m in writing sessions every day, label meetings, interviews, shows, rehearsals, etcetera. It does all catch up to me sometimes. Sometimes I’ll have to take a break from YouTube for a sec, then come back and continue, but for the most part, I’m pretty good at juggling everything. I was raised to push myself harder every day, so I guess it’s just in my nature.

Tubefilter: You recently started uploading a tour diaries series. Can you chat about the tour and how that came about?

MK: I started noticing that my subscribers really loved seeing the “behind the scenes” of my life. I don’t always show what goes on when the camera is off, but I found that’s a better way to let my followers peek into my life, whether it’s filming me and my team on tour, in the studio, or on the road. I got such a good response on my tour videos that I just kept doing them. I’m really excited about the videos for this year. I’m going to be releasing a lot more original music this year, and I’m excited for everyone to see the process of that.

MK: I wouldn’t consider it a full-time job at all, because it never feels like I’m working! When I’m not filming, I’m usually in the studio writing some original music or music for other artists. You could also find me outfit planning, haha! I’m obsessed with fashion.

MK: I love making it my own. I love taking other people’s iconic songs and making them my own. Adding runs and riffs, shifting melodies. It’s my favorite thing.

You can add yourself to the ranks of Kate’s more-than-a-million YouTube subscribers at her channel YouTube.com/MacyKateMusic.