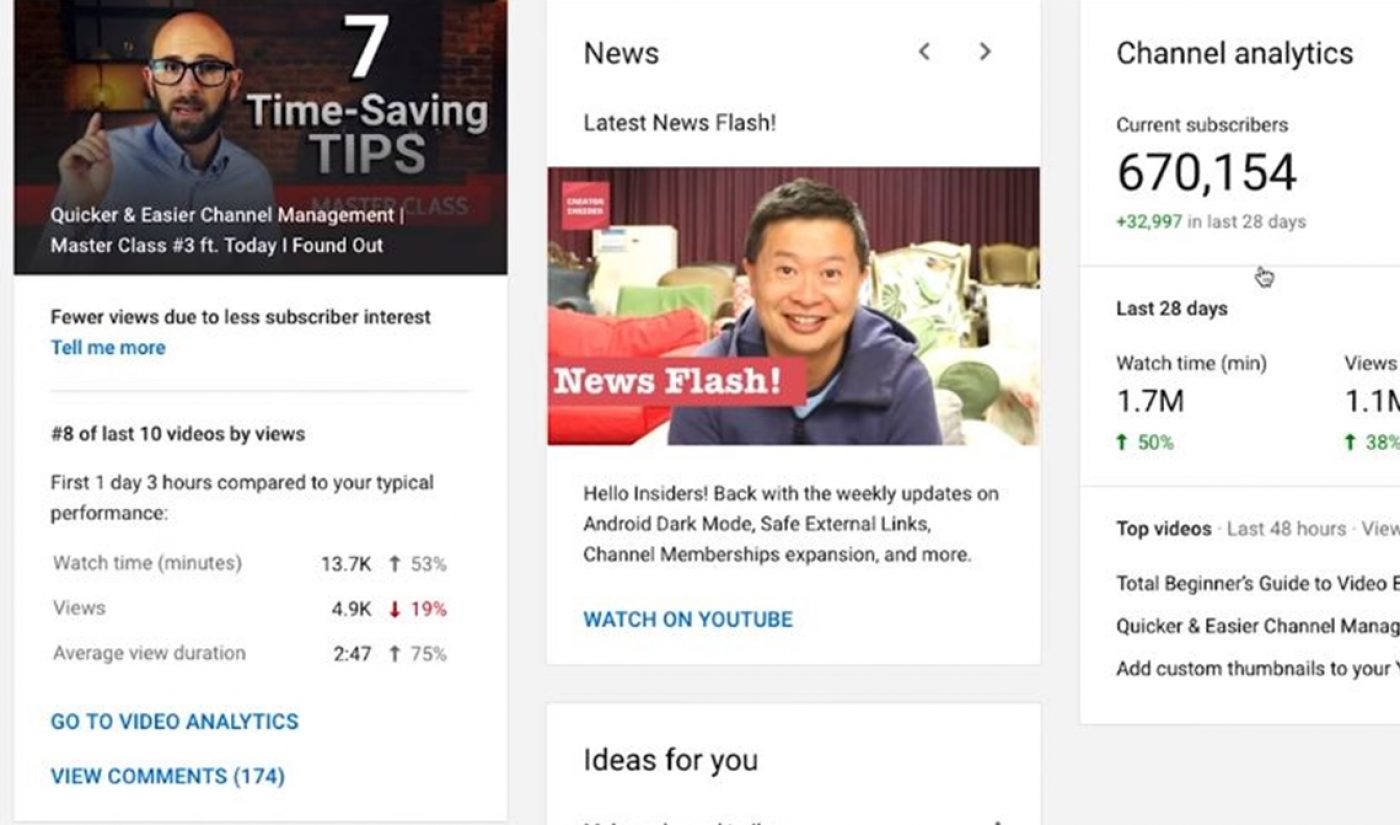 YouTube is rolling out five new features within YouTube Studio Beta — the latest version of its digital dashboard that enables creators to manage their channels and monitor growth.

Three new features will enable creators to track performance, and the other two will help them stay up to date on news from YouTube itself. The upgrades from YouTube Studio Classic to the new Beta version — which has been in the works for six months — will be rolling out over the next several weeks, says YouTube exec Tom Leung in the latest video on its Creator Insider channel. (That said, creators can still opt to use YouTube Studio Classic if they wish).

On the channel performance side, YouTube has unveiled: a Snapshot Report, which features a leaderboard comparing a creator’s videos against one another; YouTube Analytics Smart Headlines, which give a summary of monthly performance at a channel level in terms of what is driving subscriptions and views; and a Funnel Report, which shows how many people watched videos over a period of time, as well as a percentage of YouTube impressions that turned into views (as a means of analyzing headline and thumbnail efficiency).

In terms of YouTube updates, the platform has added a Known Issues Widget that will alert creators of any technical issues occurring on the platform and an ETA on forthcoming fixes; as well as a Creator Insider Widget to showcase the latest video from the Creator Insider channel.

You can check out Leung’s update video below: