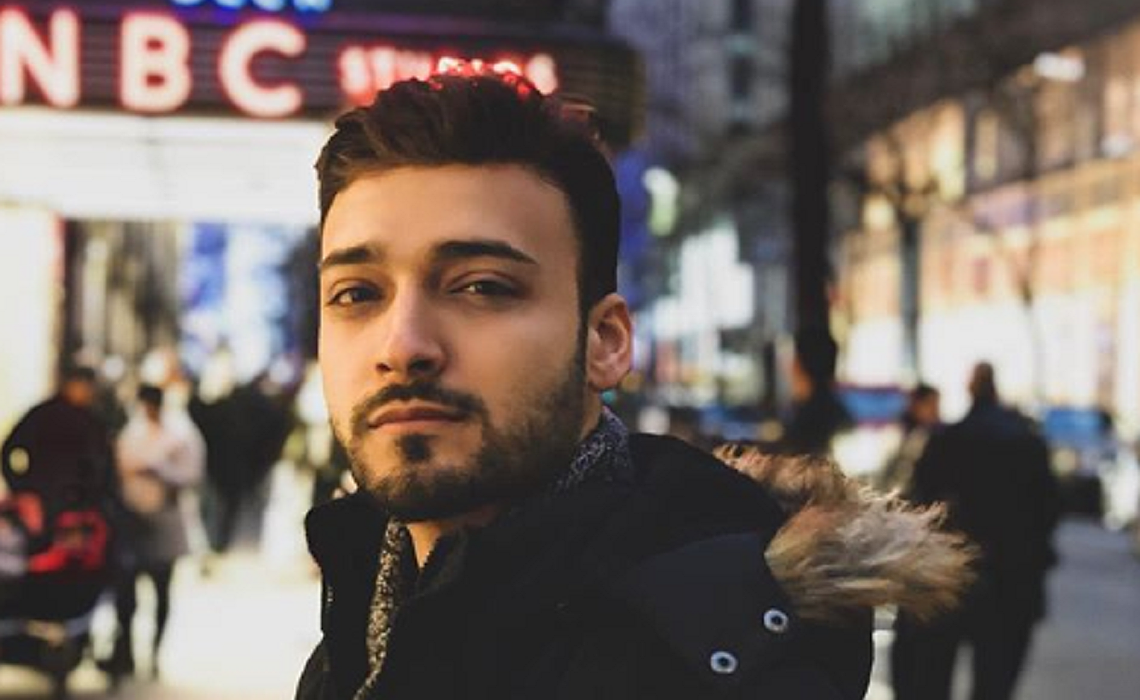 Creators Going Pro: Karim Jovian Made Dozens Of Viral Hits — Now He’s Out To Help Other YouTubers Do The Same

From 2014 to 2017, Jovian put out a steady stream of bona-fide hits, each of them viewed millions of times. He traded in experiment videos, challenging people to reconsider what they thought the Qu’ran said, what they thought about homeless people, and (of course a little less seriously) what they’d do if something straight out of a horror movie tried to mow them down in their apartment.

In 2018, Jovian’s approach to content shifted. He moved away from big productions involving lots of strangers and started primarily making quieter, more personal content. But the core subject of his videos — his faith — stayed the same. In fact, he kick-started his most personal faith-based project yet: My Awkward Muslim Life, a collection of funny sketches about some of Jovian’s most cringeworthy moments.

And now, Jovian has just launched his newest creative endeavor: a podcast called Coffee and Karim. The weekly show is meant to “give American Muslims an authentic voice and show the world what amazing gifts we have to offer,” Jovian says. He’s up to two episodes so far, and is collecting supporters for the podcast over on crowdfunding platform Patreon.

Jovian has big plans for 2019, including laying the groundwork to open a content creation business where he’ll put his production skills to work helping other YouTubers make high-quality content. For now, though, he’s popped in to Tubefilter to chat about why he joined YouTube way back in 2009, some of the challenges he’s faced as a YouTuber, and his approach to creating content.

Karim Jovian: I grew up in Manhattan and then moved to Queens with my family. I am the firstborn of three. Both my parents are Egyptian, so that makes me a pharaoh, right?

I grew up practicing and studying Shakespeare because I always wanted to become an actor. Since auditions take forever, and it even takes more time to get accepted for roles, I decided to create my own content. I chose YouTube because I saw my brother, who was a filmmaker, share his videos through YouTube in the early days.

Tubefilter: You’ve been on YouTube for quite some time, and your content strategy has shifted over time, but you’ve always made content about being Muslim. Why is it important for you to make content about your faith?

KA: At first, it was something I was afraid of doing, but I wanted to challenge myself and show some understanding to viewers out there. I told myself that what I am gonna do is bring peace and coexistence, because if I don’t, more hate can rise through misunderstanding. And today it is more important than ever with the changes in politics. I tried to steer away from it because of the YouTube demonetization, but my viewers always demand it. So I always try to pepper in some videos that deal with religion in a more artistic style. Like this one with my girlfriend Vlada!

Tubefilter: You just launched a podcast, Coffee and Karim. Give us the lowdown. How did you decide to launch a podcast? What’s it like behind the scenes?

KJ: Yes! I am so excited. I release podcasts every Tuesday on iTunes and audiovisually on YouTube! I actually have been wanting to do it for so long, and I decided simply that I’m going to do it because there are so many topics I want to talk about and cover. It is also a great way to humanize us creators for our viewers and to connect more easily.

KJ: I had many sponsorships that I have been fortunate enough to work with. I have worked with Best Friends, Aputure, Elgato, D&O Lighting and more. They came about from companies reaching out to me, and me reaching out to them!

Tubefilter: Along with branching out into podcasting, you’ve also launched a project called My Awkward Muslim Life. Can you chat a bit about that?

KJ: My Awkward Muslim Life is a passion project of mine. It’s a show with various sketches chronicling weird moments in my life in comedic and dramatic fashion. So far the first episode did incredible!

Tubefilter: What would you say is the “Karim Jovian brand”? What can viewers expect when they tune into your videos–or your podcast?

KJ:The Karim Jovian brand is hard to pinpoint because it is basically personality-driven, but I want it to be more about the work I create. Viewers can expect something with substance and high-quality production. They will learn something new and always find something interesting in my videos.

My podcast deals with the various stages of our lives. We all have high points and low points in our lives, and in my podcast, we explore that and share it with our viewers with a little coffee — hence the podcast’s name, Coffee and Karim…since my name sounds like “cream.”

KJ: The moment I knew I was a professional YouTuber was when I first moved out of my parents’ house in December 2016. I got my own place, and it was a truly defining, motivating moment for me.

KJ: My production schedule is not too strict and pretty lax. I like to take the Peter Jackson approach and always have fun while doing a lot of work. Not hard work, just lots of it. Having fun is very important and healthy. So for example, there are times where I’ve worked late nights and then slept for hours on end once the project I was working on was finished and uploading.

My filming schedule now is Tuesday and Fridays. Fridays have always been the day I release videos, and now Tuesdays are for podcast releases. I always release between 2 and 3 p.m. because it’s a perfect time — here in the U.S., kids are getting home from school, while in the U.K., they are already home and winding down for the night. So, everybody is around to watch my content.

Tubefilter: Do you have a team working with you behind the camera of your channel or Coffee and Karim?

KJ: I use to have a dedicated team, but sadly with the demonetization issue and low CPMs, I had to let all of them go. Now it’s back to being a one-man army again, which has slowed me down a bit, but hasn’t stopped me. I still work with freelancers, from editing to actors to cameramen that come and go. But nothing permanent at this time.

Tubefilter: Can you expand a bit on the demonetization issues you’ve had?

KJ: This is how I deal with it. I have always learned to deal with all the changes and challenges YouTube brings. I’ve adapted and overcome many times.

This honestly has been the hardest to deal with, however, because it has a domino effect with brands — not because of the content of videos, because the videos get demonetized and suppressed, so reach becomes very low, and that’s not attractive.

I did a test publicly where we post the same video and, on one, use tags like “Muslim” to see what happens, The ones with the tags got demonitized just for having that word.

It’s gotten better now for sure, but it’s not perfect. CPMs for Muslim-related videos weren’t that great either, but now they are even worse. I hope YouTube hears out creators like myself. But in the end, it’s the advertisers that matter most to them, it seems. That’s why, sadly, many great creators have left the platform and many viewers are angry. I am exploring other platforms too, but I believe in YouTube. I hope they pull through and find a way to make at least most of their users happy.

KJ: My most vital skill is persistence. It beats talent, good looks, brains, and faith. Persistence will get you anywhere if you keep at it and apply it in many different ways. If one way doesn’t work, keep trying. Just try it in a different way, but keep trying.

KJ: The next thing for my channel is building a company where we also produce films and music videos for other creators. Mainly building toward being a memorable and game-changing digital media producer/creator. Like the Christopher Nolan of YouTube, with a little Ryan Reynolds thrown in there. Looking to have great narrative pieces and content done in such a way that big brands would die to work with us.