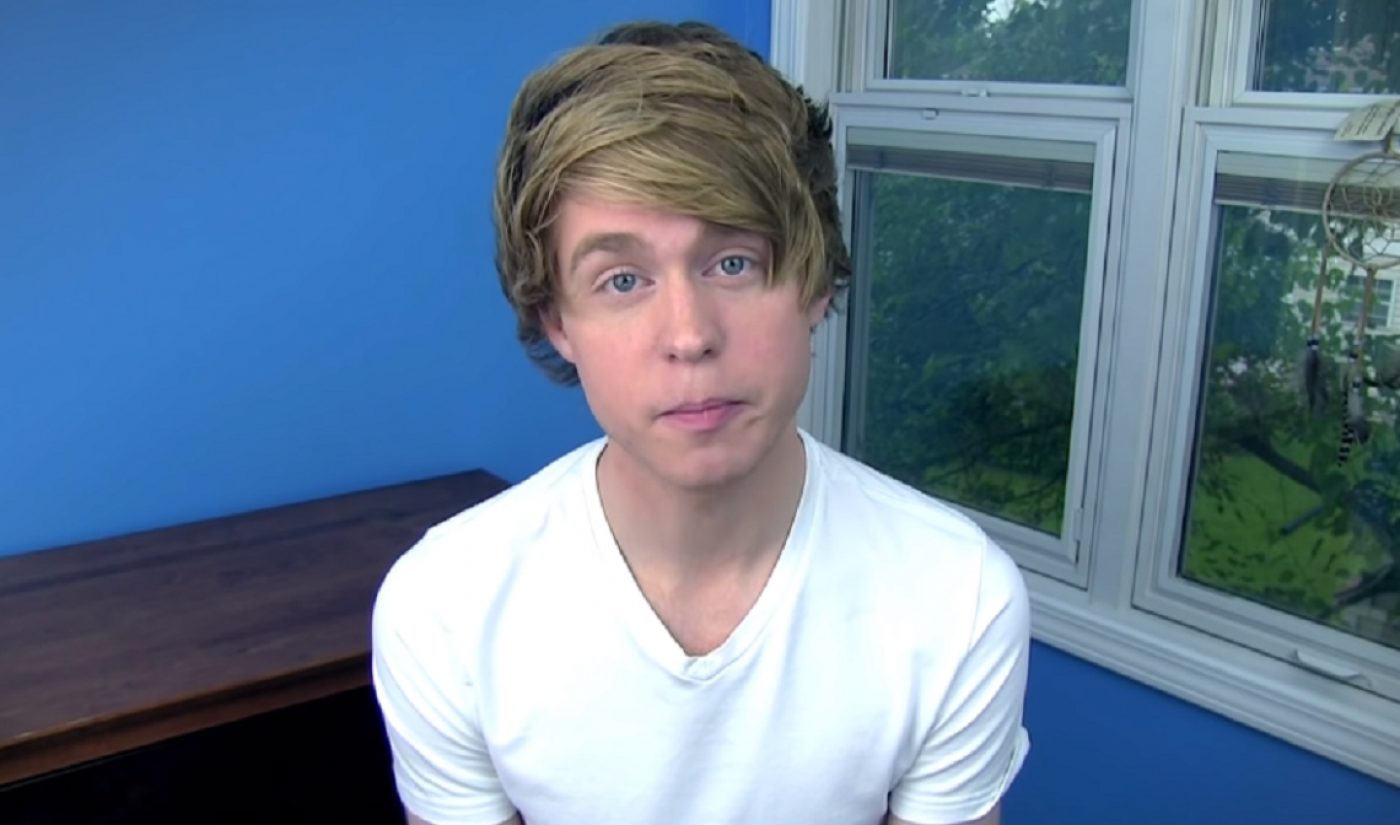 Jones, 26, was arrested in June 2017 and charged with two counts of child pornography after he told federal investigators he’d engaged in explicit conversations with girls he was aware were underage. He ended up pleading guilty to one count of child pornography.

Complaints about his behavior originally surfaced back in 2015, with allegations that he’d of asked young girls to send him videos of them twerking. At the time, Jones posted a video on his YouTube channel (where he has 534,000 subscribers) admitting the allegations were true, but saying that “nothing ever went further than twerking videos” and that “there were never any nudes.”

Jones’ plea agreement, however, contradicts his earlier statements. The 27-page filing outlines inappropriate text conversations he had with more than 30 female fans from 2010 to 2017, per the Chicago Tribune. In the chats, Jones often told them that sending photos or videos of themselves performing graphic sexual acts proved they were his “biggest fans.” He also said he “modeling opportunities” for them if they sent material. Several girls were asked to talk about their age while they performed sex acts on camera. And in 2016, he told one girl to remove her underwear for him, saying, “I’m just trying to help you! I know you’re trying your hardest to prove you’re my biggest fan. And I don’t want to have to find someone else.”

After Jones’ arrest, several prominent YouTubers posted videos exploring the allegations, including Philip DeFranco and DramaAlert. One YouTuber, Aurora Skies, posted her own video chronicling an experience where he asked her (then 14) to send him twerking videos.

Jones’ lawyers said he has sought psychiatric counseling, and is coming to terms with traumatic events in his own life, including sexual abuse he suffered from a close relative, and the sudden death of his younger brother, the Chicago Tribune reports.

Prosecutors sought to keep Jones in custody until his sentencing on May 3, but defense arranged for him to be kept out on bail so he can continue receiving treatment. He faces a mandatory minimum of five years in prison, but could be sentenced to as many as 20 years.