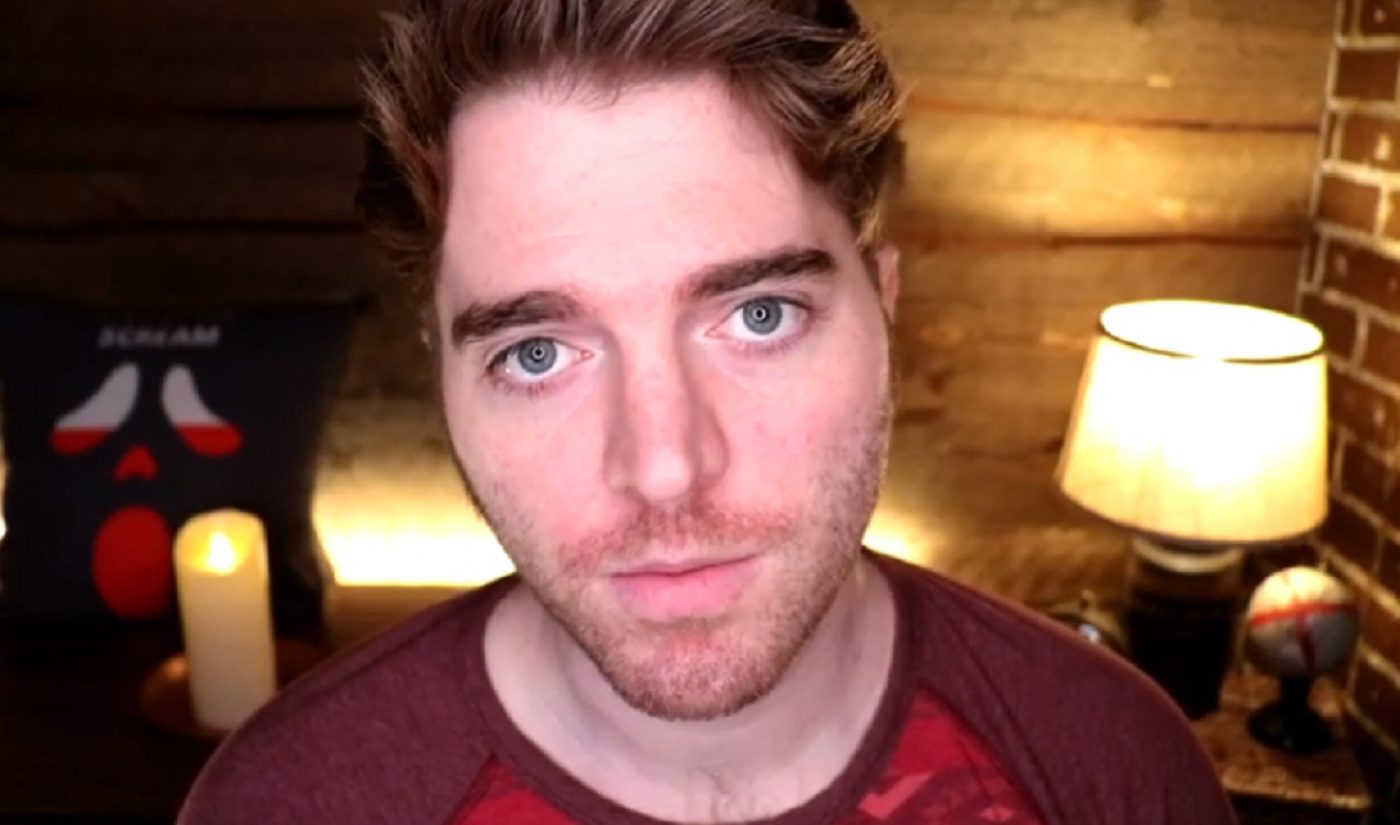 Yes, Shane Dawson’s new project, Conspiracy Series, was demonetized for a number of hours directly after it was uploaded to YouTube. No, that demonetization did not happen because the docuseries is about conspiracy theories.

Dawson debuted the first part of his much-anticipated new project yesterday, and in the past 16 hours or so, it’s garnered more than 8 million views. But not all of those views earned Dawson ad revenue. A couple hours after it went live, people on Twitter began pointing out that the video, which previously had eight ad breaks (including a custom ad from Dawson’s sponsor, money-saving browser extension Honey), had been completely demonetized.

sis it it just me or did this video get demonetized pic.twitter.com/wqiQliQczA

Dawson’s nearly two-hour installment focuses on several conspiracy theories. One alleges the recent California wildfires were planted with lasers by the U.S. government, aliens, or maybe the Illuminati. Another says there are messages embedded in childhood cartoons meant to drive people to suicide. A third purports that iPhones secretly record ambient conversations around them — a theory that has more weight than others, given recent revelations about FaceTime users being able to hear people they’re trying to call before the call connects.

Some Twitter users suspected Dawson’s focus on conspiracy theories was what got him demonetized. Not because some shady organization was trying to keep him from revealing its secret lasers, but because YouTube has finally made concrete moves to cut down on its recommendation algorithm pushing content about concerning conspiracies.

Bc YouTube demonetized and is hiding all conspiracy videos 😡😡

Shane’s video is deadass almost 2 hours long and it’s demonetized because YouTube isn’t monetizing conspiracy videos not to mention nearly 2 million views in 3 hours but it’s not on trending??? DONT EVEN TRY TO CONVINCE ME THEY’RE NOT TARGETING HIM @shanedawson pic.twitter.com/AJqHcwb4uT

To be fair, Dawson says his previous videos about conspiracy theories have been demonetized, and even taken off the platform altogether. “I’ve never made money on my conspiracy videos and I’ve had some removed,” he tweeted in response to someone wondering whether he’d be demonetized (apparently before he was actually demonetized). “It’s the risk of being into this dark sh-t I guess!”

Here’s what actually happened, though: After the video was uploaded, YouTube’s normal automated review process kicked in. Because Dawson had used a clip of footage showing a dangerous prank (something YouTube recently cracked down on with more specific Community Guidelines), YouTube’s system assumed he was promoting dangerous content and demonetized. The YouTube team reviewed the system’s decision this morning and concluded that Dawson’s inclusion of the footage was fine, since he wasn’t promoting harmful or dangerous acts, just discussing them.

“To show ads, videos must comply with our Advertiser-Friendly Guidelines,” a YouTube spokesperson told The Verge. “Sometimes we get it wrong when determining whether a video is suitable for advertising, so we encourage creators to appeal for a review if they think there’s been an error. We work quickly to restore advertising as soon as we’re made aware of a mistake.”

Those 12 hours Dawson’s video spent demonetized, likely cost him at least $14,000 in AdSense, The Verge figured, based on YouTube’s average $2 CPM (or ad cost per 1,000 views). As they pointed out, though, it’s likely Dawson, whose documentary projects over the past year have all earned tens of millions of views, was making more than the average return — so we don’t exactly how much money he lost due to the error.

Dawson hasn’t yet announced a run date for Conspiracy Series’ second installment. You can watch the first episode below.