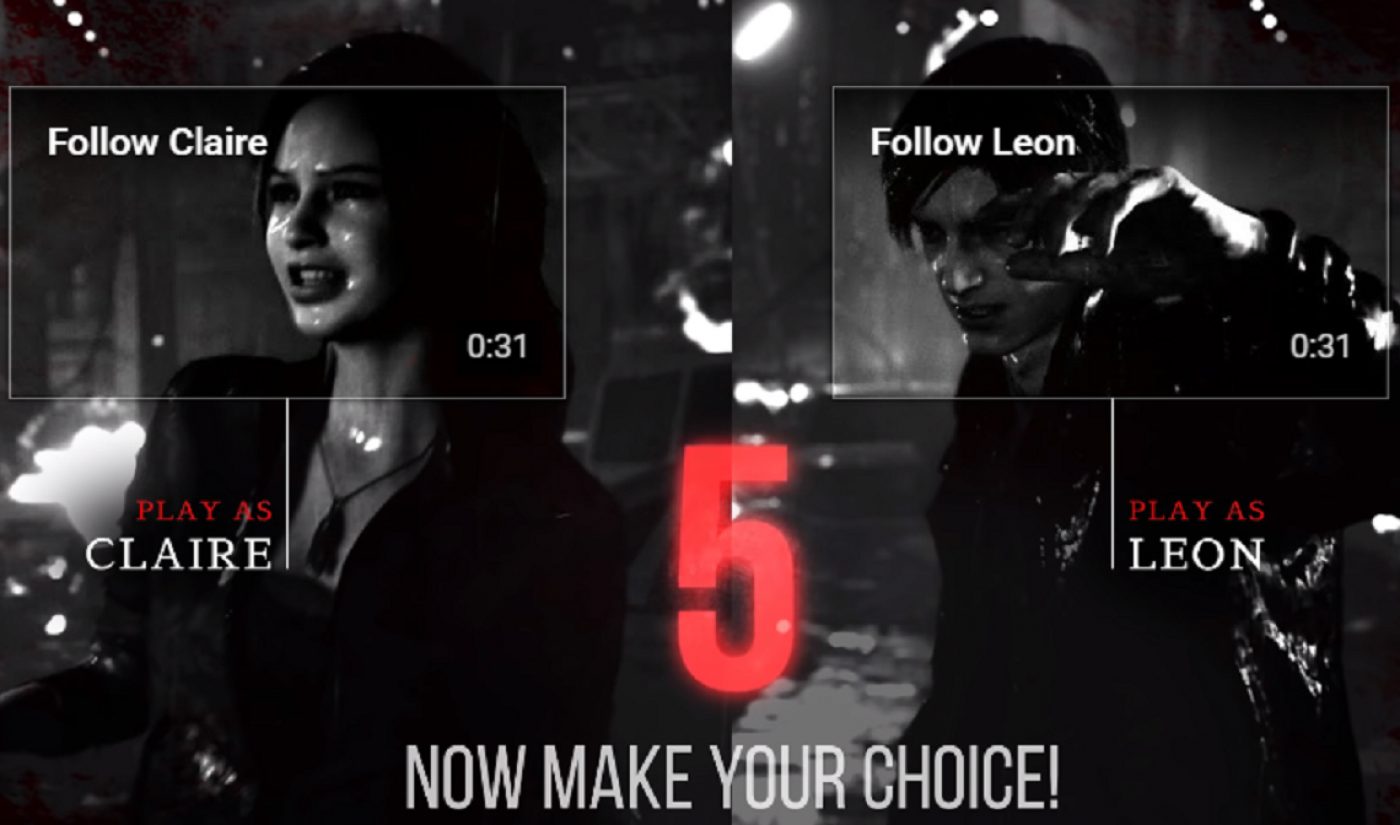 Interested parties can experience the horrors of the zombie apocalypse by playing the recently-rereleased video game Resident Evil 2 — or they can watch some interactive YouTube ads.

The first portion of the ad, a brief 42-second clip, introduces viewers to the longrunning franchise’s infamous setting, Raccoon City. When disaster strikes main characters Claire Redfield and Leon Kennedy, viewers must choose which person to follow to the next part of the ad — and then make the right choices to help that character survive a further couple of clips. For example, telling Claire to check out what’s behind a door might not end so well for her…

However, the ads seem to be ending well for YouTube, and for Resident Evil 2’s developer, Capcom. “We’re delighted with the results,” Stefano Barolo, Capcom’s brand manager, told The Drum. “33% of people who’ve watched the ad chose to continue the experience […] and 85% chose to continue to the end.”

Barolo added that the campaign is “perfect for depicting the story choices you’ll have to make in our game.”

You can do your best to survive in the first part of the Bandersnatch-esque advertisement below.