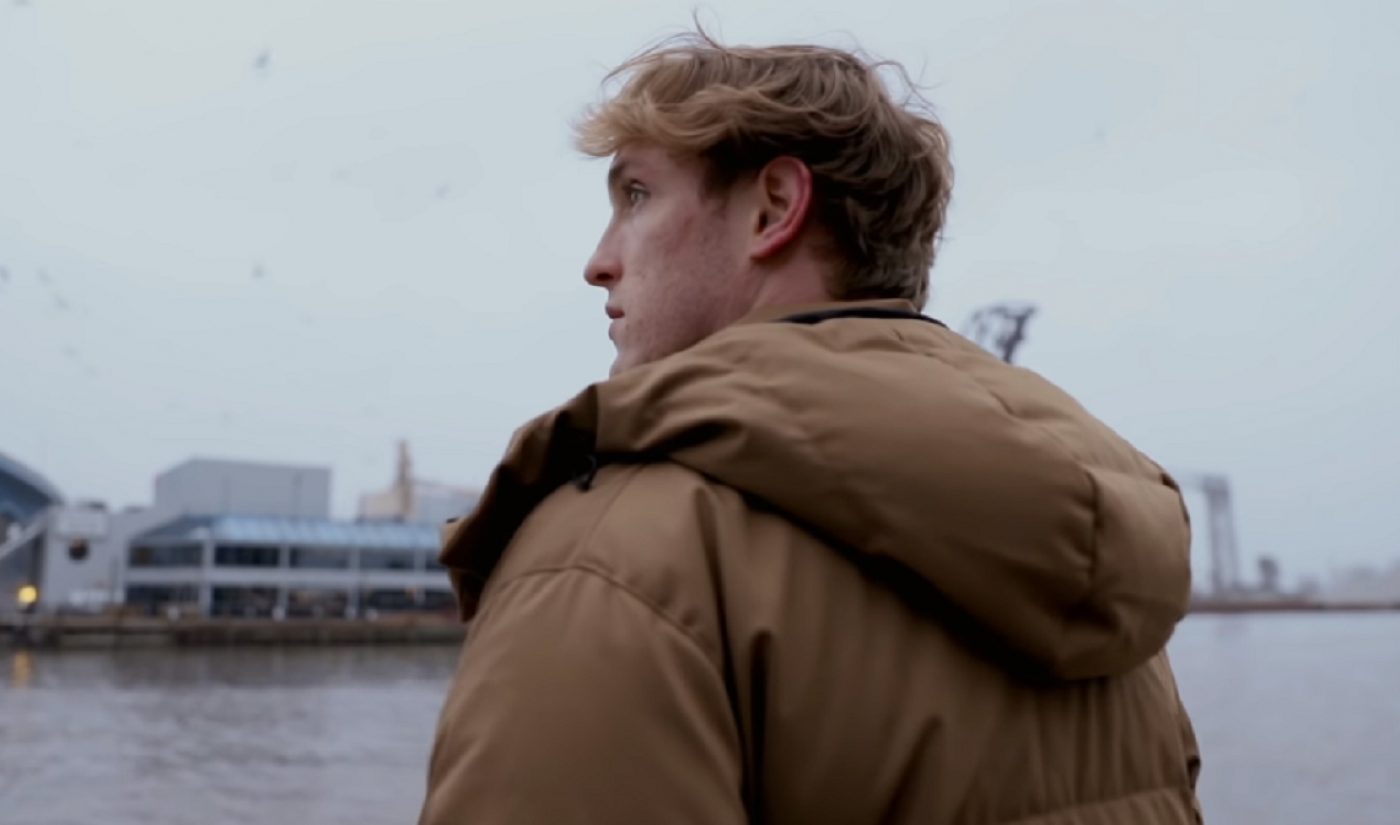 Famous and infamous YouTuber Logan Paul has released his 2018 wrap-up video, looking back on his controversial behavior in a year he says was the “most important” of his life.

In the 15-minute upload (which has netted 3.2 million views in the day since it was posted), Paul reflects on the infamous January incident where he posted a vlog filmed in Japan’s “suicide forest” that contained footage of the body of an apparent suicide victim. The video received major backlash, getting him cut from Google Preferred and leading YouTube to cancel the sequel film to his YouTube Premium movie The Thinning (although it was announced in October that YouTube ultimately decided to move forward with the release of the project).

According to Paul, the vlog destroyed his “image” and severed “every professional relationship I had.” (His brother Jake Paul, who was not involved in the Aokigahara vlog, revealed in Shane Dawson’s Mind of Jake Paul docuseries that because he was related to Logan, the backlash also negatively impacted him, costing him relationships and at least two seven-figure brand deals.)

“It was the perfect storm of circumstance, ignorance, ego, and downright stupidity,” Logan says. It’s worth noting that in both his previous wrap-up videos, for 2016 and 2017, he dubbed each year the best of his life — something he noted at the beginning of this year’s video, before inviting viewers to listen to his side of “what the f-ck happened” in 2018.

And what happened in Japan was a long time coming, he adds, explaining that after he became a star on the now-shuttered shortform video app Vine, he wanted to crash into YouTube with content that was as boisterous and attention-grabbing as possible. And no matter how out of control things were getting, so long as nobody was trying to stop him, he wasn’t concerned about consequences of his actions, he says.

“I was the 22-year-old, blond-haired, blue-eyed kid from Ohio with 45 million followers on the internet,” he says, counting followers across multiple social platforms, including YouTube, where he has 18.7 million subscribers. “Every single day, my actions were validated by five to seven million viewers, and as long as I wasn’t doing any harm, no one was trying to stop me. Not my peers, not my family, not even members of my own team.” 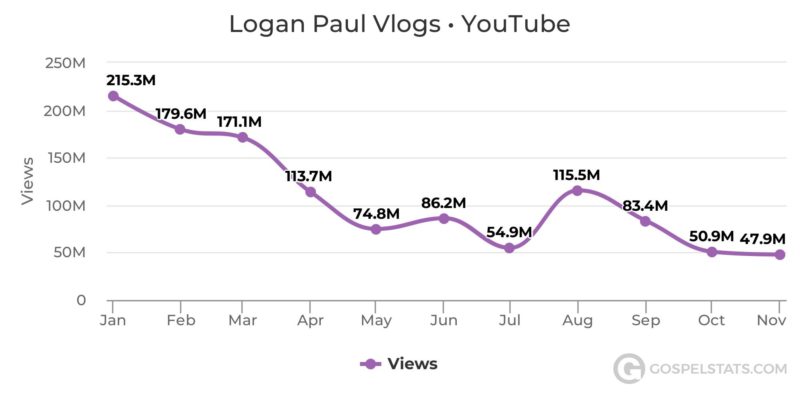 While the Aokigahara vlog is likely to account for a chunk of that lost viewership, Logan’s behavior in the wake of the backlash didn’t help bring viewers back. He says he went into “panic mode,” which resulted in a seeming doubling down on controversial content, including a widely-criticized video where he tazed a dead rat. Paul highlights that video specifically, saying that at the time, he was “out of touch with reality,” and the contentious content was “the highest degree of self-sabotage.”

So, what changed his attitude from defiant doubling-down to the surprisingly thoughtful, apologetic tone he exhibits in his admittedly well-scripted and well-edited wrap-up?

The “blessing in disguise” that was his much-hyped boxing match against fellow YouTuber KSI. The two duked it out in a six-round fight in August, ending in a draw and netting themselves potentially millions in revenue. In the months prior to what they called the “YouTube World Championship,” Logan put his focus into training four hours a day instead of focusing on YouTube, something he says changed his outlook.

He adds that shifted focus is what he wants to take forward into 2019, for which he already has a number of projects lined up. He’ll debut a documentary about the flat Earth conspiracy theory in January, will release a series about himself and his best friend Evan Eckenrode, is working on an animated show about his life, and will drop more episodes of his recently-begun podcast Impaulsive.

“I’m growing into who I am and what I wanna make versus trying to fit into the mold of ‘YouTube personality’ or be someone who I’m simply not,” he says. “I’m blessed to be able to continue doing what I love, and I want to thank all of you for your support.”