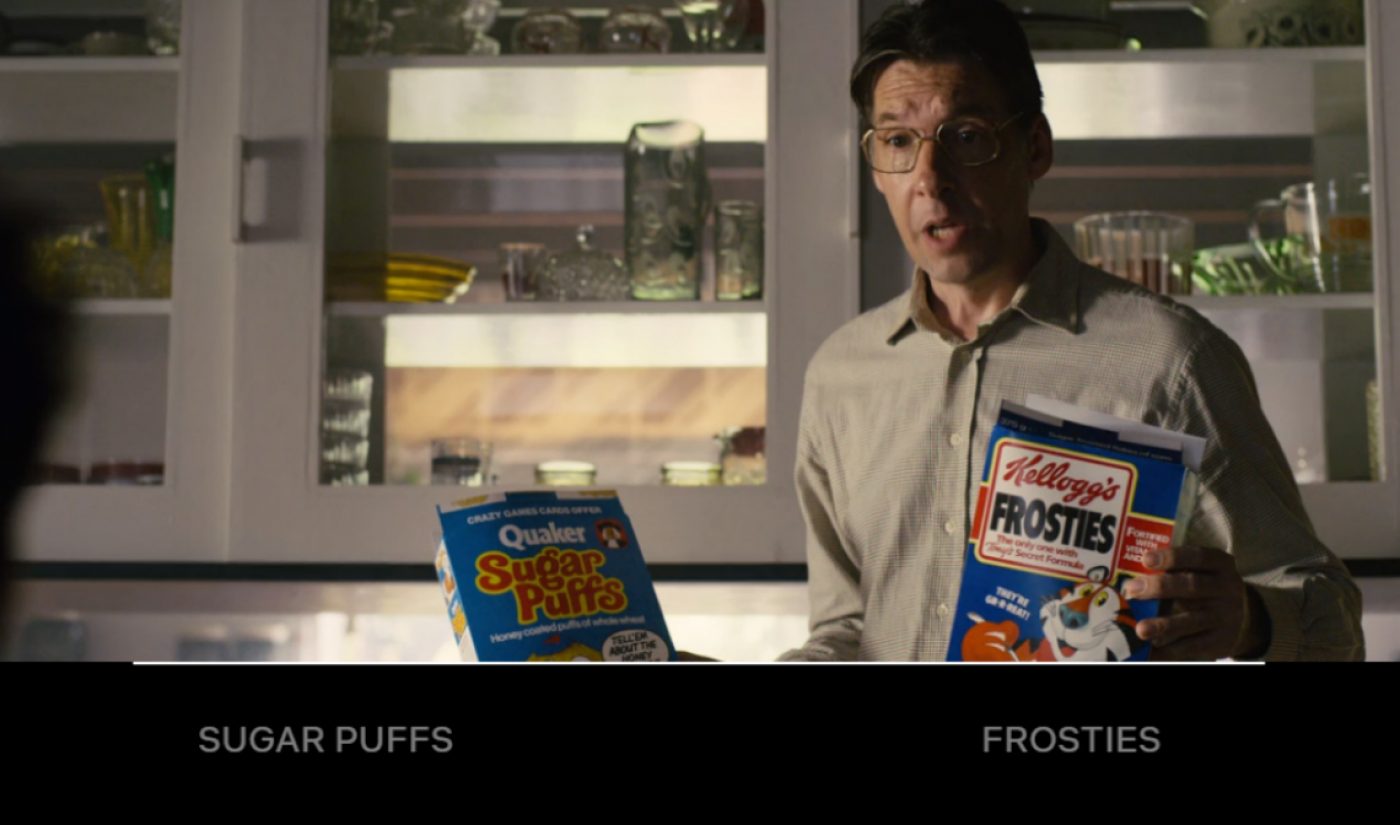 The film is a longer-form, oneshot iteration of the platform’s hit mind-bending sci-fi series Black Mirror, which premiered in 2011. Like every episode of the series, the Bandersnatch film revolves around themes of technology, creation, free will, and the feeling that something — or perhaps everything — is not quite right.

Bandersnatch follows young video game creator Stefan (Fionn Whitehead), whose passion project is adapting a choose-your-own-adventure book (of course called Bandersnatch) into an equally choice-laden video game. At the film’s offset, viewers are able to make choices as seemingly mundane as what cereal he eats for breakfast and what tape he listens to on the bus, but as Bandersnatch goes on and Stefan’s world begins to unravel, decisions become more difficult, and their potential outcomes more grisly.

Unlike other Netflix films, viewers can’t skip back in Bandersnatch. Once a viewer taps their choice, it’s done, made, locked in, with no option to change. And if the viewer refuses to choose, Netflix will randomly select an option for them. To say any more about how the film’s split paths affect one another would be spoiler-y, so we’ll leave it there.

We will add, though, that despite Bandersnatch‘s billions of potential story permutations, there are only five core endings. Fleet-footed decision-makers can get through it in 40 minutes, but the average viewing time is 90 minutes, per Variety.

Bandersnatch may be Netflix’s first choose-your-own-adventure fare for adults, but the streamer has been in the interactive kids’ content space since June 2017, when it debuted Puss in Book, a Shrek spinoff. Its success with that title, as well as later interactive kids’ titles Buddy Thunderstruck: The Maybe Pile and Stretch Armstrong: The Breakout, led it to approach Black Mirror creators Charlie Brooker and Annabel Jones about creating a choose-your-own-adventure episode of the show, Variety reports.

The creators’ immediate response was “No f-cking way,” Brooker said. Jones added, “To me, they always felt a bit gimmicky.” But while drafting new story ideas for the now four-seasons-long series, Brooker and Jones stumbled across a plot that had to be told in an interactive format.

Netflix’s interactive kids’ content is fairly simple, but to make the intricate mechanics of a Black Mirror choose-your-own narrative work, Netflix had to create a new in-house scriptwriting tool, called Branch Manager, that lets writers build complex narratives, including looping storylines, do-overs, and plot points that nudge viewers back to the main story if their choices push them too far out.

So far, those viewers appear to be taken with Netflix’s new choose-your-own tech (the film currently holds an 87% audience approval rating on review site Rotten Tomatoes), although not everyone on social media is quite as keen on the choices they made while watching:

Watching #Bandersnatch had me like this the entire 5 hours pic.twitter.com/wyT2hWHhJ5

Me after I choose the wrong option and I have to start again:#Bandersnatch pic.twitter.com/oPhuFLbeXk

how I feel after watching the new black mirror film #Bandersnatch pic.twitter.com/NtahyC1QuJ

#Bandersnatch
Me: tries to keep everyone alive and get the game a 5 star review
Netflix: pic.twitter.com/Zi7byMDjuV

trying to figure out all the possible paths hoping that one will lead to stefan being happy #Bandersnatch pic.twitter.com/jxQ3nfPpxq

When they gave me a a choice of just “no” 😭😭 #Bandersnatch pic.twitter.com/6goSextTxI

As for whether Netflix will use Branch Manager to make more interactive adult content, that apparently isn’t a difficult decision at all. Netflix’s vice president of product, Todd Yellin, told Variety there are plans for choose-your-own-adventure comedies, romances, and potentially horror movies in the works.

“We think we are onto something that could be really exciting,” he said.