From Now On, Markiplier Will Donate All His Merch Proceeds To Charity — Which Could Add Up To Millions Of Dollars A Year 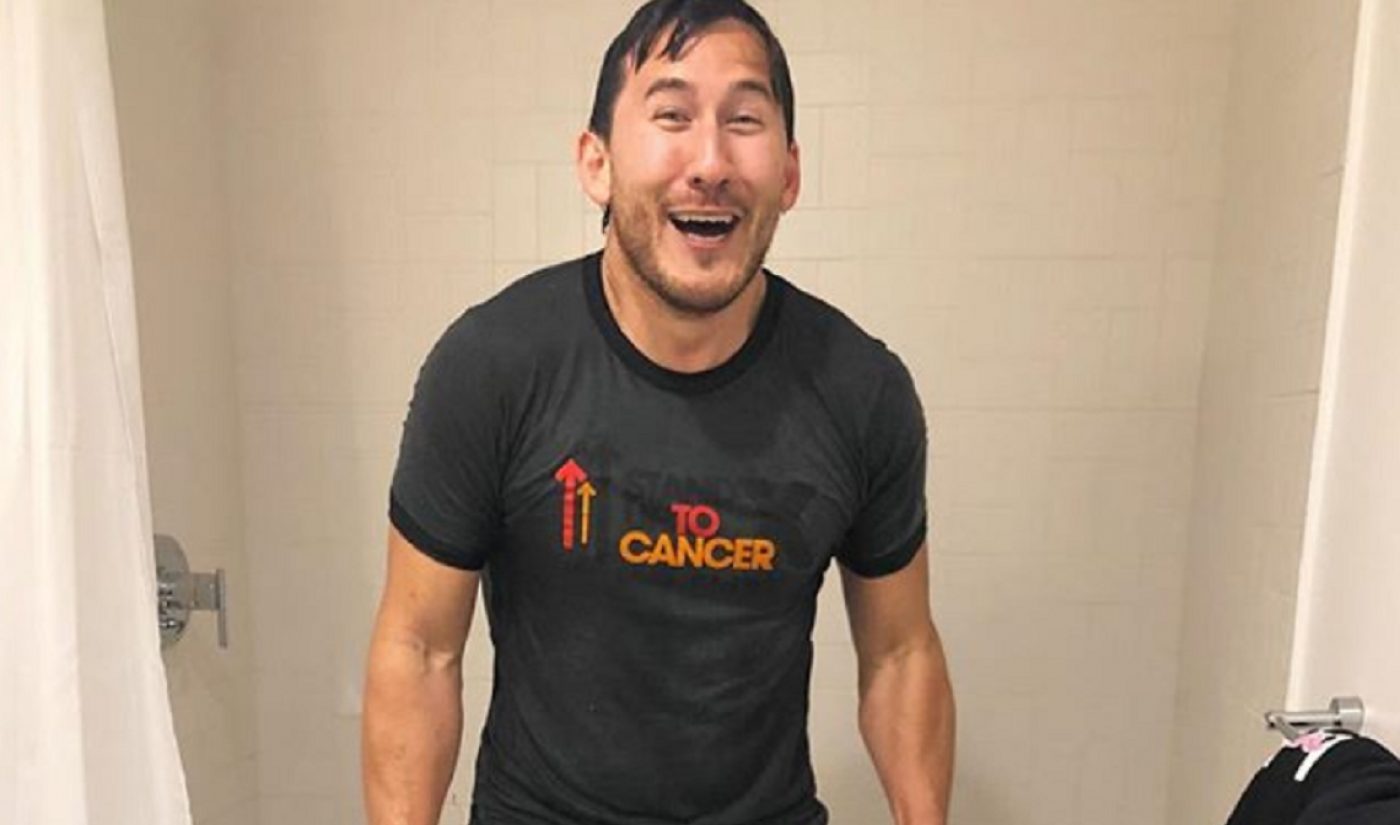 Top YouTuber Markiplier has a storied history of mobilizing his sizable following to do good. Over the six years he’s been on the platform, he’s helped raise millions of dollars for charities like Cincinnati Children’s Hospital Medical Center and Best Friends Animal Society, always contributing to causes right alongside his nearly 23 million subscribers.

Most recently, he invited his fans to join him for a Christmas charity livestream to raise money for Stand Up To Cancer, promising to match the amount viewers donated in the first 30 minutes through YouTube’s Super Chat for Good feature.

That amount ended up being $52,000. And Markiplier — real name Mark Fischbach — was more than happy to match that figure, he tells Tubefilter, even if it was quite a bit more than he was expecting. (In total, the stream raised $246,715 in a little under 12 hours.)

But Fischbach, who in 2017 held a charity livestream for a different charity each month and held several this year as well, is also making an even bigger commitment to philanthropy: From now on, every penny he earns from merch sales will go to charity.

“The mindset of my merch has always been that, you know, it’s better utilized in selling for charity,” Fischbach says. (In the past, he’s sold items like T-shirts, mugs, and, of course, his 20 million subscriber celebration item, a “tasteful nudes” calendar, with all proceeds going to good causes.) “So it came down to the logic that if I’m selling these for charity anyway, and I don’t necessarily need the money myself, why not put it toward a good cause?”

“The range is just dependent on what the merch is, what items are available, what people want, and how hard I push it,” Fischbach says. He plans to post proof of the amount donated each month. And, to be “as transparent as possible” about how much his viewership (which garners him between 150 million and 200 million views per month) is raising, he’s actually working with YouTube to try to develop a monthly donation amount tracker that will appear at the top of his channel and videos at all times.

YouTube’s other charity-focused features, like the aforementioned Super Chat for Good, have had a noticeable positive impact on the amount of money donated by viewers, Fischbach says. “It’s a psychological hurdle for a lot of people to actually take the effort to put in their credit card information,” he explains. With Super Chat for Good embedded right in the YouTube viewing page, people can give money while they’re watching, and their user names pop up in the livestream after they’ve donated. “The easier it is for people to give, the less the hurdle, and the more amount of good we can do for these charities.”

Going into 2019, Fischbach plans to hold more monthly livestreams, and will raise for the causes he “really believes in.” He hasn’t set up a schedule or list for where the charitable contributions will go, but donations from previous streams have gone to organizations like the Epilepsy Foundation, St. Jude Children’s Research Hospital, and Save the Children.

Ultimately, though, he wants to make it clear that it’s his subscribers who drive the massive amounts of money he’s donated and will continue to donate.

“It’s very easy for someone in my position to make a charity event, push it as hard as they can, and then take all the glory for it,” he says. “I really want people to know that it’s not me. You guys could do this without me. The amount of people out there could make this much of a difference at any given moment at any given time. I’m only giving them an excuse to work together.”