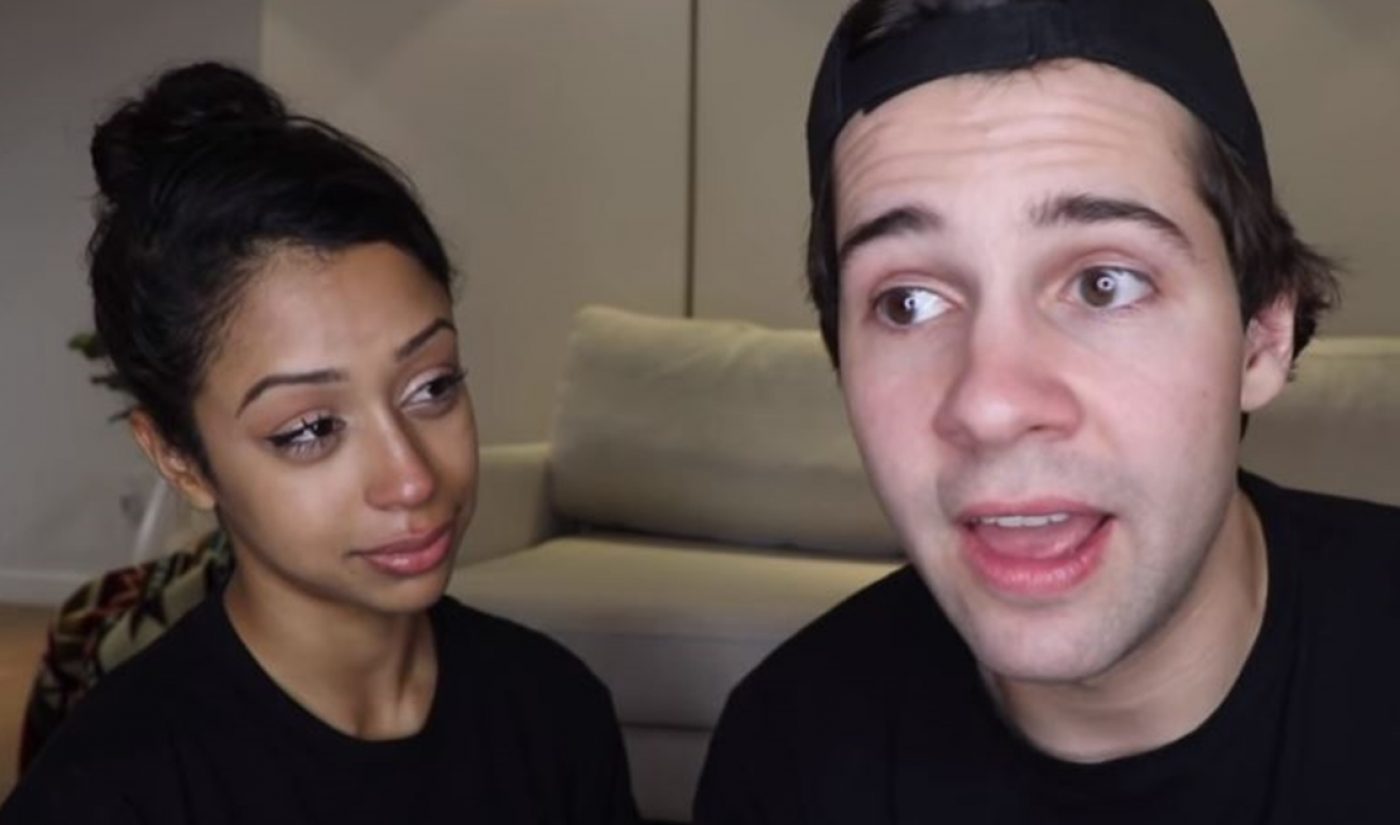 It’s that time of year again when YouTube is feeling introspective, taking stock of the top 10 “trending” videos of 2018. While this list doesn’t necessarily compile the most-viewed videos of the year, it is calculated according to “views, shares, comments, likes, and more,” YouTube says.

Kylie Jenner was the queen of YouTube in 2018, according to the platform, as her baby announcement video — which she ceremoniously dropped on Super Bowl Sunday — came in at No. 1 on this year’s list. Jenner was followed by two videos from YouTube-native stars: Dude Perfect’s Real Life Trick Shots 2 and a tearful breakup announcement from former vlogger couple Liza Koshy and David Dobrik.

A handful of viral figures and moments are also featured on this year’s list, including 12-year-old Mason Ramsey (who shot to fame for yodeling in the aisles of his local Walmart, coming in at No. 4), and ASAP Science’s exploration of whether a beguiling audio clip was saying ‘Yanny’ or ‘Laurel’ (No. 5).

At the same time, YouTube revealed the top 10 trending music videos of 2018. Perhaps most notably, eight of the top 10 videos on this year’s list are Spanish language tracks — up from six of 10 Spanish-language music videos in 2017. And three of the music videos on this year’s list feature the Puerto Rican singing sensation Ozuna. The only to English-language songs came care of Maroon 5 (whose clip for “Girls Like You” featured a number of YouTuber cameos, coming in at No. 3), and “God’s Plan” by Drake (No. 8). Another noteworthy entry on this year’s is “Dame Tu Cosita” (No. 7) — a 20-year-old song that saw a surprising resurgence thanks to a viral animation of a dancing alien.

YouTube also called out several other massive trends that emerged this year — including the rise of Fortnite and the “In My Feelings” dance challenge inspired by Drake’s track of the same name — which you can expect to see in the annual YouTube Rewind video, which is set to drop this afternoon at 1 pm ET.

Check out both Top 10 lists, as compiled by YouTube, below: