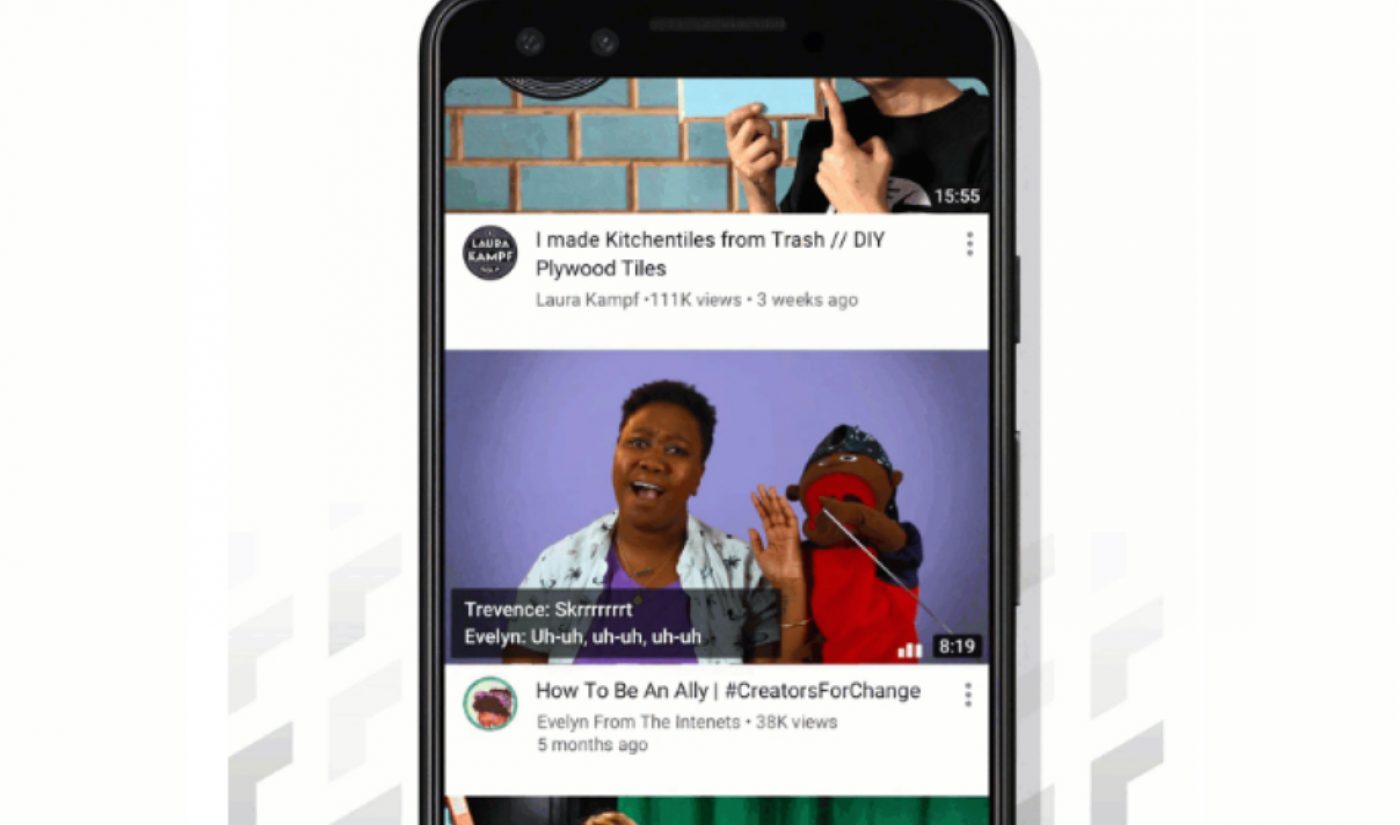 YouTube is officially rolling out a feature it first tested more than a year ago. Called ‘Autoplay on Home’ (tested as ‘Play as You Browse’), the feature will autoplay muted, subtitled versions of videos on the YouTube iOS and Android apps’ Home screens as users are scrolling.

YouTube Premium subscribers who use the Android app have had access to this feature for more than six months. YouTube is choosing to roll it out to all mobile users over the next few weeks because the platform has seen “great results” with current Android users.

“Previewing videos helps you make informed decisions about whether you want to watch a video, leading to longer engagement with videos you choose to watch,” a YouTube representative said in an announcement on YouTube’s Help Forum.

The platform also reiterated the various options creators have for captioning their content, as automatic captions “aren’t perfect.” Options for creators — aside from automatic captions — include writing and uploading their own captions and enabling crowdsourced community captions (the latter of which can lead to unintended results if not properly screened by the channel owner).

Folks who don’t want to use Autoplay on Home can disable it entirely in their settings. YouTube is also implementing an option where the app will only roll Autoplay on Home if a user’s phone is connected to WiFi.

A number of social media platforms use autoplay for videos and ads: Facebook autoplays videos in users’ News Feeds with the sound on; Twitter autoplays muted, captioned versions of videos and ads; Reddit has autoplay video ads, as does Pinterest; and Tumblr has long had autoplaying, looping videos.

YouTube also recently tested another autoplay feature — automated thumbnails that, instead of being made and uploaded by creators, are made by artificial intelligence pulling clips from videos. That feature was tested with just 0.3% of YouTube viewers, and did not appear to be well received by the creator community.