YouTube Millionaires: For Megan Batoon, Hitting One Million Subscribers “Feels Like A Hug With A Million Arms” 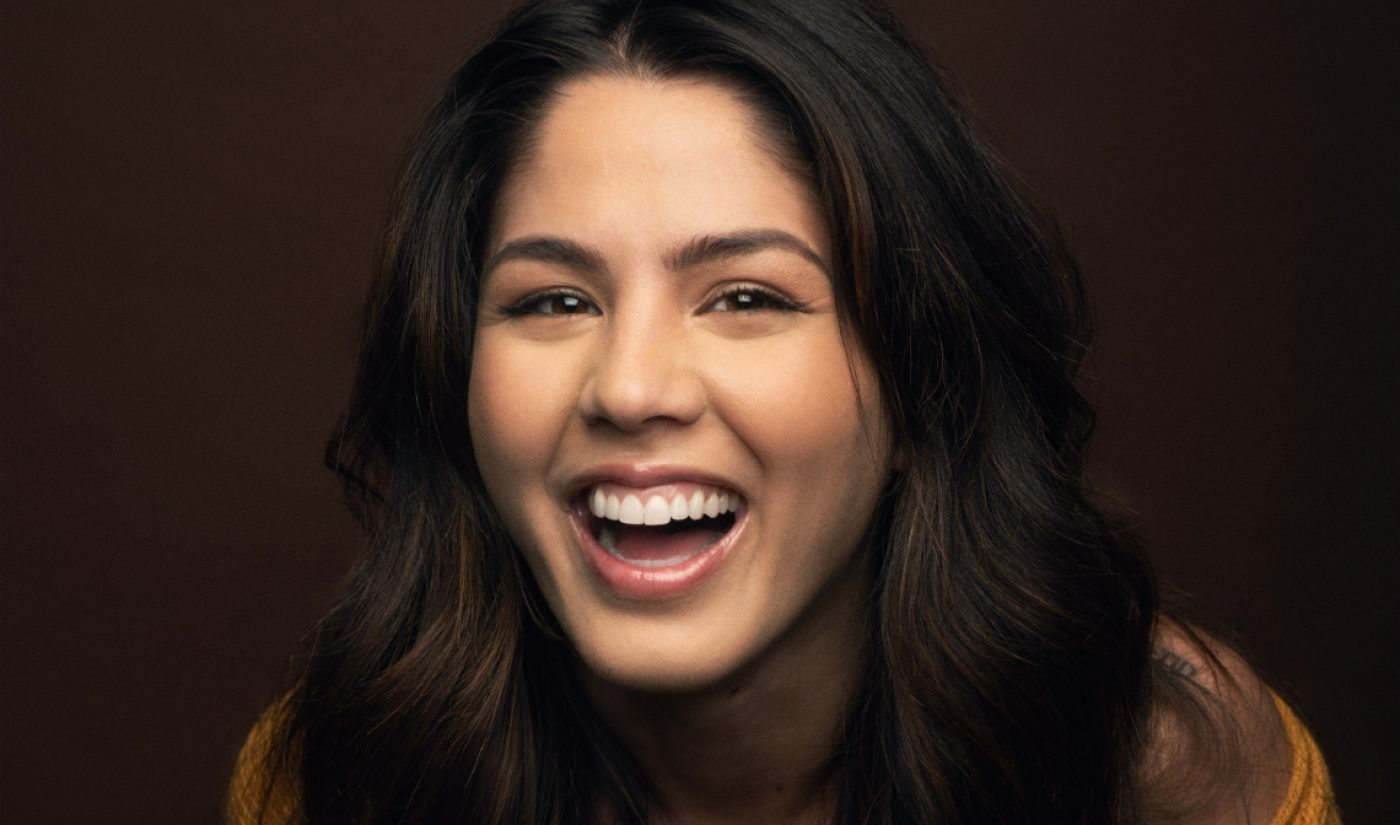 Megan Batoon is many things. She’s a YouTuber, a podcaster, and an actress (catch her in Step Up Revolution and Making Moves) — but at heart, she’s a dancer. And dancing is what brought her to YouTube in the first place. She originally joined up in 2011 to upload videos of her choreography, but within a year, she’d started expanding to other content, and now she shares weekly snapshots of her life, challenge videos, her adventures in Pinteresting, and much more. But at its heart, Batoon’s channel is still all about dance, and the fans who love her moves now number more than one million.

Batoon’s audience isn’t only on YouTube. She’s an influencer across Instagram (where she has 698,000 followers) and Twitter (114,000 followers) too, and last month, MTV made her its October creator to watch. She runs the weekly advice podcast Just a Tip with Megan Batoon, answering questions about “relationships, periods, car trouble, quantum mechanics, anything really.” And on top of all that, she manages her own merch shop.

It may not be October anymore, but Batoon’s definitely still a creator to watch. Check out our chat with her about hitting that golden number, how she splits her time between so many creative endeavors, and why it’s important for creators to be authentic with their audiences.

Tubefilter: How does it feel to have more than a million subscribers on your channel? What do you have to say to your fans?

Megan Batoon: It feels like a hug with a million arms. Like if you greeted a centipede. Or a hundred centipedes. I’m so happy that people have found joy in watching my videos. A lot of work goes into ideating, writing, choreographing, producing, editing — just making it from nothing. I’m contented that people all over can be affected and inspired, and it makes every single part of the journey worth it. I made an entire video when I hit 1,000,000 where I say it all, but to wrap it up in three words: Thank you. Immensely.

TF: What made you decide YouTube was the social media platform for you?

MB: I had initially used YouTube as a place to keep footage of dance classes. Once I moved out to Los Angeles and became friends with some other creators in the space (Dtrix and Ryan Higa), I was compelled to make content that wasn’t just dance-centric, and started putting my personality online.

TF: What are the challenges of running both a YouTube channel and a podcast? How do you split your time when you release a video and a podcast episode each week?

MB: The challenges between maintaining a YouTube channel and a podcast are one and the same. If you’re making any type of art, the pressures of putting your mind and effort into it to connect with others are constant.

In terms of timing, scheduling is the most important factor in balancing two very separate forms. Most of the time, I like to block shoot the podcast because it’s more free-flowing of a conversation. And the GOAL is to shoot ahead for the YouTube channel, but sometimes you have to forego planning when a topical video is called for.

MB: My voice is a bit deeper and raspier than most girls, so there’s that.

I pride myself on integrity and pushing to keep learning and spreading the messages and concepts and humor in whatever I make, so I think my personal interests end up coming out in what I say or how I say things, and that lends itself to the individualistic style I’ve created brand-wide. I’m also a stickler for details and the poster child for perfectionism, so I’m sure that plays a part in how intentional my content is.

TF: You posted a video a couple months ago about struggling with losing inspiration. How do you stave off creator burnout? Why do you think it’s important to be honest with your viewers about those struggles?

MB: In the video, I talk about taking breaks. I used to look down on that, because I thought the harder you worked, the more lunches you worked through, the more you looked like a hero. If the hero can’t help themselves, they can’t save anyone else. If I start to feel like I’m burning out, I take a break and revisit some of the things that have inspired me in the past.

People on the internet are much more savvy at telling when something is contrived nowadays. They crave anything genuine, because everything is prepackaged and manufactured for easy consumption. We’re all craving what’s real. I think it’s important to be honest with anyone who watches my videos about struggles I’m going through — because I’m not the only one going through them. So many people, regardless of what industry they’re in, are all dealing with the same issues, just formatted in a different way. I feel if I am able to speak candidly about what’s happening with what I’m doing, that could help people going through similar scenarios in their own lives.

TF: Can you share one of your favorite YouTube experiences? Was there a fan who affected you in a particularly impactful way, is there somewhere you loved filming?

MB: I think my favorite experience was releasing a dance video to a song by comedian Bo Burnham, which I had never seen anyone dance to a poignant song from a comedy special. His message resonated with me in feeling like we were never really off-stage once we put ourselves on the internet the way we did. I’m extremely proud of the choreography, the message, the way it was executed, the visuals… Everything about shooting and releasing the video will always be special and probably my favorite thing I’ve done.

TF: What’s your favorite thing about being part of the YouTube community?

MB: I love that we are all doing this on our own. We had something to say, and we wanted to make something without waiting on other people to help us. We all started in our bedrooms, just making what we wanted to see, what we loved the most. I think there’s a lot to say for people who take the initiative and in turn are taking their future into their own hands, literally.

TF: You have a pretty diverse mix of content, from dance videos to advice videos to Pinterest hack videos. How would you describe the “Megan Batoon brand”?

MB: It’s difficult to put what I do in a box because it’s a bit more enigmatic than that. I think the throughline of all of it is a lighthearted feel buttoned up with a twist of humor. Whether I’m doing a dance video, a styling video, or recapping a trip on a MeganBytes vlog, it’s always fast-paced, fun, and clean. That style bleeds through anything else I create, especially my clothing/product line.

TF: Do you ever set budgets for your videos? How do you budget for your channel overall?

MB: I only really deal with budgets when it comes to bigger production dance concept videos. Those take the most time, planning, location scouting, and rehearsals, and it’s my truest art form that can’t be compromised — so I allow the financial room that’s necessary for it to exist at the maximum that it deserves. Other than that, I don’t set any standard of how much money should be spent. What the video calls for, the budget follows.

MB: I’d love to create content that’s a bit higher-production with a reality feel. Maybe I can try things I’ve never done before or have been too scared to do. I’d love to stay true to my dancing roots but keep growing as an artist in every which way my interests pull me, and hopefully The Family is down for a ride.

You can add yourself to the ranks of Batoon’s more-than-a-million YouTube subscribers at its channel YouTube.com/MeganBatoon.