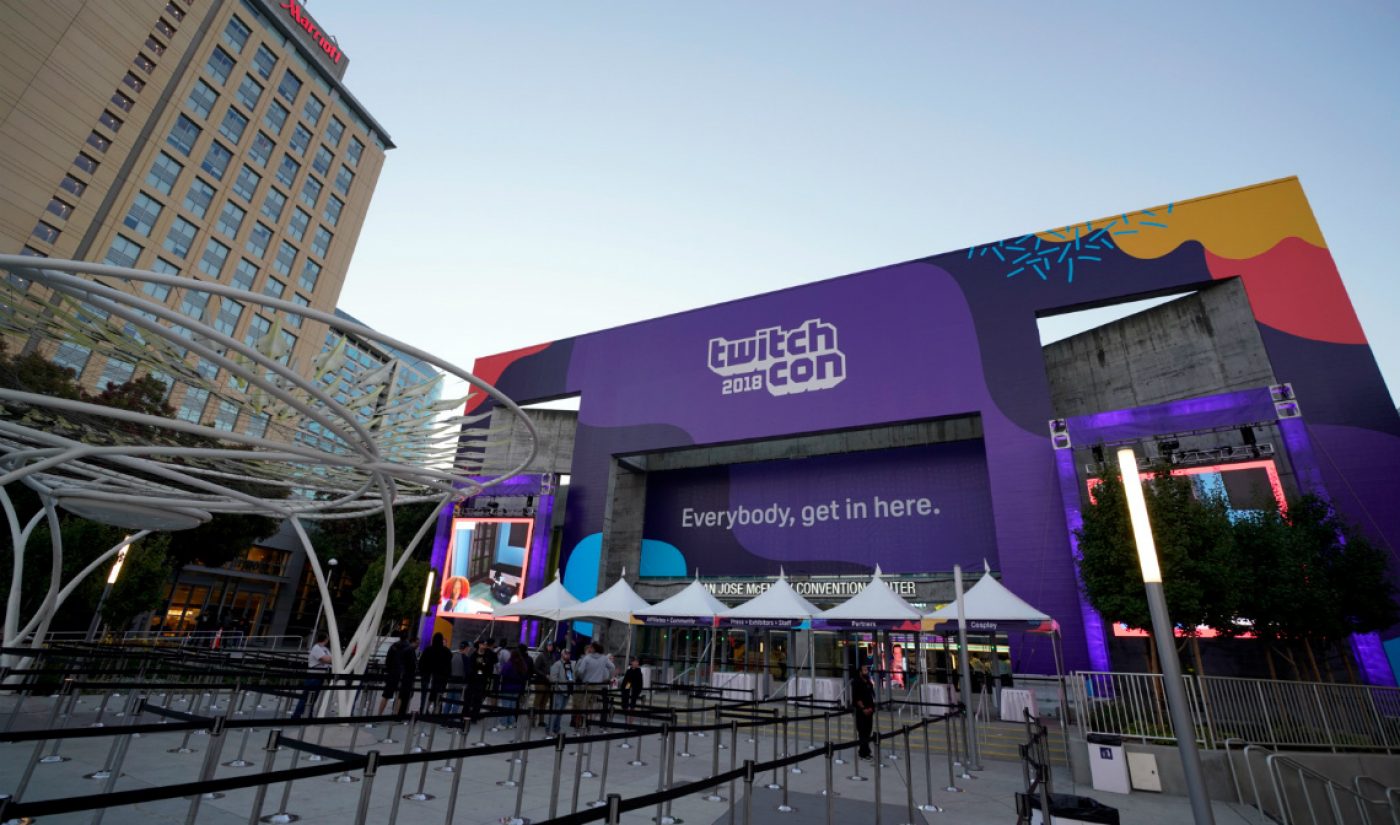 This past weekend, at its annual TwitchCon gathering, Twitch unveiled a range of new and upcoming tools — including two large expansions of its esports program — that are meant to help creators find, connect with, and grow their audiences. (Twitch also introduced several new monetization and donation extensions.)

Chief among the new features is the upcoming Squad Stream, which will allow up to four creators to stream together in a single Twitch window. Viewers will be able to select any of the participating creators as their ‘main view.’ The creator set as their main view is also the creator whose chat that viewer will see.

Squad Stream will be beta tested with some streamers later this year.

Twitch’s esports program expansion is twofold. First, the platform will expand its Twitch Rivals events, which are gaming competitions that pit Twitch partners and affiliates against one another for prizes. In 2019, Twitch will more than double the number of Rivals events to 128, with millions of dollars in planned prizes, and will also expand to more game genres, including multiplayer online battle arena games like League of Legends and single-player roleplaying games like Fallout 76.

The platform also revealed just how successful Twitch Rivals has been thus far for streamers. Per Twitch’s data, streamers who participated in a Twitch Rivals event saw an average of 20% more viewers and 90% more ad revenue on event days. They also saw 10% more paid revenue from subscriptions (which cost $4.99/month) in the month after the event.

Twitch Sings is the second part of the platform’s esports expansion — a karaoke-style game built by Rock Band developer Harmonix and designed specifically for Twitch streamers.

In Twitch Sings, streamers make an avatar of themselves, and then sings along to any of the hundreds of songs available in the game’s library. The performance is interactive — viewers in the chat can use Twitch’s tipping tool Cheer to set off light shows on the avatar’s stage, and can also make song requests. At the end of a streamer’s performance, viewers can rate it.

TwitchCon attendees were the first to experience the feature, which will roll out to beta testers later this year.

The Snap Camera is partnership between Twitch and Snapchat’s parent company Snap. With it, creators can make use of Snap’s augmented reality Lenses while they’re streaming.

With the tournament organizer, streamers can create gaming tournaments directly from their Twitch dashboard and play with their viewers in real time.

Other upcoming features include: an improvement to the Highlight Editor, which will let streamers make a highlight reel using moments from throughout their videos instead of from just one section (due out in January); new featured sections on Twitch’s homepage, spotlighting up-and-coming streamers, streamers local to viewers, and new partners and affiliates (later this year); and new chat moderator tools allowing mods to see how long users have been on Twitch, the messages they’ve sent in that creator’s channel, and the number of timeouts or bans they’ve earned.