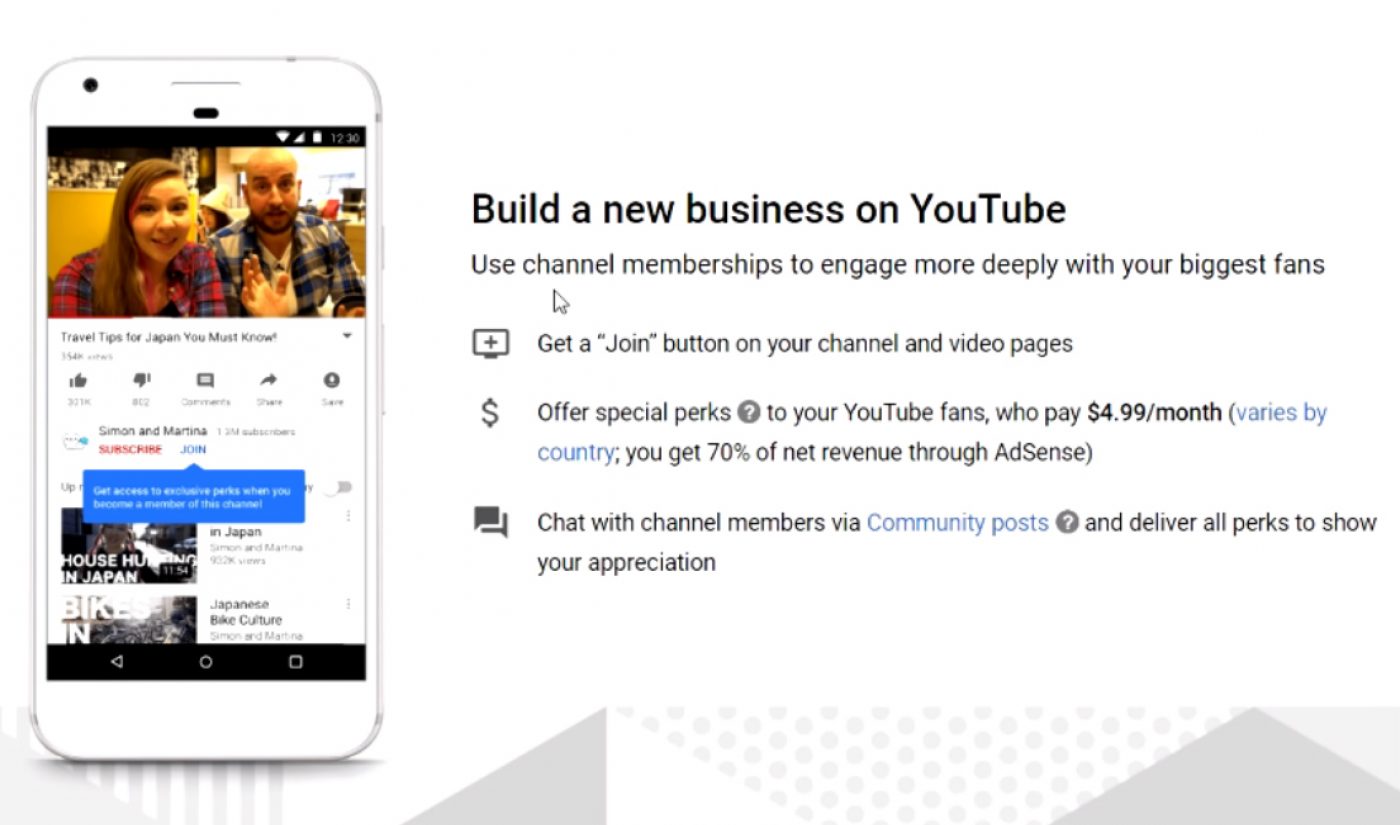 With Channel Memberships (which began with ‘Super Chat’ last year and germinated as ‘Sponsorships’ within the gaming community on YouTube), fans can pay $4.99 per month for a package of perks including exclusive emojis, early access to videos, and members-only live chats and streams. As of now, YouTube’s Channel Memberships are virtually identical to Twitch’s Subscription plan, which also costs $4.99 per month, and gives subscribers to access exclusive emojis and badges, along with extra perks streamers can create.

YouTube has been gradually integrating Memberships into its platform this year, starting back in January with a select number of creators. It went large-scale in June, but is still technically in beta. It’s part of YouTube’s ongoing efforts to improve monetization for creators — and so far, it seems to be working. In June, comedian Mike Falzone, who has 170,000 subscribers and was one of the creators to get early access to Channel Memberships last January, said that the feature has tripled his YouTube revenues.

The platform has also recently partnered with merch manufacturer Teespring and rolled out related monetization features like Shelves, where creators can put decks of channel merchandise below their videos. Shelves, along with Memberships and other revenue opportunities, are open to creators who are part of the YouTube Partner Program.