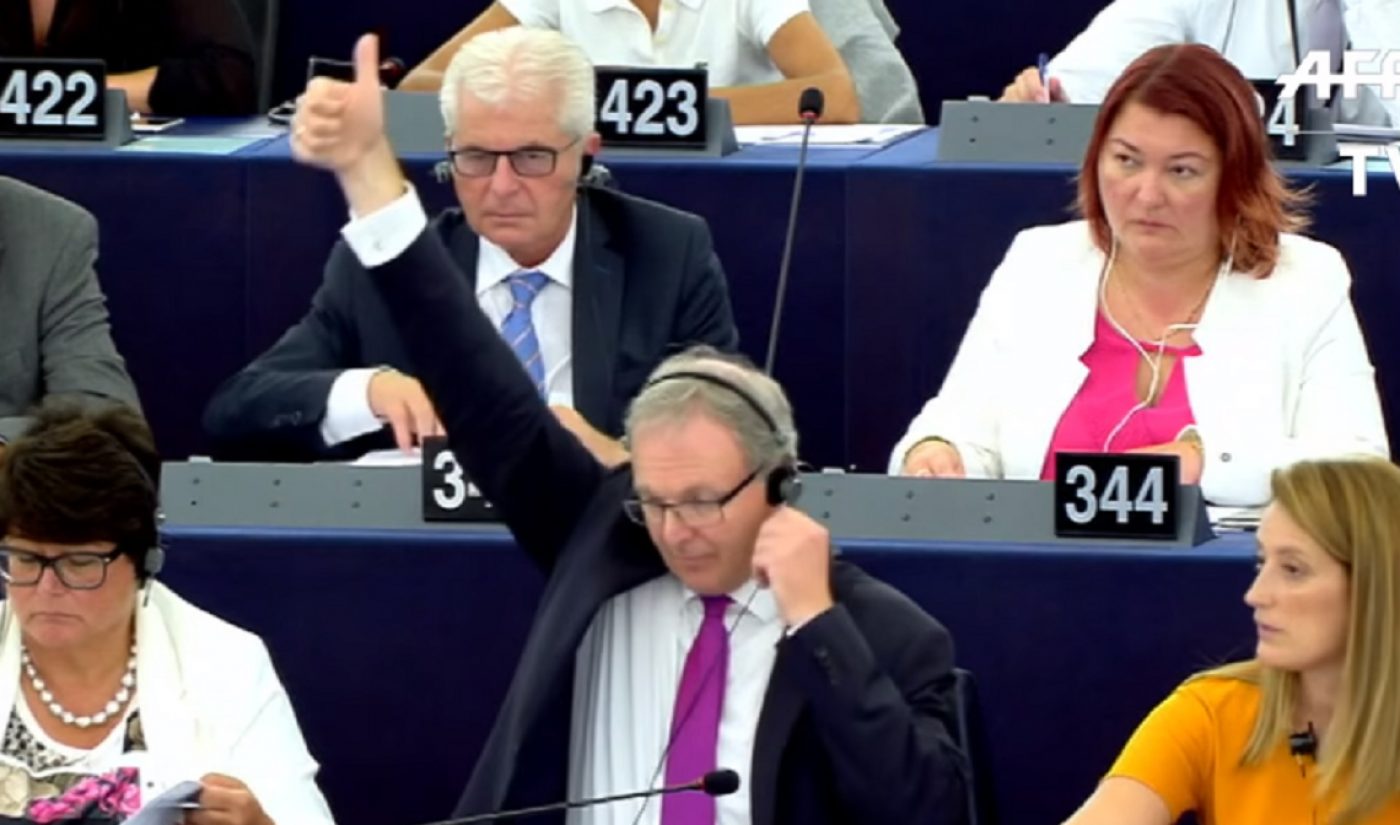 This morning, the European Parliament voted in favor of a contentious copyright law — the most debated article of which, Article 13, will force large platforms like YouTube to be more stringent in their removal of copyrighted content. Significantly, though, one of the proposed provisions of that article, which would have required platforms to prescreen content for potential copyright violations, has been removed from the final form of the law.

Another hotly contested article, Article 11, has not notably changed from draft to passing. Article 11 gives news organizations the right to make search engines and news aggregators seek licenses in order to link to their news content.

Parliament will vote one final time on the law in January. (It’s expected to pass and firmly become law.) British IP lawyer Mark Owen, a partner at international law firm Taylor Wessing, tells Tubefilter that if and when the law is adopted, “We can expect the guidance to place additional obligations on platforms” when it comes to sweeping for and reacting to copyrighted content, but that “what these obligations will be, and how burdensome, remains to be seen.”

Owen reiterates, though, that platforms will not have to develop prescreening protocols or technologies that will prevent users from uploading potentially copyrighted content.

YouTube’s chief business officer Robert Kyncl said in a blog post prior to the vote that with YouTube’s sophisticated Content ID system, copyright holders whose content is uploaded to YouTube by someone else can choose to leave it uploaded. If they do, ad revenue from the content can be transferred to them, not the uploader. Kyncl noted that in more than 90% of cases, copyright holders choose to leave their content on the platform. But within countries in the European Union, creators will no longer have that choice. Once notified that copyrighted content is present in a video, YouTube will have to pull down the video.

That copyrighted content can be anything from a song to a clip of a film, and could potentially affect “Let’s Plays,” a widespread practice among YouTube’s gaming community where gamers play a video game and upload recordings of their playthrough, often showing the entire game from beginning to end. And on other platforms like Facebook and Twitter, banned content could be, among other things, GIFs and memes, two core components of current internet culture.

Kyncl tweeted about the reform’s passing, calling it a “disappointing outcome” and saying that YouTube is “concerned about what this means for the open internet and creators large and small.”

Disappointing outcome today in the EU copyright vote. We’re concerned about what this means for the open internet and creators large & small. We will keep the YouTube community informed as we learn more.

A YouTube spokesperson tells Tubefilter, “We’ve always believed there’s a better way than this, and that innovation and partnership are the keys to successful, diverse and sustainable news and creative sectors in the EU. For both European creators and consumers, it’s vital to preserve the principles of linking, sharing and creativity on which so much of the web’s success is built.”

In a statement after the vote, parliament member Axel Voss — one of the key supporters of the new copyright law — said, “I am convinced that once the dust has settled, the internet will be as free as it is today, creators and journalists will be earning a fairer share of the revenues generated by their works, and we will be wondering what all the fuss was about.”

Meanwhile, Julia Reda, a member of the German Pirate Party, tweeted that the outcome of today’s voting is a “catastrophe,” and that “Parliament has failed to listen to citizens’ and experts’ concerns.” Those who have spoken out against the copyright reform, particularly Article 13, include father of the internet Tim Berners-Lee, and Jimmy Wales, who founded Wikipedia.