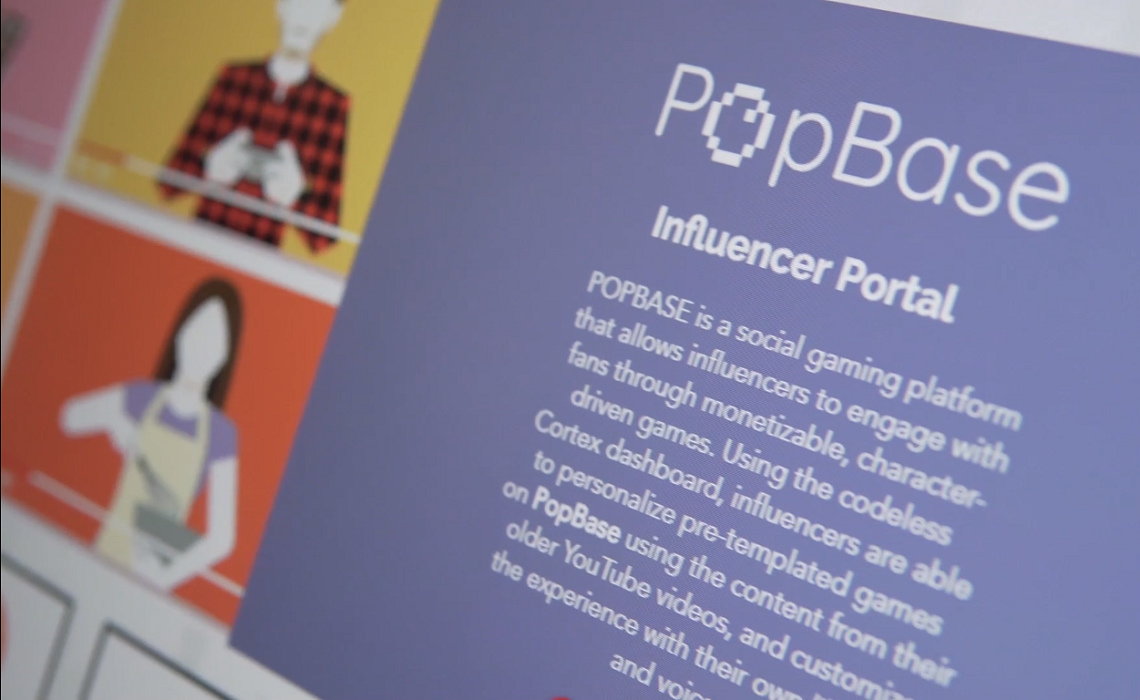 Popbase is an upcoming app aiming to help YouTube creators foster closer relationships with their fans. Within the app, creators will be able to offer common engagement experiences like exclusive content and early news about projects — but primarily (and perhaps most notably) the app will enable creators to “convert themselves into virtual game show hosts,” according to parent company Binary Bubbles.

As of now, Popbase has entered into agreements with five (as yet unnamed) YouTubers, who together have one million subscribers. These YouTubers — and others, the company hopes, in the future — will be able to create automated digital avatars of themselves, which can then play various preset games with users, like quizzes.

While the platform aims to enable creators to serve as game show hosts within the app, future uses of the avatars could involve augmented reality, according to the company, whereby digital images could appear on mobile screens in real time using the camera app. The result would be YouTubers appearing to chill on couches or film vlogs with players.

The app has built in monetization at the ground level, with creators initially taking a 60% cut of profits from in-app sales (though it’s unclear what these might entail) and advertising revenues. Binary Bubbles CEO Lisa Wong told TechCrunch, “YouTubers who aren’t as huge as PewDiePie work very hard. With Popbase, we are giving them a chance to gamify and monetize their YouTube content and personality.”

Wong also said that creators who “start doing really well” can end up taking a 70% cut of overall revenues. On top of that, creaors can make money by referring other movers and makers to the platform. Popbase has raised $145,000 of a $500,000 seed round to develop the app, and is currently looking to partner with more YouTubers who have between 10,000 and one million fans, it says. It has a cutoff subscriber count — because it’s specifically searching for YouTubers who have a sizable audience, but aren’t in the upper financial crust of creators.