Tabasko Sweet Is A Breakout Star For Turner’s Super Deluxe, And Fans Are Getting Tattoos Of His Face And Making His DIY Gucci Slides 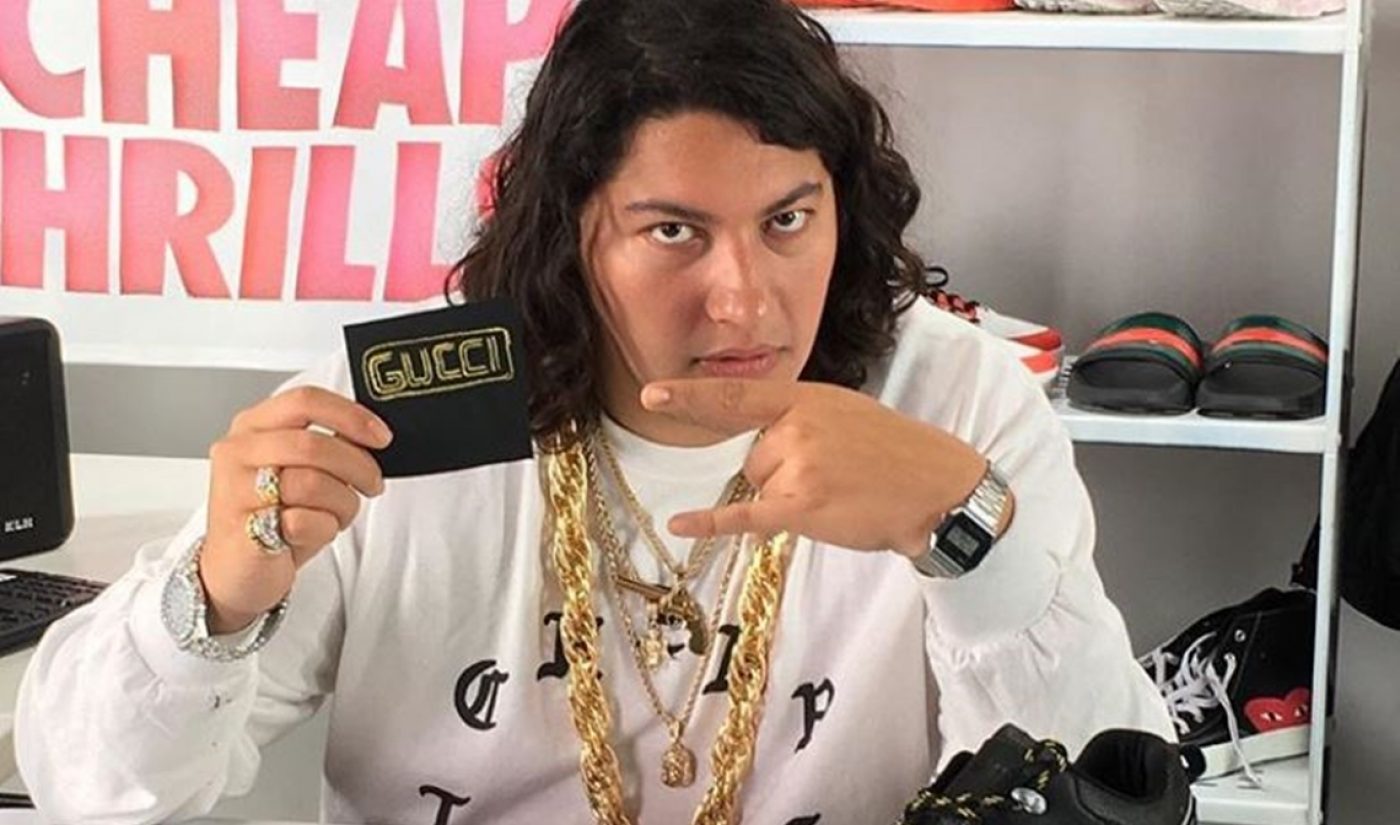 Turner-owned digital studio Super Deluxe, which is known for its comedic series and irreverent character creations, has struck a particular chord with a pseudo streetstyle vlogger named Tabasko Sweet — who has become one of the network’s most beloved personalities (alongside self-described “messy bitch” Joanne The Scammer and political satirist Vic Berger).

In his one-year-old series titled Cheap Thrills, 22-year-old Tabasko — né Nate Contreras — simultaneously satirizes and celebrates hypebeast culture (or those obsessed with streetwear fashion) while teaching viewers how to create DIY designer fashions at a fraction of the price. In his most popular video to date, for instance, Contreras instructs viewers how to make their own Gucci flip flops — which are somewhat legit-looking and somewhat gnarly — with red and green electrical tape.

The unique tonal melange has led Contreras to amass 114 million views across YouTube and Facebook since the series’ launch, and has also enabled him to diversify into other business ventures. He is the creator of a Natemoji app, as well as a limited edition merch collection — which Super Deluxe says is its most successful line to date. A body pillow and a fan art-inspired prayer candle sold out within weeks of their launch.

Contreras has also dipped his toes into the music world, appearing on a track titled “Finessin’” alongside fellow YouTube star FrankJavCee.

But the Tabasko persona differs from other members of the fashion and sneakerhead communities in that he seeks to challenge notions about sexism by featuring his much-beloved mother in several episodes, as well as highlighting female designers like Kylie Jenner. This is also due in no small part to the fact Tabasko is the brainchild of Super Deluxe filmmaker Michaela McEttrick, who is behind Turnt Beauty — another successful beauty tutorial satirical series — and a recovering member of the hypebeast community.

We sat down with Contreras and McEttrickto talk about how Cheap Thrills was conceived, what they hope that fans take away from the show, and what’s next for Tabasko. Check out our conversation below:

Tubefilter: What were you both up to before Cheap Thrills?

Michaela McEttrick: I was working mainly on Super Deluxe’s irreverent lifestyle series Turnt Beauty, but Nate and I have been friends for years. We met at a DIY music venue in LA called The Smell back in 2013. He was always down to help out and be in my horrible student films, so naturally I hit him up to audition for Cheap Thrills.

Nate Contreras: Before the show, I was just playing music and working a shitty dead-end job at a coffee shop. When Michaela hit me up about the show I actually did my screentest on my phone in the bathroom of my work.

TF: How was the Tabasko Sweet character conceived, and how would you describe him to the uninitiated?

MM: Tabasko is the trap game Bob Ross. He’s a bargain baller who lives his life one flex at a time, reminding us all to save our money, always be unapologetically ourselves, and put some respect on our moms.

The character is a mix of myself and Nate — I’m the brain and he’s the bod bringing it to life. I was frustrated by my brief tenure in the hypebeast community. I liked trap music, but was put off (to say the least) by the materialism and misogyny this culture is founded on. I wanted to create a character who promotes positivity, individuality, and respect — basically the polar opposite of the existing icons in this scene.

And the premium streetwear scene takes itself so seriously. I made Tabasko to start the conversation about hilarity of consumer culture in a way that allows insiders to be part of the joke. We both grew up lower middle class and had no choice but to be DIY, so I think that has a palpable influence on Tabasko.

NC: He’s a DIYer and a very positive dude, trying to put good energy out into the world. He’s different from other hypebeasts in that he respects women. A lot of those guys are assholes, and Tabasko’s not like that.

At this point, it’s kind of an alter-ego for me, I’ve added more and more of my real self to the character over time. That’s my real mom on the show for example. 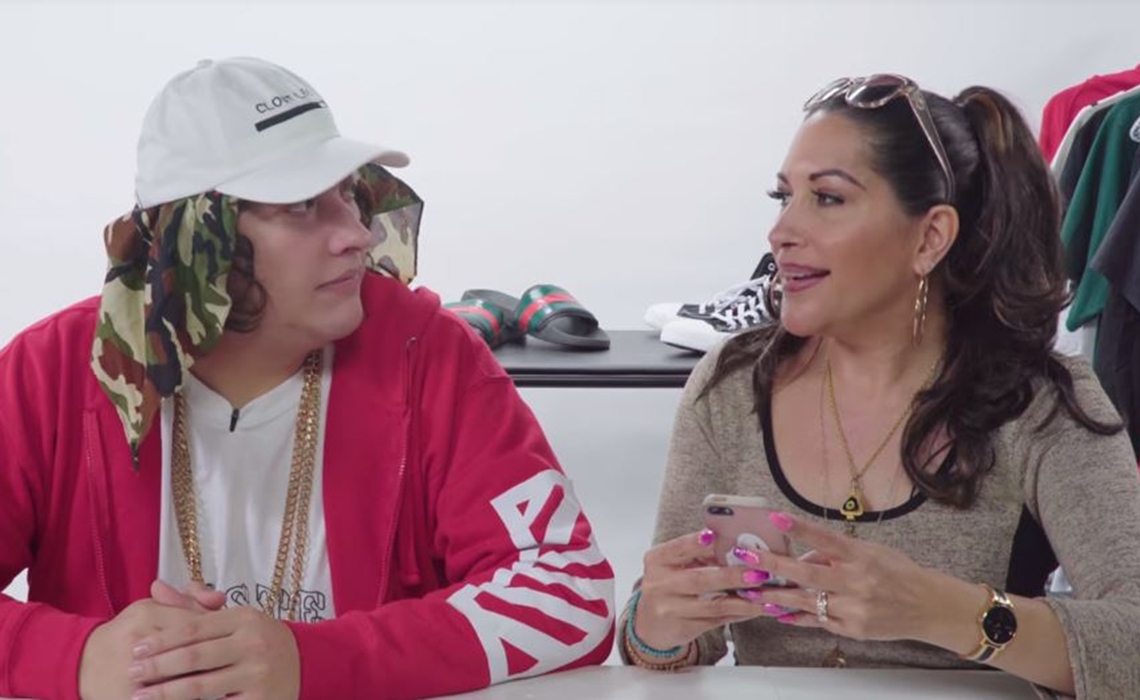 Tabasko and his beloved mom.

TF: Do you have any previous experience in the fashion world? Have you become more knowledgeable about sneakerhead culture as the show has progressed?

MM: Definitely! Since neither myself or Nate are real true-blue hypebeasts, there’s been a ton of research that’s gone into making the show. I’m talking full immersion. I think both of us have a renewed appreciation for sneakers. I’ve noticed Nate rocking chains and some of the DIYs we’ve made off the clock too.

NC: Oh yeah, totally. The show has kind of like put me onto the fashion world way more than I was before. For a minute, I wasn’t very concerned about fashion stuff at all, and then when we started doing this I noticed myself getting back into cool shoes. Now I have like five pairs of Nikes. Before Cheap Thrills I was a one pair guy. All my shoes had like holes and shit. I have a new appreciation for a good t-shirt now too. Reborn! 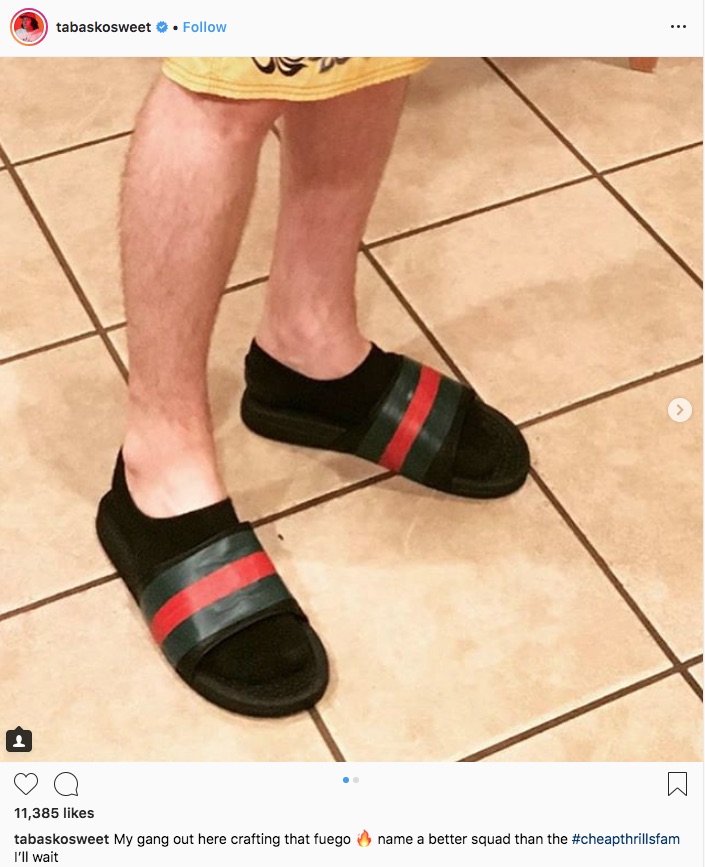 TF: Are your DIYs intended to be recreated in earnest?

NC: Definitely didn’t start out trying to get people to actually make the stuff, but people have been sending in pics of their attempts pretty much since day one (see above).

MM: The original intent was to prove that the prices of premium streetwear items are totally arbitrary because you can make something that looks close enough to flex on the ‘Gram. Now we’re about 50 episodes deep and I’ve been pleasantly surprised by tons of fan photos rocking the DIYs they made from our tutorials. Our art department guy, Kyle Leeser, is incredibly good at making sure our end products looking authentic — using ridiculous methods and household items.

When people purchase real designer, more often than not, the sole purpose is to show it off on social media. Our purpose with these DIYs is no different. We never claim that they are wearable and we encourage flexing from afar for maximum authenticity. At its core, Cheap Thrills asks hypebeasts why they want expensive things in the first place. 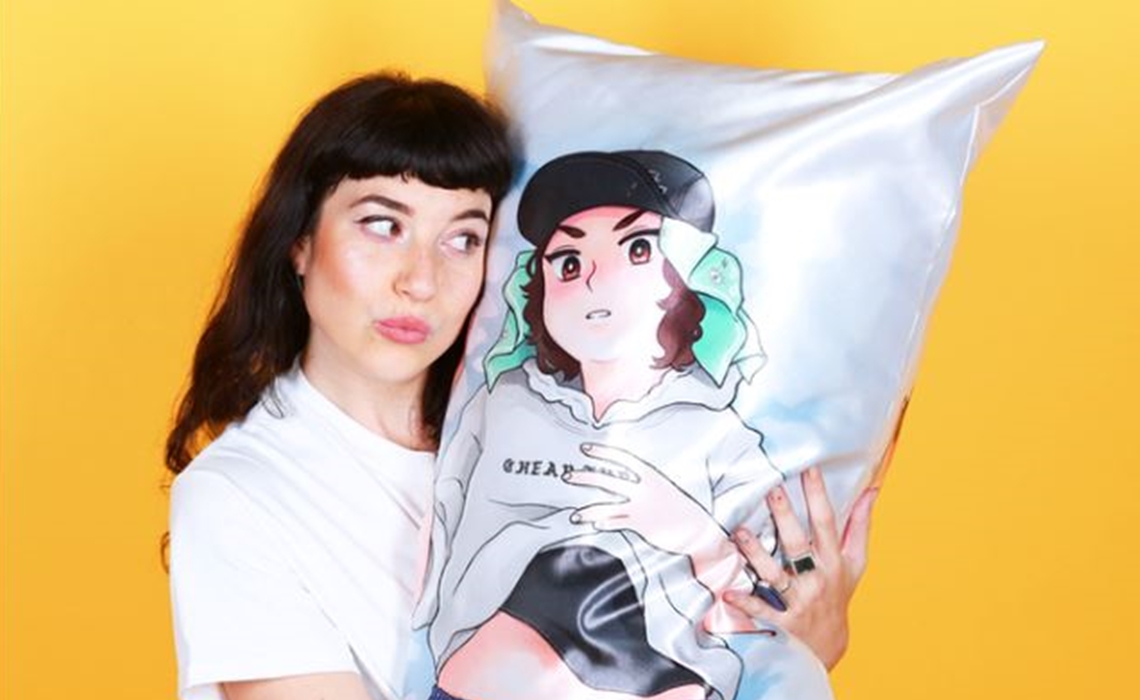 TF: Can you describe a typical member of the Cheap Thrills fanbase?

MM: The Cheap Thrills Fam is one of the most positive comments sections on YouTube and one of the most engaged and supportive Facebook groups. They’re young, super logged-on, creative, and goofy as hell. They love the internet, and demand positive comedy that isn’t at the expense of others. Some of them are so devout that they even have tattoos of Tabasko!

NC: I mean there’s two lifers with my face tatted on them, blood in blood out. And there’s a married couple with matching tattoos of one of my catch phrases, “Stay boosted.” And then a super fan even showed up all the way from the east coast to get my autograph tattooed – I signed his leg. I’ve seen some others floating around too like a clout level tat. Basicall,y a hardcore member has to get blasted or else they’re not that serious.

In general, our fans are very open and accepting people. I’ve noticed this from seeing how they interact with each other on social media. The comments are always nice. When people start to get kind of mean, they shut that down with even more kindness right away, and then the mean ones apologize. They like the internet, they’re very into pop culture. We thought they would all be into fashion, but we’ve noticed a lot of people just tune in for the entertainment factor.

You can tune into Cheap Thrills on the Super Deluxe YouTube channel or the show’s dedicated Facebook page. You can get Tabasko Sweet’s image permanently etched on your person at your local tattoo shop.