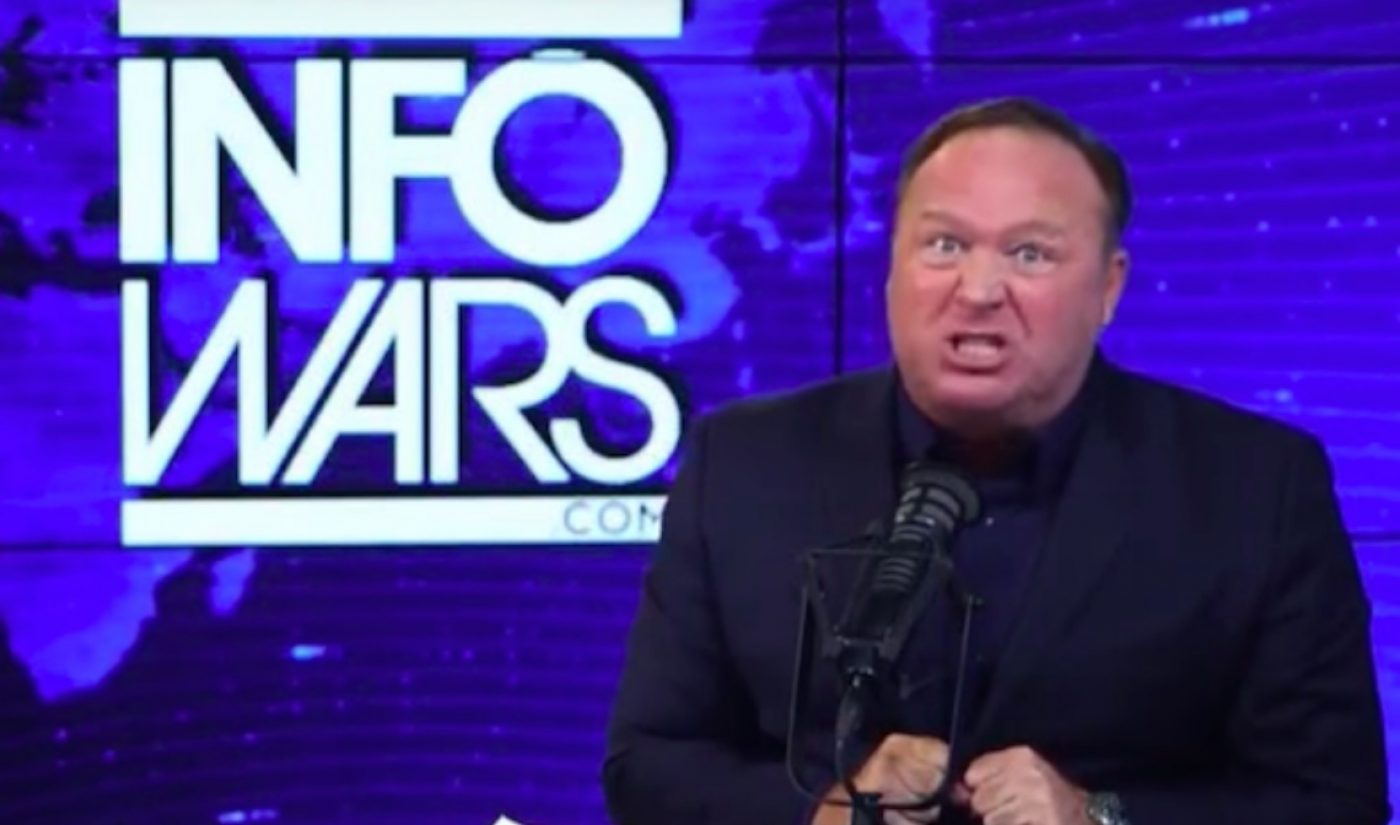 After being banned from YouTube, Facebook, Apple, and Spotify for anti-Muslim and transphobic comments, Alex Jones’ conspiratorial InfoWars website sought refuge on Vimeo, where the alt-right publisher substantially ramped up output late last week with 50 new uploads on Thursday and Friday.

But now, Vimeo is the latest platfrom to purge InfoWars from its air, Business Insider reports, citing violations of the company’s terms of service regarding discriminatory and hateful content. Vimeo also refunded InfoWars for any revenues derived by the channel, with a spokesperson stating that “we do not want to profit from content of this nature in any way.” Before the recent upload surge, InfoWars had fewer than a dozen total videos on Vimeo, where it predominantly discussed its ban from other platforms.

Business Insider reports that several Vimeo employees were unhappy with the company’s decision to let Jones’ content stand in recent days. CEO Anjali Sud reportedly addressed the issue at a Town Hall meeting this morning at the company’s headquarters in New York.

Of all of the major social media platforms, Twitter is now the sole destination on which Jones is still able to maintain an active presence.