AR Headset For Creators, Magic Leap One, Goes On Sale Today For $2,295 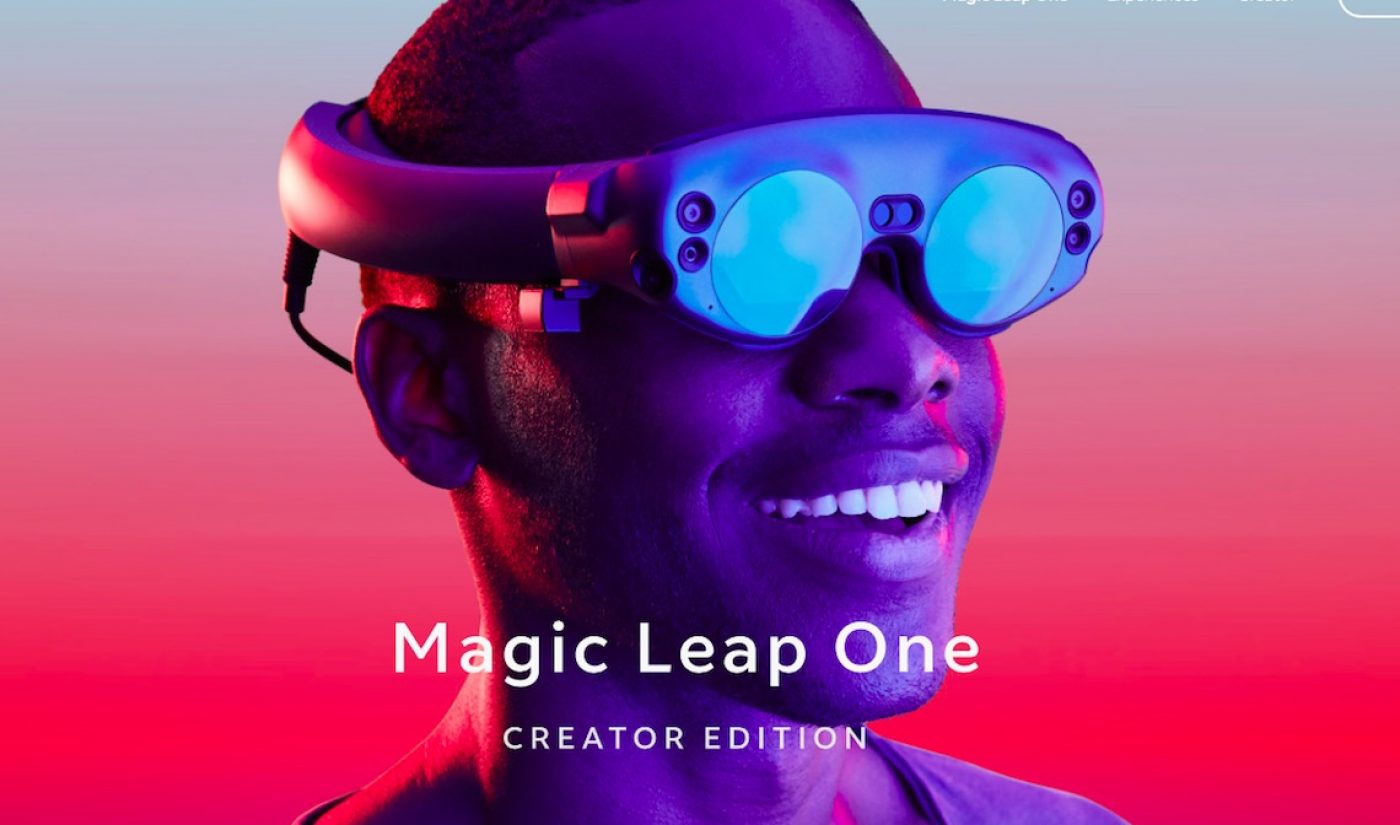 Augmented reality headset Magic Leap One: Creator Edition is one sale starting today for $2,295 a pop.

The sale date has been a long time (and a lot of dollars) in the making. Magic Leap has been poaching top executives from the likes of the National Geographic Channel and Lucasfilm’s ILMxLAB visual effects studio for the past couple of years to lead the world into an AR future, all the while raising a total of $2.44 billion in funding from big name investors like AT&T, Alibaba, J.P. Morgan Investment Management, and Google.

As far as how the hardware actually works, Magic Leap One lets in both natural light and “synthetic lightfields,” which allows users to create “mixed reality” experiences. The headset can make digital animations interact with their surroundings—Magic Leap’s website gives the example of a virtual penguin falling off the edge of a real life coffee table. The company claims to do the same for audio, so virtual objects’ sounds make sense in the context of the headset wearer’s physical surroundings. It comes with a computing pack, a handheld control, chargers, a start guide, and more. Here’s a demo from the company:

So far, the headset is available in certain cities across the US, including San Francisco, Los Angeles, Seattle, Chicago, New York, Boston, and Philadelphia, according to Magic Leap’s website, where you can enter US zip codes to see whether the company will deliver there. “Many” more cities will make it onto this list in the fall, according to TechCrunch.

The price of the Magic Leap One means it’s unlikely to see mass adoption, but rather seeks to appeal to a specific target market of AR enthusiasts and developers. Plus, purchase of the headset may come with an additional cost. CNET reported that buyers can spend an extra $495 on the “Professional Development Edition,” which features additional services, like one that will help users get a replacement should something happen to their device.

Those interested in purchasing the Magic Leap One will have to do so through a service called LiftOff, according to CNET. The service includes in-person delivery of the product, so the deliverer can set up the device and fit the Magic Leap One onto the buyer’s head (the headset is also available in two sizes and comes with a Fit Kit to further help ensure that it’s snug).

In addition to all the hardware, the Magic Leap One comes with a selection of apps, like the Screens video player, which lets viewers watch multiple screens at the same time. It also comes with some demos, like Tónandi, a collaboration with Icelandic band Sigur Rós. Rather than attempt to describe it, here’s a video of the audio-visual collaboration.

Other AR or mixed reality headsets include the HP Windows Mixed Reality Headset, which goes for around $300, and the Lenovo Explorer, which costs around $450. Then there’s Google Glass, the AR glasses that evaded mainstream adoption but can now operate with artificial intelligence, thanks to Israeli software company Plataine. And of course, Snapchat‘s been making a big AR push with its Lenses over the past year, letting users create custom Lenses in February, for instance, and encouraging musicians to make their own Lenses for the app in June.