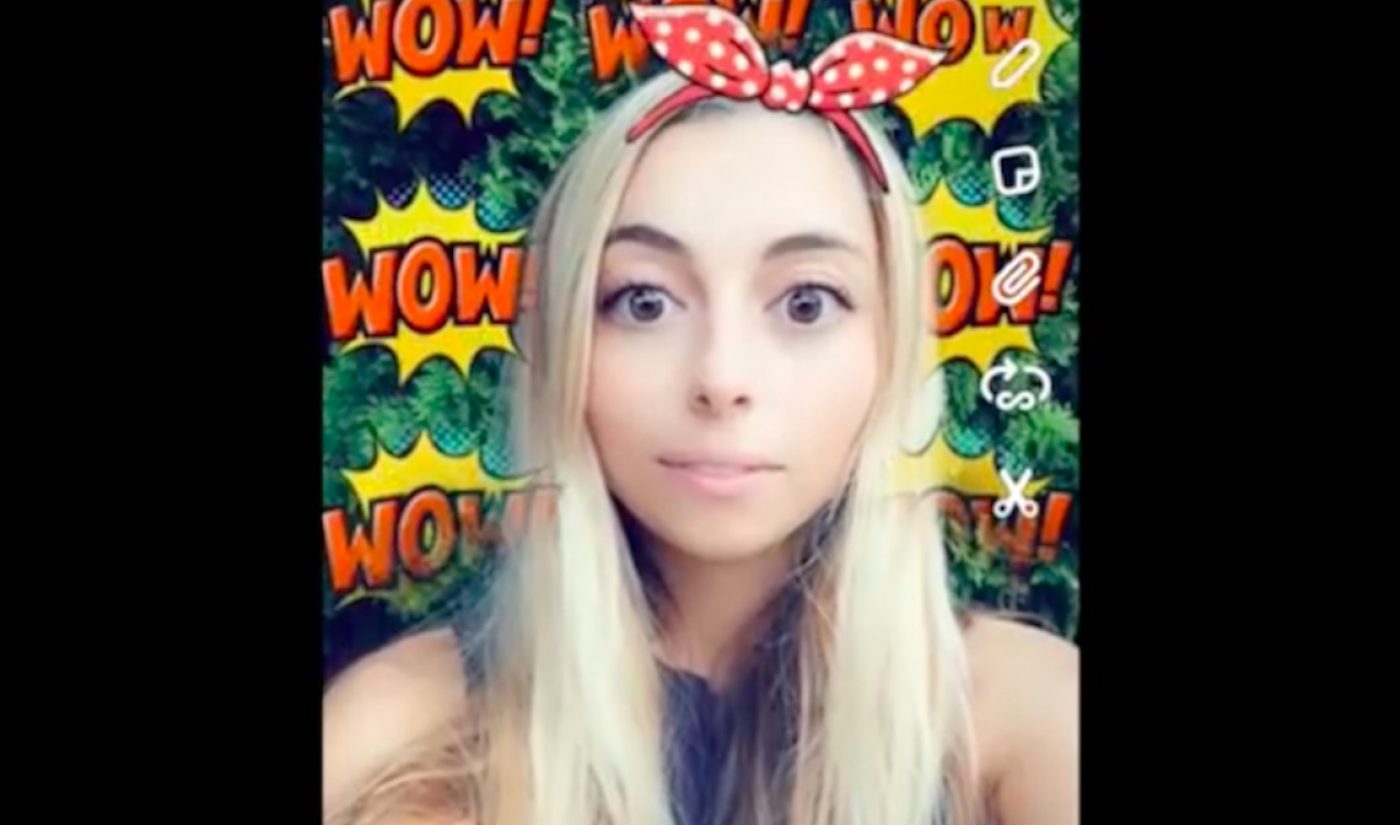 The social app has begun dabbling in voice recognition, and its Lenses can now produce various effects and animations when users utter the above words. In one new Lens, saying “wow” triggers a bunch of comic book style bubbles to pop up behind the user’s head. Say “love” and petals will stream across your Snap to the tune of jazz music.

According to TechCrunch, the company plans to release about five or six new voice recognition Lenses this week, beginning today. They’ll show up alongside current Lenses in the carousel, and will instruct users how to activate them. Check out a video, courtesy of Techcrunch, showcasing the new Lenses in action, below:

Subscribe
Snapchat has previously released Lenses in which certain movements lead to special effects — like an option whereby opening one’s mouth triggers rainbow vomit. In May, the company released its first sound-activated Lens. Giving users luminescent, cartoon mouse ears, the Lens had those ears grown and shrink depending on the modified, squeaky voice of the user.

Snapchat has been going heavy on Lenses this year, charging users to create custom Lenses for $10 a pop in February before focusing on getting musicians to make their own Lenses in June. In an effort to highlights native digital creators, Snapchat made it easier for users to find their Lenses within the Lens Explorer just last month.