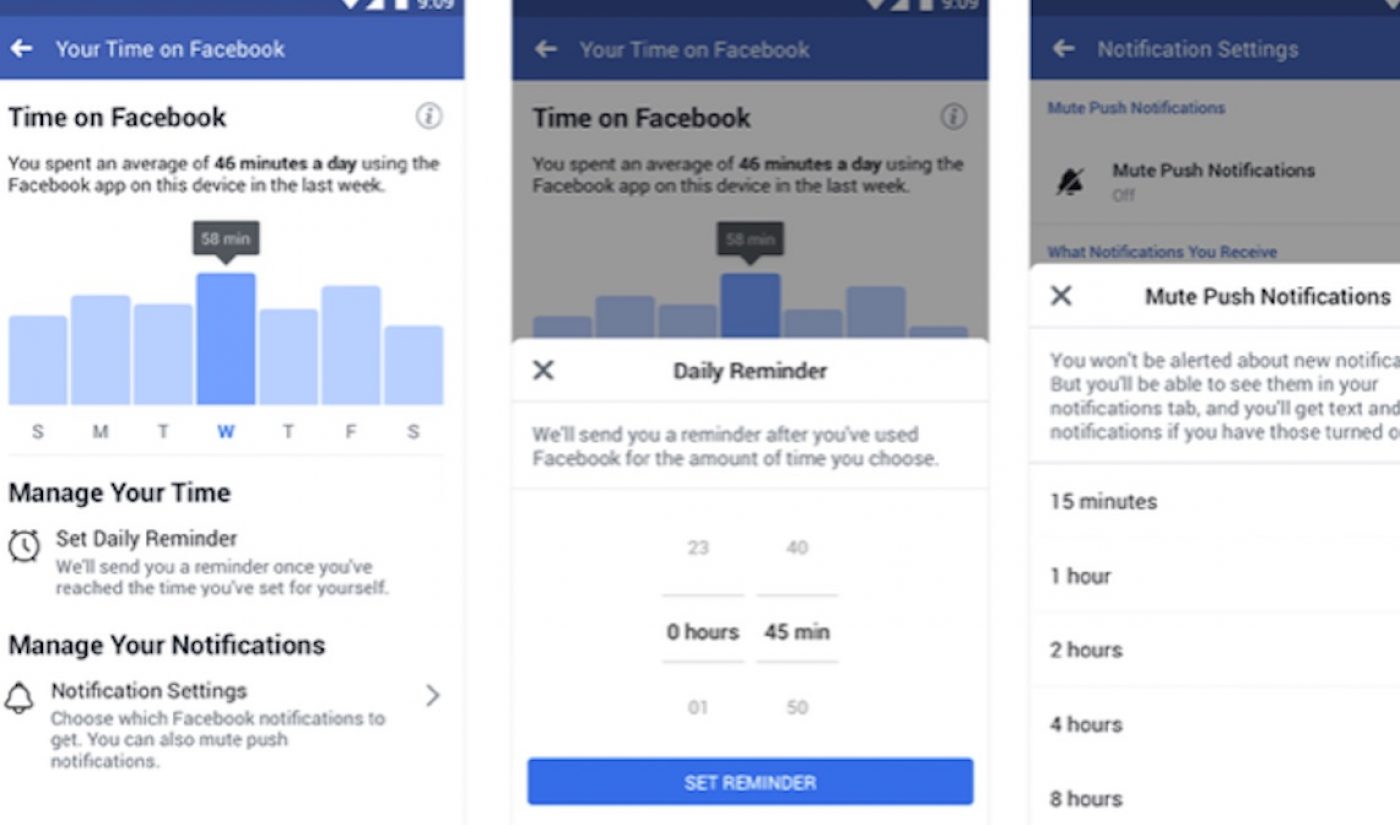 As people in the US spend more time on social media, Facebook and Instagram are adding features to help users keep track of that time—and potentially curb it.

The features will appear in new activity dashboards on both social platforms in their settings pages. Facebook’s will be labeled “Your Time on Facebook,” while Instagram’s will be called “Your Activity.” They’ll show the average time users spend in the social platforms. 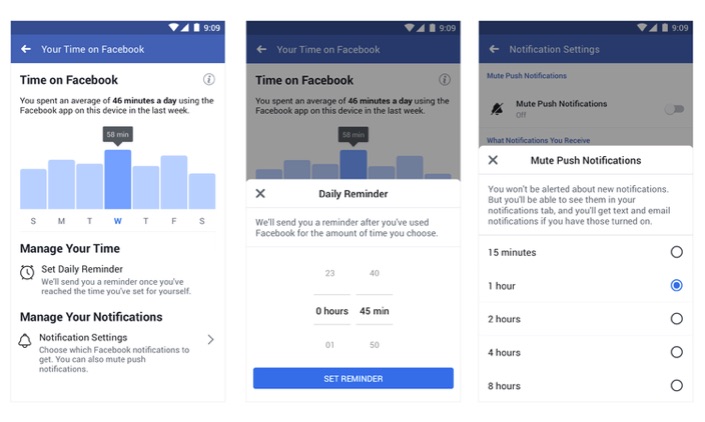 Users will be able to set alerts letting them know when they’ve spent a certain amount of time in Facebook or Instagram to help keep them from absently whiling away too many minutes or hours (or days or weeks or months or years!!!). The tool will also offer a “Mute Push Notifications” setting, which will do just that. 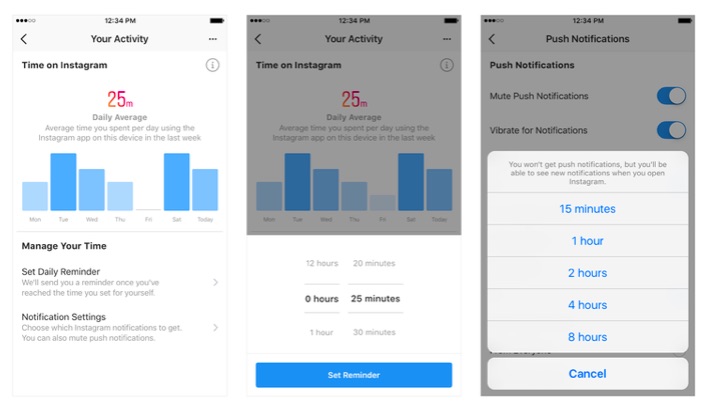 In Facebook’s blog post announcing the new tools, product management director Ameet Ranadive and director of Facebook research David Ginsberg brought up teen usage of the social platforms. “Our hope is that these tools give people more control over the time they spend on our platforms and also foster conversations between parents and teens about the online habits that are right for them,” they wrote.

According to a May 2018 report from the Pew Research Center, 45% of teens said that they were online “almost constantly.” Variety cited an eMarketer study that projected US adults would spend 42 minutes each day on Facebook and 46 minutes on Instagram in 2018, up 16% and 44%, respectively, from four years ago.

Increased time spent on social platforms like Facebook and Instagram have been linked to mental health problems like anxiety and depression. Multiple studies have backed this finding. For example, the Royal Society for Public Health in the UK conducted a study that found that the more time users spent in apps like Instagram, Facebook, and Snapchat, the “sadder” they were about it. It also linked use of those social apps to negative body image, bad sleeping habits, anxiety, and depression.

Facebook didn’t directly address these connections in their post announcing the new time-limiting tools. “We developed these tools based on collaboration and inspiration from leading mental health experts and organizations, academics, our own extensive research and feedback from our community,” Ranadive and Ginsberg wrote, adding later in the post, “It’s our responsibility to talk openly about how time online impacts people—and we take that responsibility seriously.”

Facebook held a Global Safety Summit this past March, in which over 100 organizations, researchers, and teens discussed, among other things, how social media use affects mental health. The Scholastic and Yale Center for Emotional Intelligence also partnered with Facebook on a curriculum for teachers to use to help their students create healthy social media habits.

Meanwhile, Google and YouTube have made similar moves to keep users from accidentally spending too much time on the latter. In May, YouTube announced new tools that would allow users to schedule breaks into their video watching–so they don’t binge too many at once–and consolidate notifications so instead of constantly checking updates, users will get all of their daily notifications in a single digest.