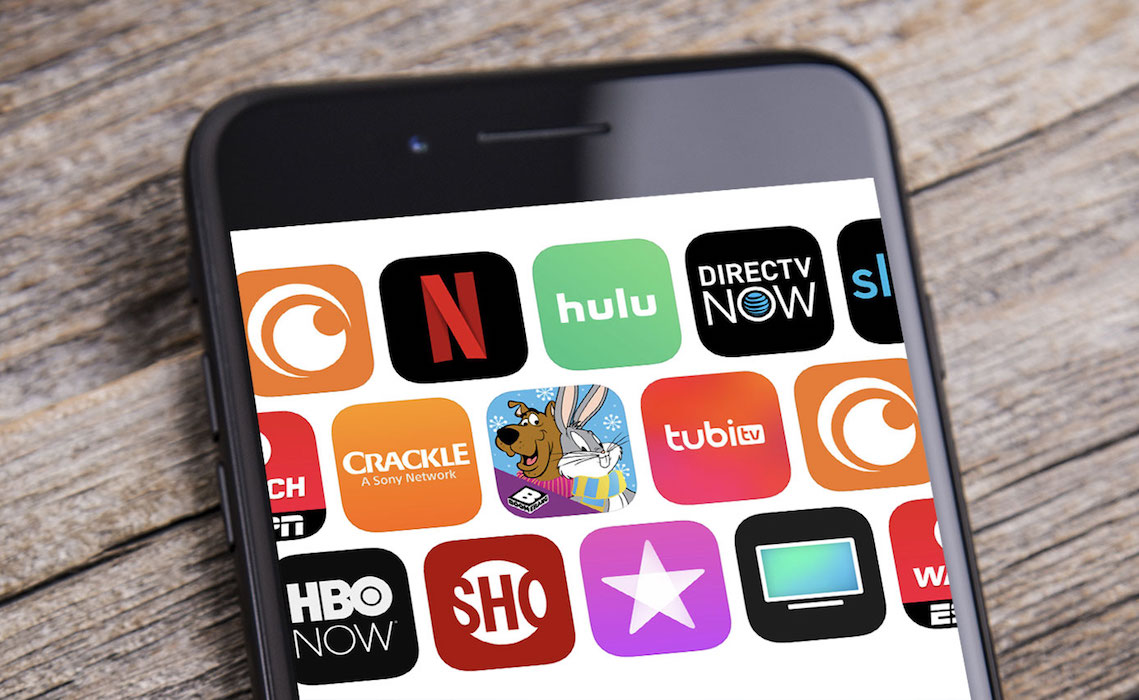 There Are A LOT of Subscription Video On-Demand Services, But Who’s Going To Pay For Them All?

Even though Netflix is no longer the nation’s most valuable entertainment company (a miss on quarterly subscriber growth sent shares back below Fox-buying Disney), it still can take credit for the recent stampede of subscription video services streaming into the market.

Now, Netflix and established competitors such as HBO Now, Amazon Prime, Hulu, CBS All Access, and ESPN+ are about to be joined in the fight for subscription dollars by DC Universe, Walmart, Spotify, a second Disney service, and Apple, among others.

On a much smaller scale, this past week Zeus launched launched as a $3/month subscription channel from online influencers King Bach, DeStorm Power, and Amanda Cerny. Kid-focused Pocket.watch also announced a $15 million funding round led by its putative competitor, Nickelodeon owner Viacom.

To put it simply, the subscription VOD business is about to get even more crowded, and it’s not clear who’s going to win, or even survive.

“At the end of the day, there’s going to be a subscription overload,” said Frank Sinton, president and founder of Beachfront, the big ad-tech company that manages billions of ad views a month in online video. “The average consumer is only going to be able to afford so many subscriptions.”

Sinton suggested the limit for most people will be five to six subscriptions, beginning with their mobile phone (and a fat data plan to watch all that video). Five to six sounds about right. For most folks, however, throw in Netflix, Amazon Prime, Apple Music, the Hulu with Live TV skinny bundle, and a subscription for your favorite Twitch streamer or the New York Times, and you’re spending maybe $150 a month, depending on your mobile plan.

And of course, there are so many other tempting options already. HBO has some great shows, and plans to add a lot more. ESPN+ has all those live game broadcasts. In 2019, Disney’s second channel will feature Star Wars, Pixar, and Marvel movies and series, and Apple has cool stuff coming, too. How many more are you ready to spring for?

Have We Reached Peak SVOD?

“Subscription VOD is mostly set and oversaturated,” said Adam Lewinson, chief content officer of Tubi, an ad-supported channel backed by several venture-capital firms and Hollywood studios Lionsgate and MGM. Lewinson spoke last week at a conference on over-the-top video. “And you can never discount Disney and Apple and Walmart,” Lewinson told me. “So there can be some more strong businesses. But (for SVOD companies) focusing on scale, we’ll see how many more can get that scale.”

We’re about to play a game of SVOD Lifeboat, where we find out which companies can provide enough content or other incentives (Amazon being the, um, prime example of that) to grab and keep a big batch of subscribers.

All these companies are trying to build a sustainable subscription business in an era of boundless choice, easy channel hopping and few gatekeepers. It seems unlikely that everyone will succeed, especially without other income sources.

Which makes some of the week’s other streaming-video news even more interesting. At that conference, sponsored by the Entertainment Merchants Association, I moderated a panel on OTT’s future that included execs from Roku and Pluto.TV. They predicted free, ad-supported channels like theirs will have lots of room to thrive going forward, regardless of audience battles among the subscription giants.

Pluto.TV, the Roku Channel, and Tubi are part of a tier of ad-supported channels that sit below the “everything for everybody” brands, Sinton said, “the whales who get the majority of attention.” He also named Xumo and the sports-focused Fubo as ad-supported companies grabbing significant audiences and ad views.

“We’re big believers that the majority of content will be ad-supported going forward,” said Sinton. “In terms of the number of titles, there’s going to be a lot more content that’s ad-supported as opposed to subscription.”

Tubi’s Lewinson – formerly an exec at Crackle, yet another free, ad-supported channel that owner Sony is now trying to bolster with a strategic partner – bragged that Tubi’s library just passed 8,000 movies and series, bigger than even Netflix.

Though Tubi doesn’t release audience figures, the company has hinted it has several million users. That still leaves Tubi – which bills itself as “Netflix for free,” though without Netflix’s 700 original shows and movies  – dwarfed by Netflix’s 130 million subscribers. But Lewinson said as people manage their subscription spending, ad-based business models will find more and more viewers.

“Cord-cutting, cord-nevers, it’s driven by cost,” Lewinson said. “So if …people are cutting the cord because of cost, do they immediately want to pivot into five or more subscription services? It’s going to wind up costing the same thing.”

The keys for success are “a massive library and superior technology” that can create a really good user experience, Lewinson said. That includes close attention to the ads people are shown. Tubi’s ad load is about half that of a traditional network, and the company uses technology to target ads to each viewer.

“We’re working on making it as appealing to the consumer as possible,” Lewinson said. “My kids are completely happy watching advertising as long as it’s Lucky Charms commercials, because they like Lucky Charms. And what we’re finding from a B2B perspective is really quite simple: Ad agencies and brands still want to buy non-skippable ad inventory. It works for the agency, it works for the brand. That’s really how we grow.”

There will be plenty of room for niche ad-supported channels, too. Sinton pointed to Tastemade – backed by several VCs and two more big media companies, Liberty Media, and Discovery – as a niche, ad-supported streamer that also makes money through its huge social-media presence.

I’m betting this emerging array of ad-supported VOD channels will look increasingly like the broadcast and basic cable channels viewers have known for decades. They’ll be more flexible and accessible, and you’ll almost certainly have a better ad experience. But whether it’s live and linear like Pluto.TV, or on demand, like Tubi and Roku, it’ll be better than what TV used to be, if more complicated to find and navigate to the shows you want.

And as Netflix and the other subscription giants fight for primacy, the ad-supported alternatives have a chance to build the audiences and ad revenue they need to thrive. “I think it’s a certainty that there’s going to be at least one AVOD service that scales as big as Netflix,” Lewinson said. “And what we’re working on every day is for that service to be Tubi.”