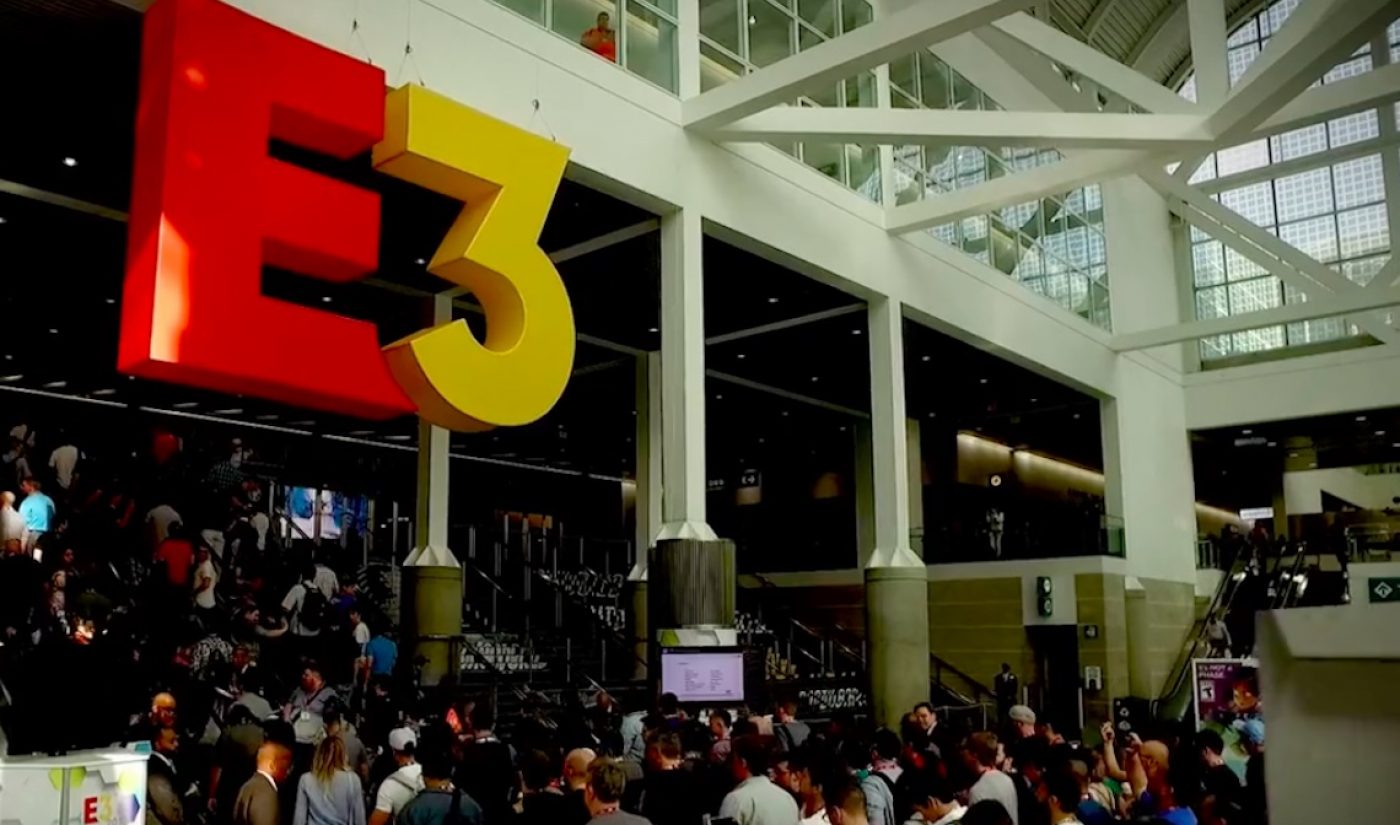 E3, the Electronic Entertainment Expo, ran from June 12 to 14 this year, during which time over 97.6 million total views of the expo occurred on Twitch.

During the event, Twitch beat its previous record for concurrent viewers on the streaming platform with a total of 2.9 million viewers. The old record took place in January, with around 2.5 million people watching Twitch content at once. In total, viewers watched a cumulative 1.6 billion plus minutes of E3 content on the streaming platform in 2018, up 106.6% from last year.

There weren’t just more views of E3 content than there were last year—there was also more engagement. Chat activity during the conference went up from last year by about 100%, and the average viewer watched a total of nearly 76 minutes of E3 footage on Twitch (which, as Twitch pointed out, is “longer than most episodes of Game of Thrones”).

Part of all the E3 Twitch activity came from co-streaming. A feature that lets Twitch users stream the same broadcast simultaneously, with each streamer providing their own unique commentary, co-streaming accounted for over half of E3 viewership on Twitch this year (56.4%). Over five times as many Twitch users co-streamed Twitch’s E3 broadcast as did last year’s.

Co-streaming also allowed for around 20 different language translations of E3 broadcasts, including German, French, and Spanish. This may have helped spur (or was simply a result of) the increased watch time of the conference in countries outside of the U.S. Viewers in France watched 117% the minutes of E3 they watched in 2017, Brazil’s viewing time went up by 222%, Argentina’s went up by 180%. 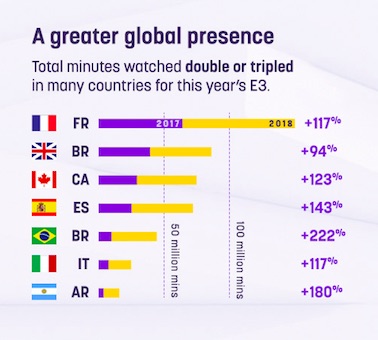