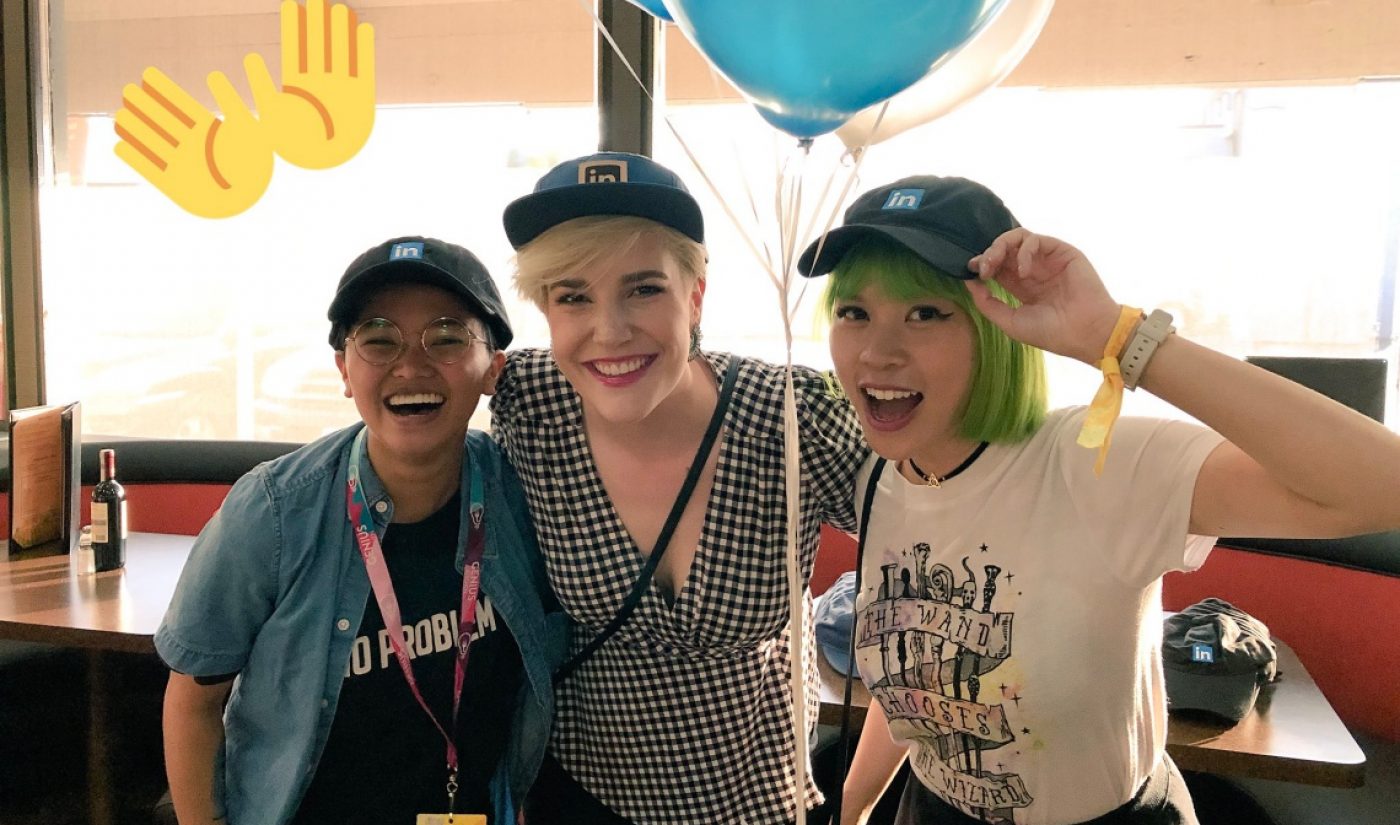 It’s been only ten months since LinkedIn launched its own native video service, but the professionally-oriented social media platform is starting to develop a passionate creative community of its own. At VidCon, several of those creators came together for the first-ever LinkedIn Video Creator Summit, at which early adopters of the social site’s video platform shared their endorsements of it.

The panel featured four creators: Goldie Chan, Rachel Chang, Alyssa Mangaoang, and Chantel Soumis. Since launching their first LinkedIn videos, they’ve each brought in thousands of followers (or, in Chan and Soumis’ cases, tens of thousands) while also contributing to a community that resembles the early years of YouTube. In describing that community, Chan offered a comparison that once described the internet as a whole, though it has since become bygone on the web’s more saturated creative platforms. “There’s something ‘wild wild west’ about it right now,” Chan said. “You can do almost anything on LinkedIn.”

Should LinkedIn’s creative community grow, there’s no guarantee that insular, wide-open feeling will remain, but the platform does have several advantages for its videomakers. For starters, it figures to be a powerful hub for branded video, since the typical LinkedIn user is receptive to content created for and by businesses. “I go to LinkedIn because I want to learn about businesses,” Chang said. “They have a captive audience.”

In addition, since LinkedIn users are attached to their jobs, gaining a large following on the platform can pay dividends for employers. Chang noted that the higher-ups at her company, the Dallas Entrepreneur Center, relish the traffic and engagements she brings to their pages through her videos.

Of course, since LinkedIn’s video community, there is still a lot of room for it to grow, and Chan admitted that educating videomakers about the opportunities LinkedIn offers is still a top priority. “I don’t think  companies and brands quite know there’s native video on LinkedIn yet,” her panelmate Chang added.

The number of creators on LinkedIn is likely to grow, however, as the company itself implements new feature. An addition the summit panelists would love is the ability to organize videos on a channel page. “We are all hoping for a solution coming soon,” Chan said.