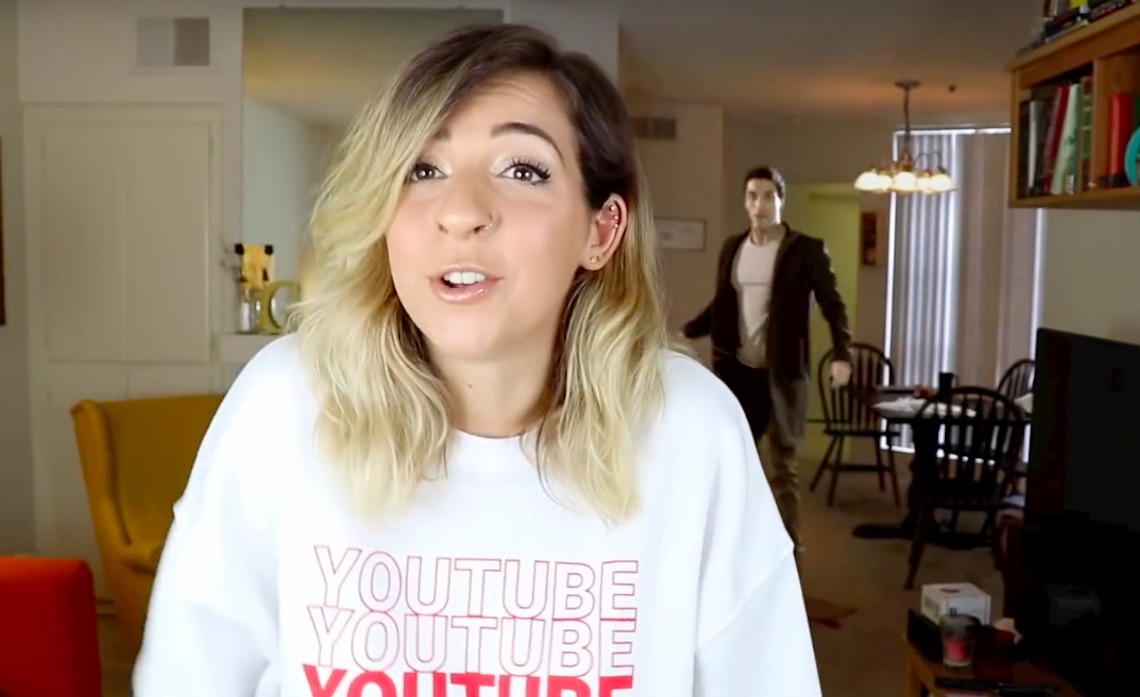 A new young adult web series about a teenager who can teleport debuted last week on YouTube. And a character from the show “teleported” into popular YouTube creators’ channels to market the event.

Impulse dropped on YouTube Premiere on June 6. The dramatic thriller stars Maddie Hasson (Twisted, The Finder) as Henry, who discovers her supernatural teleportation powers in episode one and Keon Alexander (Tyrant), whose character can teleport, too. To promote the new series, Alexander’s character quickly and surreptitiously “teleported” to appear in the background of videos from creators like Jennxpenn and David Dobrik.

During the appearances, the YouTube stars don’t acknowledge the Impulse character, who was digitally added to their work after filming.

Here’s an example of popular creator Gabbie Hanna (5.7 million subscribers) not noticing a man teleport into her home while’s she talking about a nightmare Uber driver on June 6. (Look out for the appearance at 1:30 minutes in.)

Other creators featured in the Impulse marketing campaign include Kendall Rae, Karina Garcia, Cam’s Creations, Nichole Jacklyne, Ayydubs, and JacksFilms. YouTube creators chosen to participate in the campaign all have audience bases deemed relevant to that of Impulse by the series’ marketers.

It’s a nifty little visual effects trick that seems to have accomplished its intended purpose of making avid fans of some of YouTube’s most popular stars say, “Wait…WTF was that?!!” “YouTube is putting that guy in videos to advertise their new YouTube Red series Impulse,” wrote “Sebastian Flores” in response to Hanna’s video. Another viewer noted in the comments that the same thing happens in a video by JacksFilms.

A YouTube rep confirms that audiences have been highly engaged in the promotion. A keyword analysis of the 85,000 or so total aggregate comments across the videos reveal many of the top keywords are related to the teleportation stunt.

“Strategically, we knew influencers were critical to YouTube Original series Impulse, but we wanted to create a more disruptive and genuine way to generate conversation about the campaign – something that felt native to the YouTube platform and how people actually interact with their favorite creators,” said Wes Harris, Head of Marketing, Scripted Originals. “Every detail of the teleportation was carefully crafted in each of the videos – down to wind moving plants when he entered the room.”

Harris also notes an equal amount of crafting went into figuring out which creators to partner with for the campaign. “We analyzed key data points to determine which audiences would align with themes from the show and which creators had overlapping audiences to ensure fans would see the promotion in multiple videos,” Harris explained. “It was a great mix of art and science.”

Impulse also stars Missi Pyle (Gone Girl) as Cleo, Henry’s mother. It is executive produced by Doug Liman (who produced Bourne Identity), David Bartis, and Gene Klein (producers of Suits), along with Agents of S.H.I.E.L.D.’s Lauren LeFranc. LeFranc also serves as the series showrunner. You can check out the series on its YouTube channel and watch the trailer below.