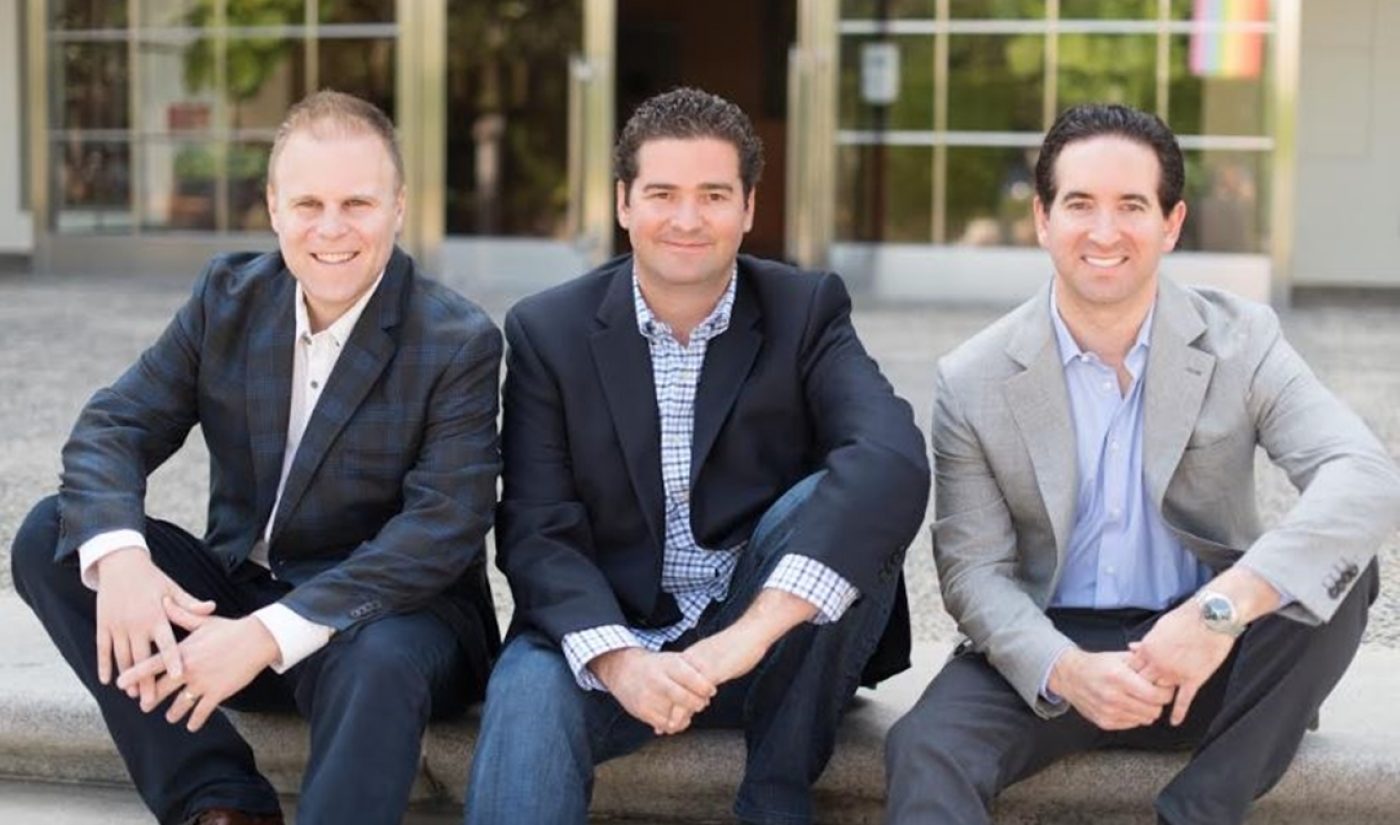 When Cobra Kai creators Josh Heald (l.), Jon Hurwitz (c.), and Hayden Schlossberg (r.) pitched their Karate Kid series reboot to YouTube, it became clear that the video giant had a next-level belief in and outsized ambitions for the project.

If YouTube Red (which has since been renamed YouTube Premium) had so far failed to break through the cultural zeitgeist with critically-acclaimed originals in the way that competitors like Netflix and Hulu had managed, YouTube harbored the suspicion that Cobra Kai could be a game-changing hit. As Hurwitz remembers, after the trio pitched the series to YouTube’s global head of original content, Susanne Daniels, she promptly told them, “We want this show to be our House Of Cards — to be that series that shows the world what we’re capable of as a platform.”

It was Daniels’ unflinching confidence — as well as the potential to serve as a hallmark project on a nascent platform — that ultimately convinced the trio to pact with YouTube on the series despite heavy interest from other distributors. It turned out to be a prescient call for both parties.

In addition to widespread critical acclaim, Cobra Kai was reportedly outperforming competing series from Netflix and Hulu shortly after its release — the first time that a YouTube series had ever done so, according to measurement firm Parrot Analytics. The first episode (below) currently counts 39 million views, and a second season was ordered just eight days after its premiere.

We sat down with Heald, Hurwitz, and Schlossberg — who have a slew of films under their belt, and previously collaborated on the Harold & Kumar franchise — to discuss their experiences working with YouTube, the challenges of rebooting a beloved franchise, and their reaction to the series’ runaway success. Check out that conversation, which has been lightly edited for clarity, below:

Tubefilter: What’s your reaction to the response?

Heald: We feel amazing. We wanted this reaction, but we certainly didn’t expect it. We always temper our excitement. But at the same time, we knew that Karate Kid was enormous for us growing up, and we expected that other people would feel the same way — and that that audience would still be there wanting to see the next generation of the franchise.

TF: What’s your take on reviews, like this, that were pleasantly surprised with the show, but only because they presumed it would be terrible?

I think what people have found is a continuation of the original story that the three of us fell in love with in a way that truly honors the original films. That said, there are more opportunities than before for comedy — partly because you’re going through the ‘Cobra Kai’ lens, and partly because these characters are now in their 50s.

Schlossberg: Overall, people didn’t imagine that we were going to take this as seriously as we did. Our belief was that if you actually did take it seriously, this is a story with characters that have connected to a much larger audience than some of the superhero movies that are coming out today. For us, this is our Star Wars.

TF: It’s a continuation of one of the most iconic movie franchises of the 1980s at a time when nostalgia is at its peak. Did you have a lot of suitors?

Heald: We knew this was a show that we needed to do without commercials. So we pitched all of the streaming platforms and premium cable networks — and I have to say that YouTube was the most passionate about our pitch, and it was also the very first pitch. Susanne stopped us just short of finishing the presentation and said, “We get it, this is going to be huge, we want you to take everything you just said in this room and go do it.” It was a straight-to-series offer — the kind of dream pitch that just doesn’t happen often.

I think YouTube knew they needed to be aggressive at that moment. This was a project that checked a lot of boxes for them that they knew could be marketed in such a way that it reached a wide audience. And we were excited about taking that journey with them — being the flag in the ground for their platform, so to speak. 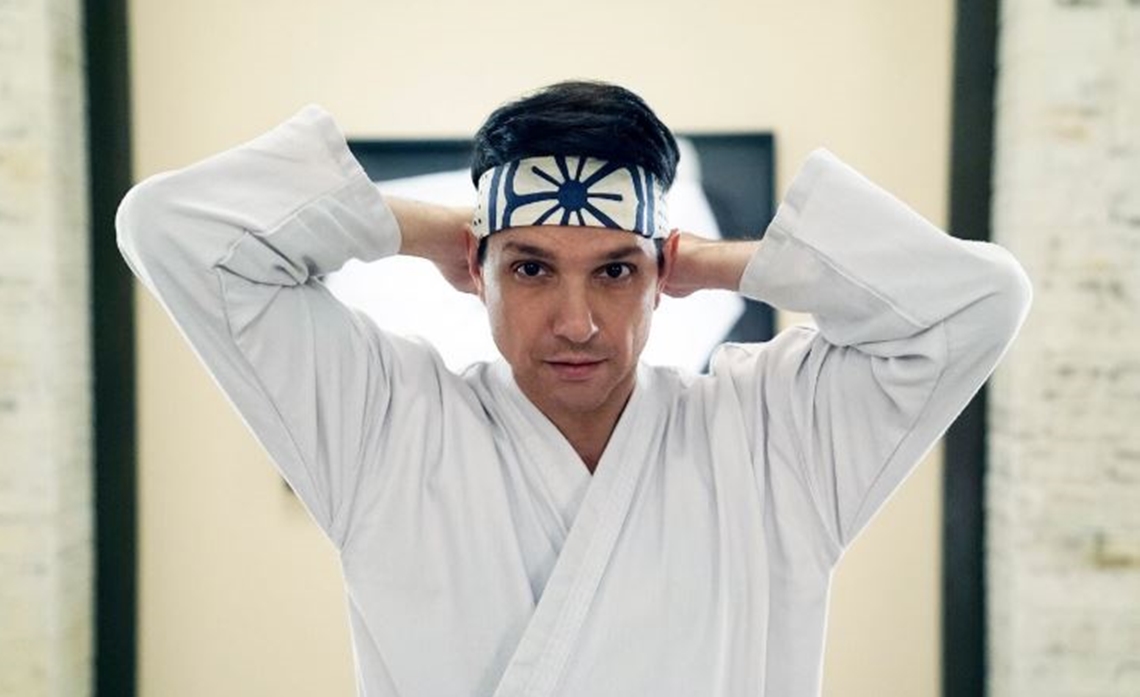 Ralph Macchio getting back in the groove.

Hurwitz: There was an enthusiastic reaction all over town. Our initial target was Netflix — and there was passion there as well, which made the decision tough. But it was really that next level of commitment from YouTube, because we hadn’t written any scripts. Whoever we were pitching had to take us at our word that we had a handle on exactly what the tone would be. Susanne, from moment one, she just got it.

In that room she basically said, “We want this show to be our House Of Cards — to be that series that shows the world what we’re capable of as a platform.” And there was something very exciting for us about being the first big show that gets attention for a platform rather than being one of the many new series that pops up every week.

Schlossberg: It was a commitment on every level — creatively, financially, and in terms of the structure of the deal. At the end of the day, YouTube had the best financial package guaranteed in terms of the budget of each episode.

TF: HBO had The Sopranos, Netflix had House Of Cards, Hulu had The Handmaid’s Tale. Does YouTube have Cobra Kai? Have you accomplished that?

Schlossberg: I think YouTube feels that this has exceeded their expectations — in terms of whatever ratings are available for these types of shows, combined with just the overall reaction that we can feel online. It’s definitely made it to where people think of YouTube as someplace where millions of people can go to watch something good.

And being that the show only launched two weeks ago, it’s still early days. But it’s definitely been a big conversation-starter for their platform. We look forward to seeing how it builds from here. Based on the first two weeks, we’re really, really thrilled.

TF: You guys have worked in and had success with traditional Hollywood. How is working with YouTube different?

Hurwitz: What we loved about our experience with YouTube was that they were very filmmaker-friendly. Like any other distributor, they read the scripts and gave feedback, but at the end of the day, they trusted our vision. 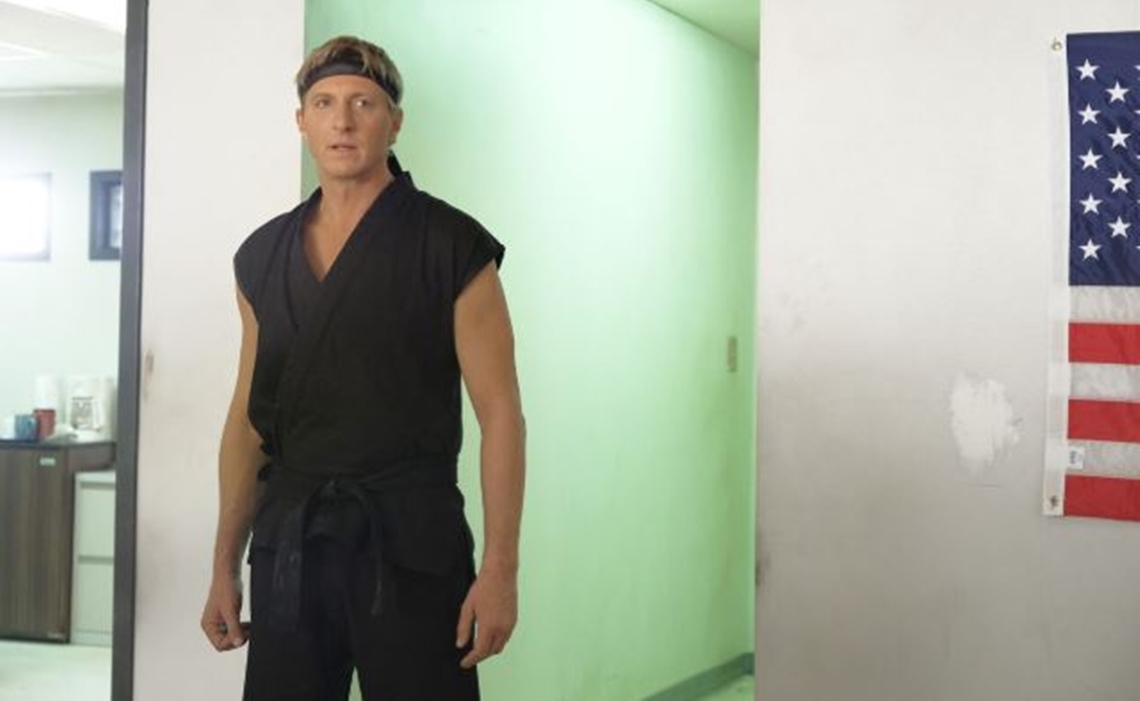 TF: What about from the actual distribution mechanism perspective, in terms of being able to see comments in real time? What’s that experience been like?

Heald: We love seeing the comments and reactions. There’s a fervor there that doesn’t exist when you go see a movie. There’s something that’s honest about it — for better or worse. It’s also nice to see the cross-section of the audience, and to observe what different people think in different parts of the country across the political and socio-economic spectrums.

Schlossberg: There’s also a lot of different possibilities as the show goes forward in terms of interacting with the fan base, and we’ll explore that as time goes on. YouTube is in some ways the ultimate fan site — with so many people talking about their love for the Star Wars films, or different TV shows, or Marvel properties. It’s fun being in the forum of these hardcore story geeks like us — it’s basically like dropping the show right in the middle of the comic book store.

Tubefilter: Has this experience made you more likely to work with YouTube in the future?

Hurwitz: The three of us all come from the world of feature film. A month before Cobra Kai premiered, Hayden and I had the movie Blockers come out in theaters, and really enjoyed going to SXSW and watching it with that audience, as well as watching the opening weekend box office. This is a completely different beast that we’re equally enjoying — just in a different way that we didn’t necessarily see coming. It’s something that we would love to do again — we look forward to doing more Cobra Kai, and more shows in the future.

Heald: It’s very exciting that we were renewed so quickly, and that so many people watched the show right out of the gate. And we have a lot planned for season two. There were a lot of storylines left hanging in the balance, and we intend to explore those, as well as usher in new storylines moving forward.