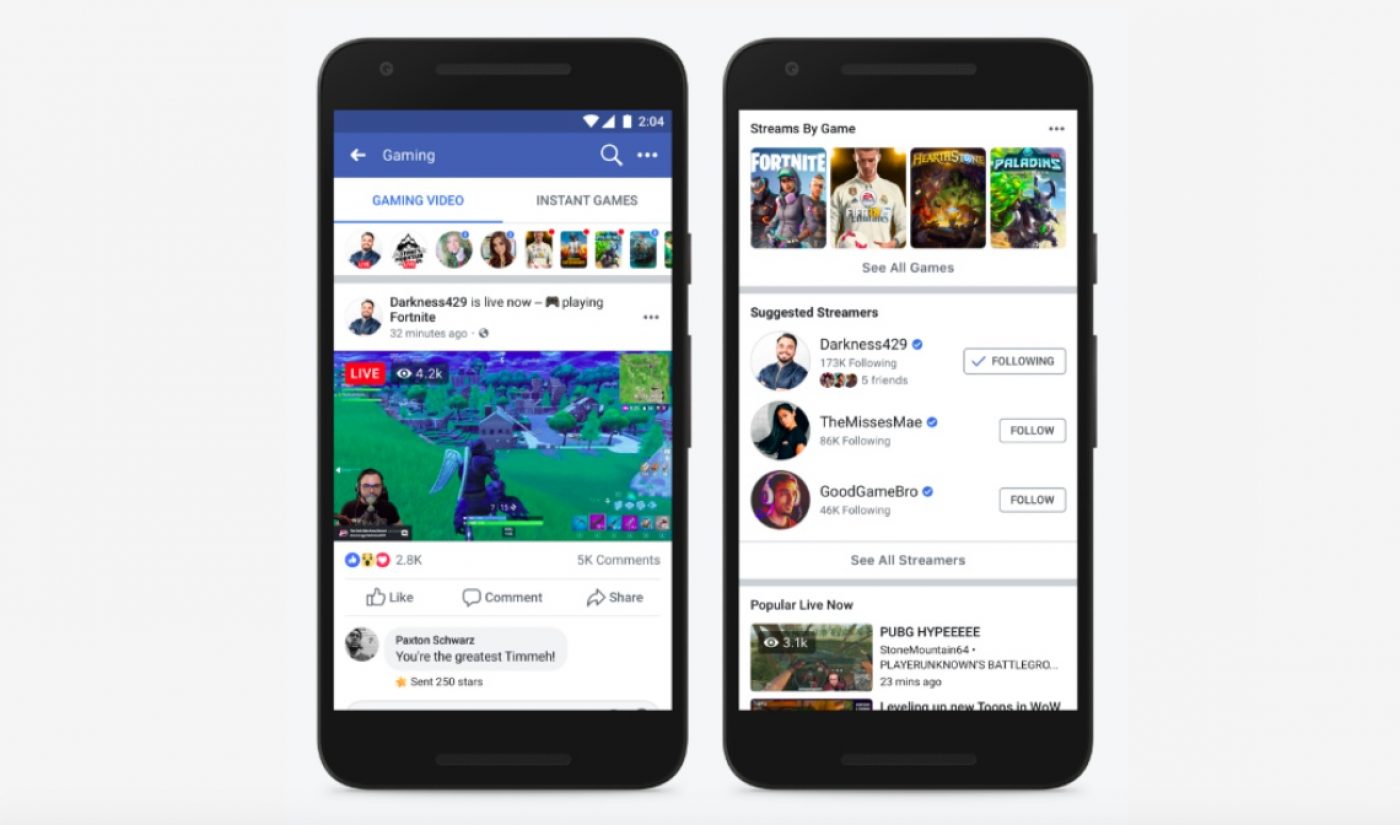 As the gaming industry prepares to descend on Los Angeles for the annual E3 Expo, Facebook is launching some updates to its own gaming infrastructure. Most notably, the social platform has announced fb.gg — a destination filled with streams and on-demand videos from Facebook’s top gamers.

Facebook has been courting the gaming industry since January, when it launched the Gaming Creator Pilot Program to offer financial support to streamers. Now, those creators will get more support thanks to the launch of the Level Up program, which will provide access to a feature that looks a lot like Twitch’s subscriptions: By purchasing virtual goods during streams, fans can support their favorite Facebook gamers. Level Up partners will also be granted access to new Facebook live streaming features as those updates roll out.

In addition to meeting its gaming community’s monetization needs, Facebook is also fostering the growth of their respective audiences. The fb.gg platform, which Facebook says it has been testing of late, is still in an “experimental phase,” but it already lets visitors discover top gamers (and the games they play) on Facebook. Some of those creators, such as Darkness429, have accrued six-digit follower counts in the early days of the Gaming Creator Pilot Program.

Facebook said Level Up will open up globally “in the next few months.” In the meantime, the platform is still soliciting partners for its Pilot Program. “We’re continuing to expand our gaming creator program — creators who are interested in joining can sign up here,” reads a blog post introducing the new features. “Several partnered creators are participating in our test of fan support via monthly payments, and in the coming weeks, we’ll add more partnered creators to that test group.”

To promote its new tools for gamers, Facebook plans to have a significant presence at E3, where it will set up its own booth. Details about the social platform’s E3 plans can be found here.