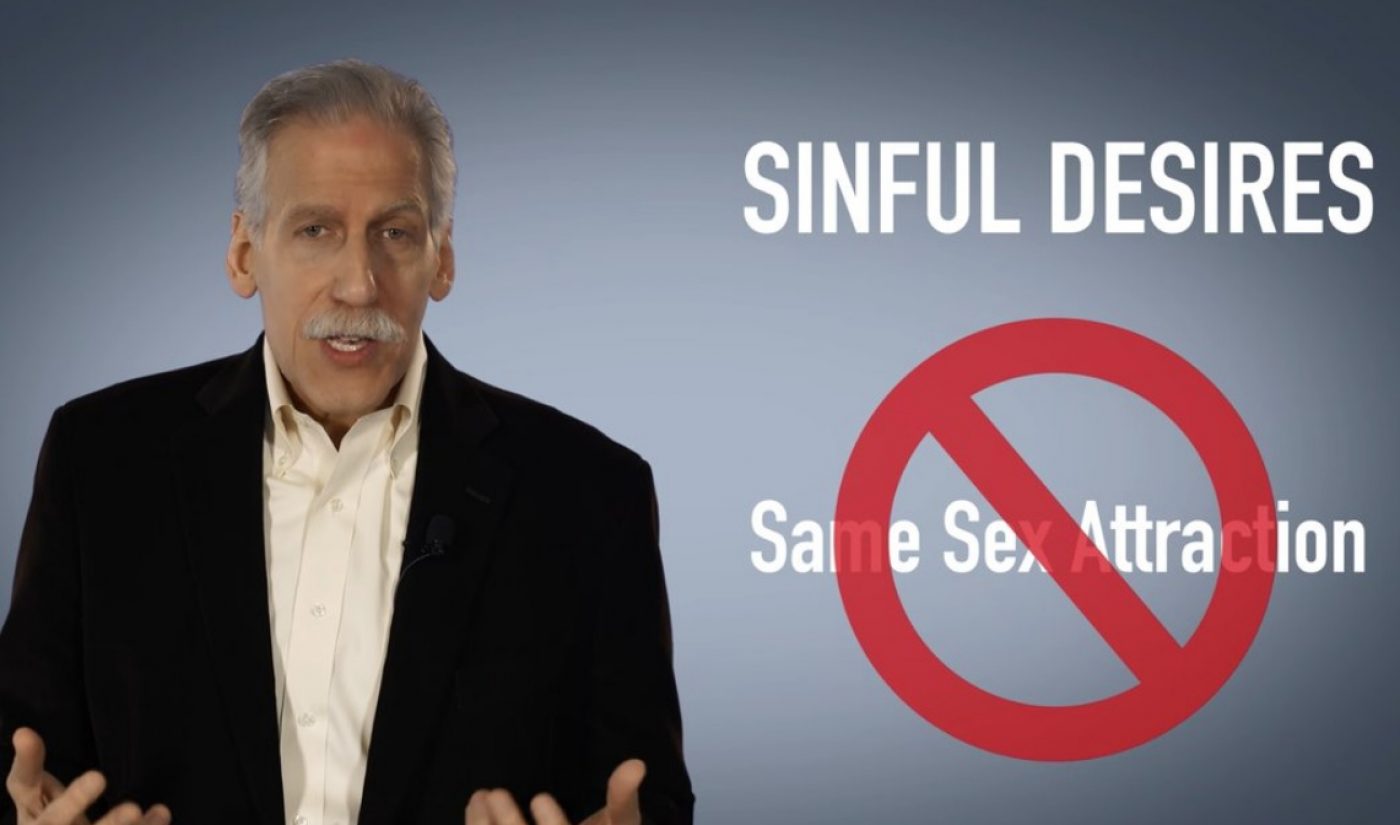 Pride Month is not even a week old, but YouTube has already been the subject of two controversies related to its LGBTQ+ community. Just days after creator Chase Ross called the video site out for apparently demonetizing videos with the word “transgender” in their titles, several videomakers — including Ross — have cried foul over anti-LGBTQ+ spots that have appeared as pre-roll advertisements ahead of their videos.

Singer Shannon Taylor was one of the first creators to notice the anti-LGBTQ+ ads, which have been appearing across YouTube over the past week. She spotted one that discusses the sort of “religious freedom” that was recently upheld in a widely-publicized Supreme Court decision.

I thought the whole point was to keep the site “non-political” & the videos “advertised friendly”.

What even is this garbage? pic.twitter.com/uJLoOjaxrw

Elijah Daniel, one of YouTube’s most prominent queer creators, said in a tweet that some of his viewers had been served additional anti-LGBTQ+ ads before his videos. In response, YouTube informed Daniel how he could opt out of individual ads, but a double standard is still evident: YouTube is holding creators to strict standards for the content they are allowed to monetize, but seems to be placing less severe restrictions on advertisers. Its a policy that serves as a “big slap in the face” to LGBTQ+ creators, according to a tweet from social star Adelaine Morin.

how fucking dare you @youtube? you restrict creators beyond belief with what we can have ads on, but dont screen ads like this before going live? and let them run on LGBT channels? for days? during pride month? lmao fuck you. @YTCreators @YTAdvertisers do better. https://t.co/m92nHh5Xaw

YouTube demonetizes some of their LARGEST creators in the LGBT+ community. Not only are THESE ads approved but PLAYING on their videos is just a big slap in the face. With this & subscription feeds not in chronological order, it’s getting very discouraging to press upload.

At least one of the ads in question comes from the Alliance Defending Freedom, according to The Verge. The conservative Christian organization has been classified as a hate group by the Southern Poverty Law Center.

“We have policies against ads on YouTube that incite hatred or promote discrimination, and all ads that run on the platform have to comply with these policies,” a YouTube spokesperson said in a statement provided to The Verge. “Even when an ad does not violate our policies, we understand that creators may not want ads from certain advertisers appearing on their videos. That’s why we give creators the ability to block ads from an advertiser in their AdSense account. We also give creators the option to block certain categories of ads if they choose.”

Many of the creators within YouTube’s queer community came to the video site because it accepted them, but now some feel at odds with the video site. As Ross told The Verge: “It’s like we can’t win.”